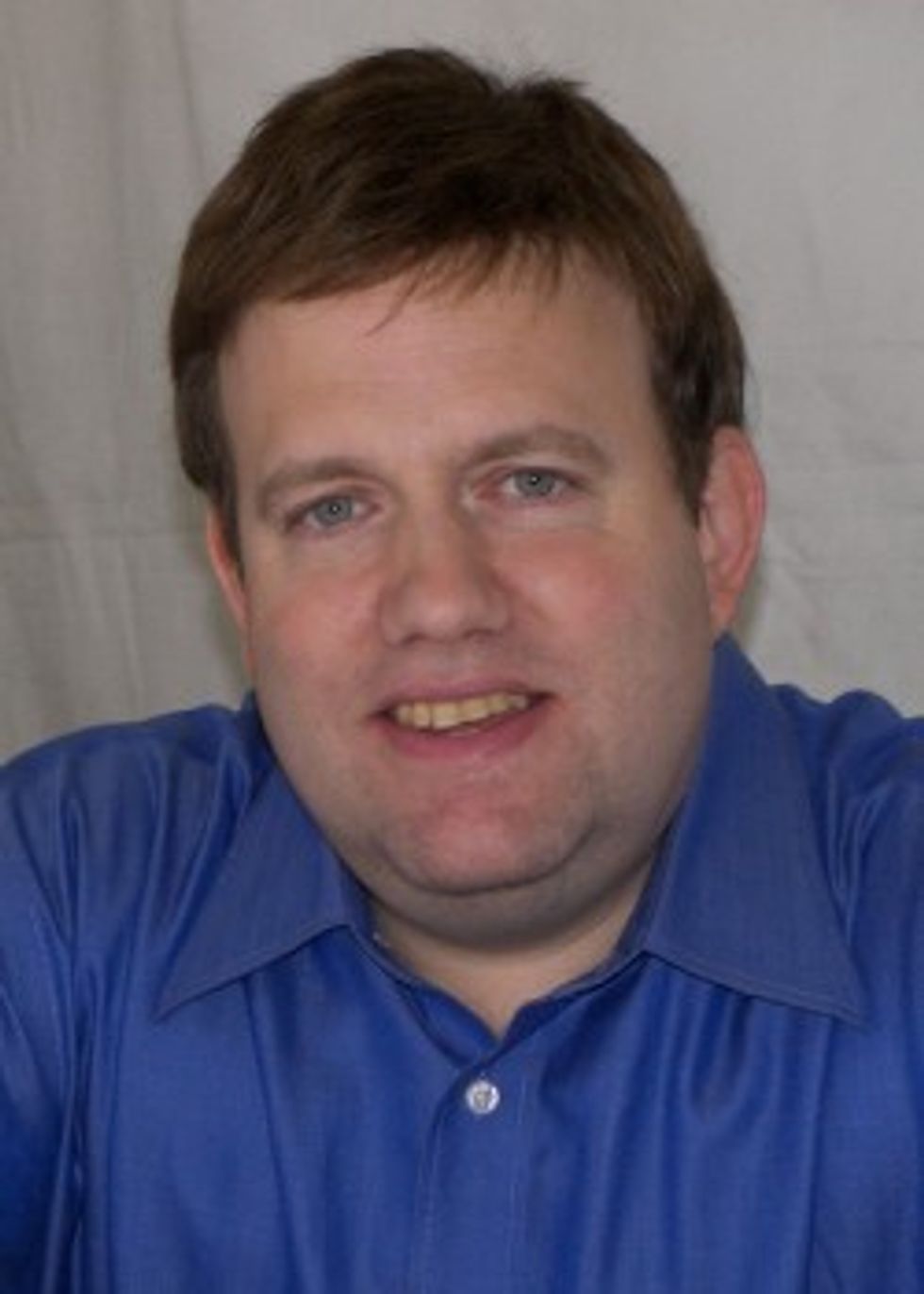 Frank Luntz, a man so morally upright he once took money in exchange for helping Pat Buchanan attempt to get elected president, has made his bones by studying the ways language can be used to generate emotional responses with voters, and then providing politicians with specific words and communication strategies “that will help his clients sell their product or turn public opinion on an issue or a candidate.” So with that in mind, let us write a lede that will convey an accurate emotional reflection of our feelings about Luntz and this recent newsitem about him. Howzabout … "Mealy-mouthed sack of shit Frank Luntz is having himself a snit, a fit, a conniption, a whiny-ass titty-baby tantrum because someone leaked a tape of him saying bad things about other Republicans." Yep, we think that about covers it!

Last week Luntz spoke at his alma mater, the University of Pennsylvania, at the invitation of the school’s College Republicans. During the event (which was open to the entire university) Luntz agreed to give his unvarnished opinion about the future of the Republican Party as long as no one recorded him. Assured that all recording devices were off, Luntz proceeded to launch a somewhat mild criticism of right-wing talk radio, calling it “problematic” and laying much of the blame for our current extreme polarization on conservative media figures like Rush Limbaugh and Mark Levin. Since the people who hire Luntz also must lovingly fondle Rush’s limp, dessicated nubbin in order to get the GOP’s base to vote for them, one can see why such comments might interfere with Luntz’s future income prospects.

(Let us pause here to marinate in the irony of Frank Luntz, a man who in the mid-1990s helped Newt Gingrich write a memo encouraging Republicans to refer to Democrats using words like “sick,” “corrupt,” "radical," "pathetic," and “traitors,” a man who just four years ago encouraged the GOP to describe healthcare reform as a “government takeover” in order to scare people and defeat the legislation, complaining about the extreme polarization resulting from the language used by Republican Party apparatchiks in the conservative media. And doing it in the same speech where he had just cracked a Nancy Pelosi facelift joke.)

Of course one of the students in attendance lied when he said he had turned his iPhone off, and he promptly sent the recording of Luntz’s remarks to David Corn, who is becoming a clearinghouse for this sort of thing. Frank Luntz, a vaunted member of the Party of Personal Responsibility, immediately owned up to his comments, reiterated his belief that right-wing media is a barrier to rational discourse, and used the incident to launch a much-needed conversation amongst Republicans about the future of the party and whether the batshit insane crap spewed over the airwaves every day by the likes of Limbaugh in any way serves the national dialogue and HAHAHAHAHAHAHAHA HOOOOOOOOOOO OH BOY HAHAHAHAHAHA!

Whew, we almost got through that with a straight face. Actually, what Frank Luntz did was announce that he would never speak at Penn ever again, and would discourage others from doing so. He also announced he would discontinue a scholarship he endowed in his father’s name that allows students to travel to Washington D.C., presumably to meet very important, brave, principled political figures like Frank Luntz. Sorry, Penn students! We guess you will all have to consider careers in other fields. Maybe even try something that does not revolve around lying.