Franklin Graham Thinks We're Gonna Shoot His Followers For Being Bigots, Like We Have Time For That 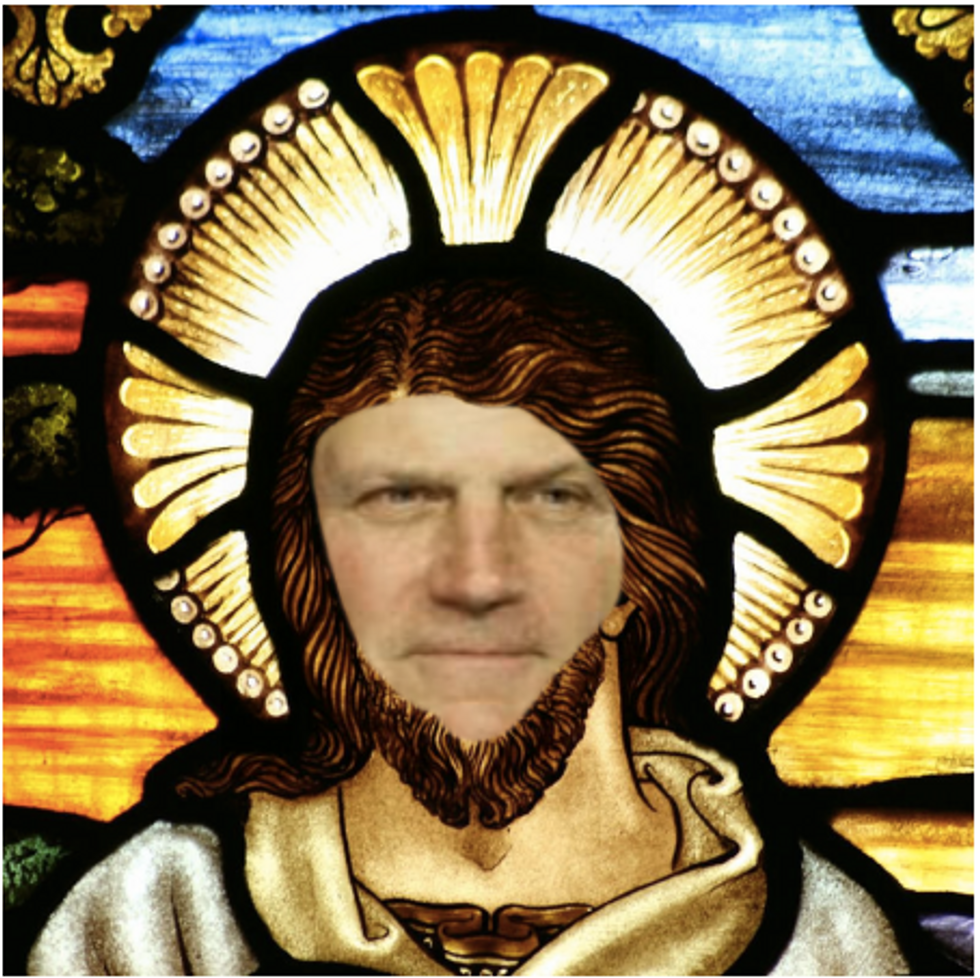 Last night, Franklin Graham, scion of Billy Graham, asked all his Facebook followers a very serious question: "What would you take a bullet for?"

In case you were wondering what thing it is that they are supposed to take bullets for, it is demanding that trans people use the wrong bathroom, which Graham has been ranting about for the past week or so.

Who does President Barack Obama think he is? The sultan of Washington? Does he think he can just make a “decree” and we will bow down and simply obey? The decree he released today says that all schools across the country have to allow students to choose the restrooms and locker rooms according to “their internal sense of gender.” If schools don’t comply, he threatens loss of funding and lawsuits from the federal government. What about the privacy and protection of all the other students? Isn’t this discrimination against all of them? This opens up bathrooms to sexual predators and perverts. A decree does not carry the force of law–that's the job of Congress. The president obviously must have no fear of God, who made us and created us male and female. I hope that school districts across this nation will defy President Obama and his administration’s radical progressive agenda to promote and advance the sin of homosexuality and the LGBT agenda.

BLAH BLAH BLAH. Naturally, many of his followers agreed that they would definitely be willing to die for this important cause, what with that being on the table and all. First comes "Hey, could you let people pee?" and next come the jackboots and the FEMA camps and the homicide.

Look, Franklin. It's not that I don't get the whole "martyr" thing. I totally do! I read "Lives of The Saints" at my Nonnie's house one time when I ran out of Nancy Drew books! And I can see how that might be a tantalizing prospect for some of your people. It's a straight up "Go To Heaven Free" card if ever there was one. But, as someone on the other side of this, I find it to be something of an imposition. First of all, I do not even own a gun. You expect me to go out, buy a gun with my hard-earned blogging dollars, and -- despite not particularly liking guns or violence and kind of having a "thing" about blood -- go and shoot your followers just so that they can become martyrs like the guy from Designing Women or something? Really? I've got laundry and dishes to do! I owe people freelance! I haven't even made coffee yet this morning! Ugh, god, gimme a sec, I'm gonna go do that.

OK! That's better. AS I WAS SAYING. I have like, basically no time available to go around murdering people for being weird bigots who go around crying about having to share a bathroom with a trans person, which they have doubtlessly already done 40 bajillion times already in their life without even knowing it. If I did, I would use that time to take a nap. I think I can speak for nearly all of us on the Left when I say this. Plus, oddly enough, I do not feel like going to jail.

I wouldn't even say anything, but this whole thing where you expect us to go homicidal on you so you can be martyrs is getting to be a bit of a recurring theme with you people. Like this one Jack Chick comic that says we have to behead you so you can go hang with Jesus after the Rapture.

Ew, no, sorry. You're gonna have to behead your own damn selves, because that is gross and I don't even believe in the death penalty.

Quite frankly, Franklin, you are not going to find anyone who is going to be willing to shoot your people for being weird transphobic bigots. This is going to go down like literally every other time we have fought these dumb battles with you. You will cry and cry and cry for a while, and we will win through totally legal, non-homicidal means. Soon, you all will get over it and in 40 years you will be talking about how obviously you were always on the side of trans people, because Caitlyn Jenner was a Republican. And hey! This time you will actually be right about that, unlike how you insist that MLK was totally a conservative Republican who totally hated abortion and the gays even though he won all the Margaret Sanger awards and had Bayard Rustin for a BFF.

Or you could just speed up that process and save us all a lot of headaches, and then we can all take naps and do our laundry instead of arguing with you about stupid things.