Free Republic Geniuses Would Like To Be Part Of England Again, To Escape Socialism 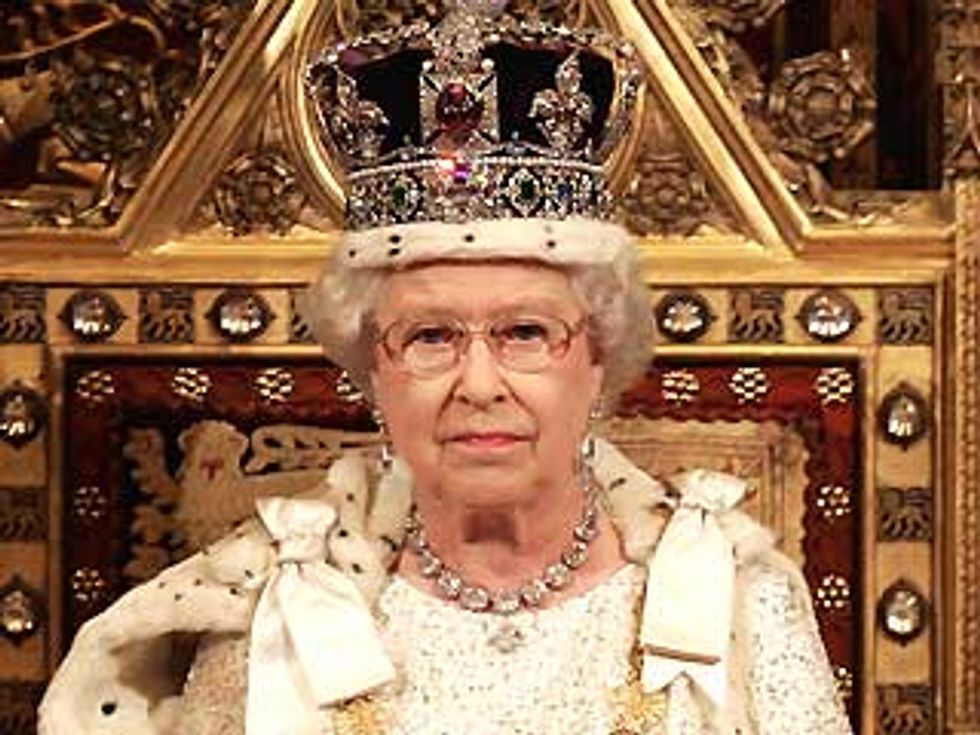 Oh look, some super-brilliant science nerd at the Free Republic has written anOpen Letter to the Queen of Englande! It is full of incontrovertible facts, like how we must rejoin the British Empire, because Barack Obama is socialist. But wait! you are shouting at yourself, while scratching your belly, isn't the United Kingdom sort of the place that invented "socialist"? Shut up, that's why! Behold the wit and waggishness, after the jump!

We, the people of the former American colonies, would like to offer our most sincere apology over that little misunderstanding we had 236 years ago. Had we known that we were going to be subjects anyway, we could have saved a lot of trouble and hard feelings.

We were under the mistaken belief that we would be free, sovereign citizens; we believed that our hard work would yield its own rewards without someone coming along and taking what we built in the name of “Fairness”. We thought our laws and Constitution would protect us from a foreign born dictator, and our freedom to worship would prevent us from becoming a corrupt, morally bankrupt society (silly us).

Little did we know that our own free press would intentionally sabotage, deceive and withhold the truth from us in order to reelect a Socialist that still holds distain for our nation and contempt for its founding principles. Nor did we believe that there would be so many citizens dependent on government handouts that they would blindly elect an unqualified charlatan, let alone reelect him.

Anyway, Your Grace, we are truly sorry and humbly sincerely beg your forgiveness. If you can find it in your heart to forgive us and take us back, we promise never to trade British oppression for Socialist tyranny again.

Your most humble servants,

We are sorry to have to point out some inconvenient facts to the hilares Free Republic. Like, Britain's income tax has been progressive since William Pitt the Younger? (LIKE, BEFORE KARL MARX EVEN, WHA?)

Also, they totally invented a little something called "socialized medicine" ... a hundred and one years ago! They hadn't even shot the Archduke Ferdinand yet! That is how long ago it was!

So if it is not really the need to escape socialism that is prompting the sad wingnuts' desire to commit treason, we wonder what on earth it could be?