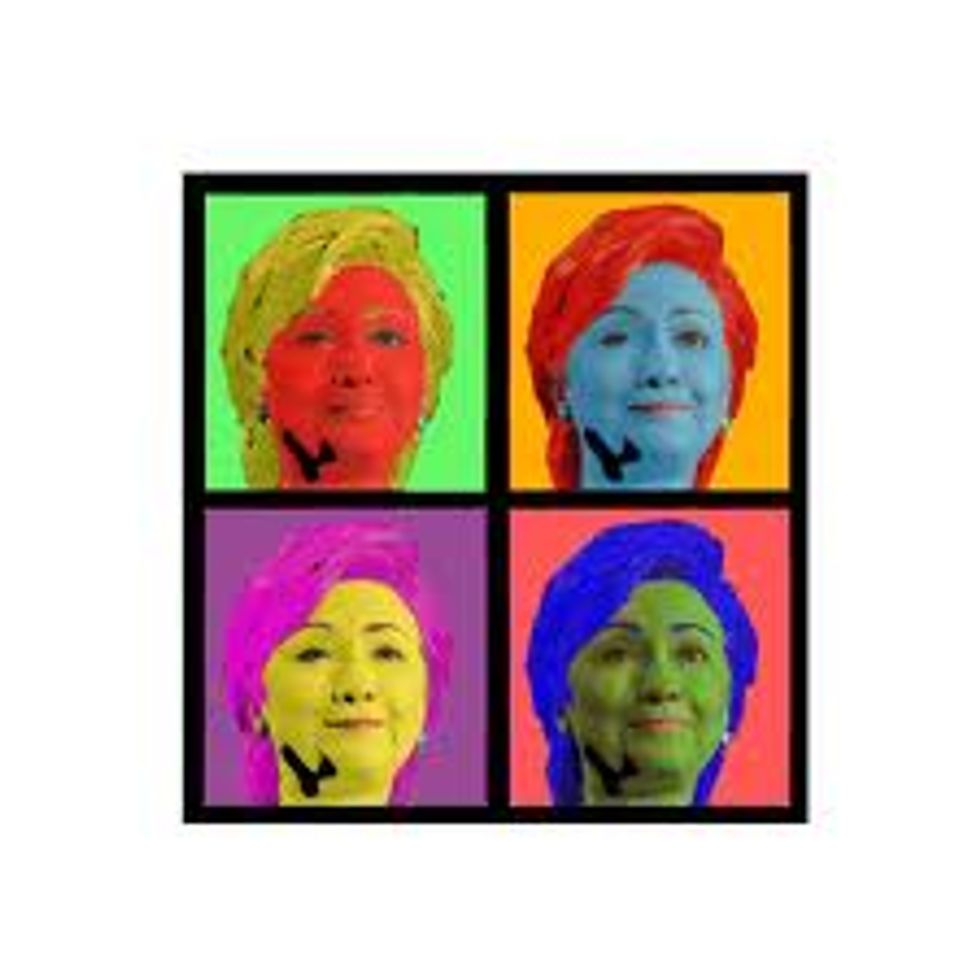 What is it with these Democratic First Ladies? First Hillary Clinton put dildoes and crack pipes all over the White House Holiday Bush, and now Michelle Obama is decoratingher Holiday Bush with pictures of drag queens and Mao Tse Tung! What is next? Jars with rapebortions in them? PROBABLY.

From the fever dreams of the "Catholic" League's fringey nut job, Bill Donohue, and the first installment of his very TL; DR on Obama's War on Religion:

Christmas did not escape without controversy. For reasons never explained, the White House Christmas tree was adorned with ornaments depicting drag queens and mass murderers (Mao Zedong was featured; he killed 77 million of his own people).

What is Bill Donohue talking about? Is it even possible there could be some kind of germ of truth to this story? It turns out ... yes!

Putting up ornaments with Andy Warhol's Mao and popular lady-man Hedda Lettuce was probably not a great idea, but nobody really cares that much except Bill Donohue, who uses the anecdote to lead off his whole "Obamas Hate God" shtick, which includes many, many paragraphs about "In God We Trust" and a time Obama didn't say "endowed by the Creator" and lots and lots of et cetera.

But now we have to wonder whether Hillary Clinton really did put those butt plugs on her Holiday Bush.

Some of the ornaments were silly and some were dangerous, like the crack pipes hung on a string. We couldn’t figure out what crack pipes had to do with Christmas no matter how hard we tried, so threw them back in the box. Some ornaments were constructed of various drug paraphernalia, like syringes, heroin spoons, or roach clips, which are colorful devices sometimes adorned with bird feather and used to hold marijuana joints.

We are going to go with "yes."