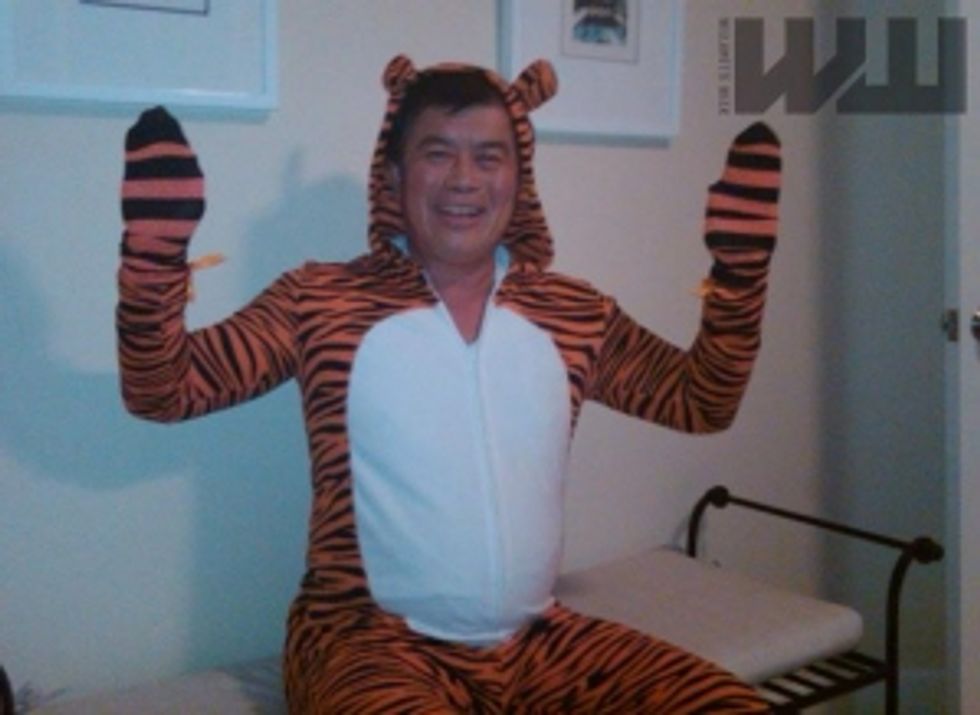 Who wants to hear about boring old "debt ceiling" issues such as old people being pushed into landfills because of no more money? What America needs is a Way To Laugh Again, and it got that bouquet of clown farts Sunday night as Madame Ex-Speaker Nancy Pelosi called for an official inquisition against Oregon's best-loved weirdo in Congress, Representative David Wu. What did Wu do, you ask? Well, his whole staff quit as soon as he was elected last year, and the bizarre"dressed in a tiger furry costume" self-pix he sent to everyone was just part of the problem. The latest outrage is that Wu allegedly "had an unwanted sexual encounter with the teen-aged daughter of a campaign donor." Well if he didn't want it, why did he (allegedly) do it? Oh wait, right, it was the teen who said DO NOT WANT to sexytime with a freak politician, maybe?

Pelosi called for the investigation after reported accusations that the Oregon Democrat had an unwanted sexual encounter with the teen-aged daughter of a campaign donor.

But it will be fine, everybody, because David Wu says he's been getting psychiatric treatment since February. And now that he's in the House, experts say he will soon realize all his aberrant, awful behavior is the norm in Congress.

This should allow the Tea Party/Koch Brothers wing of American Politics the chance to sell off the national parks and make "thinking 'bout Muslims" punishable by death. [Reuters/USA Today]