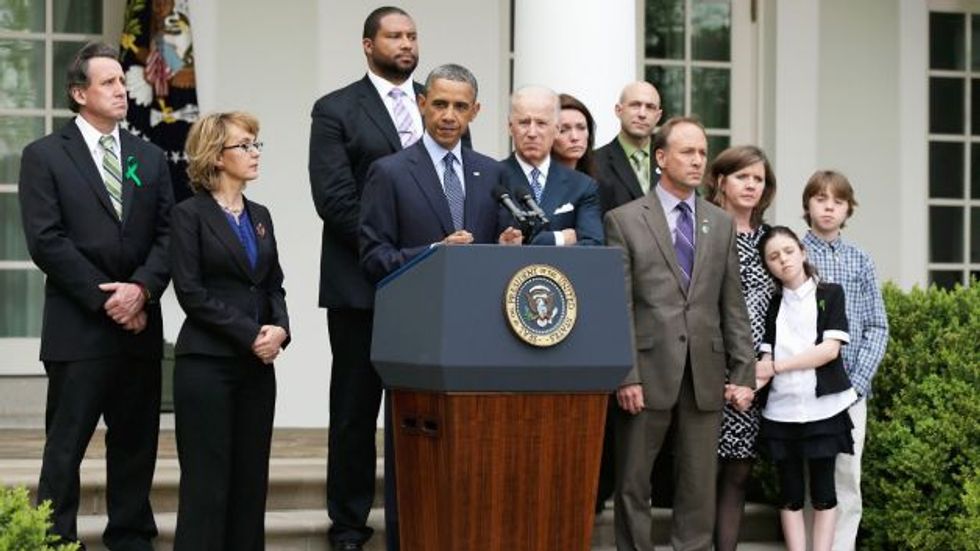 Senators say they fear the N.R.A. and the gun lobby. But I think that fear must be nothing compared to the fear the first graders in Sandy Hook Elementary School felt as their lives ended in a hail of bullets. The fear that those children who survived the massacre must feel every time they remember their teachers stacking them into closets and bathrooms, whispering that they loved them, so that love would be the last thing the students heard if the gunman found them.

People have told me that I’m courageous, but I have seen greater courage. Gabe Zimmerman, my friend and staff member in whose honor we dedicated a room in the United States Capitol this week, saw me shot in the head and saw the shooter turn his gunfire on others. Gabe ran toward me as I lay bleeding. Toward gunfire. And then the gunman shot him, and then Gabe died. His body lay on the pavement in front of the Safeway for hours.

I have thought a lot about why Gabe ran toward me when he could have run away. Service was part of his life, but it was also his job. The senators who voted against background checks for online and gun-show sales, and those who voted against checks to screen out would-be gun buyers with mental illness, failed to do their job.

Why does Gabrielle Giffords insist on shaming everyone, with shame? She should be more ladylike.

Also, she probably didn't even write that herself. GOTCHA.

Because of how she got shot in the head.