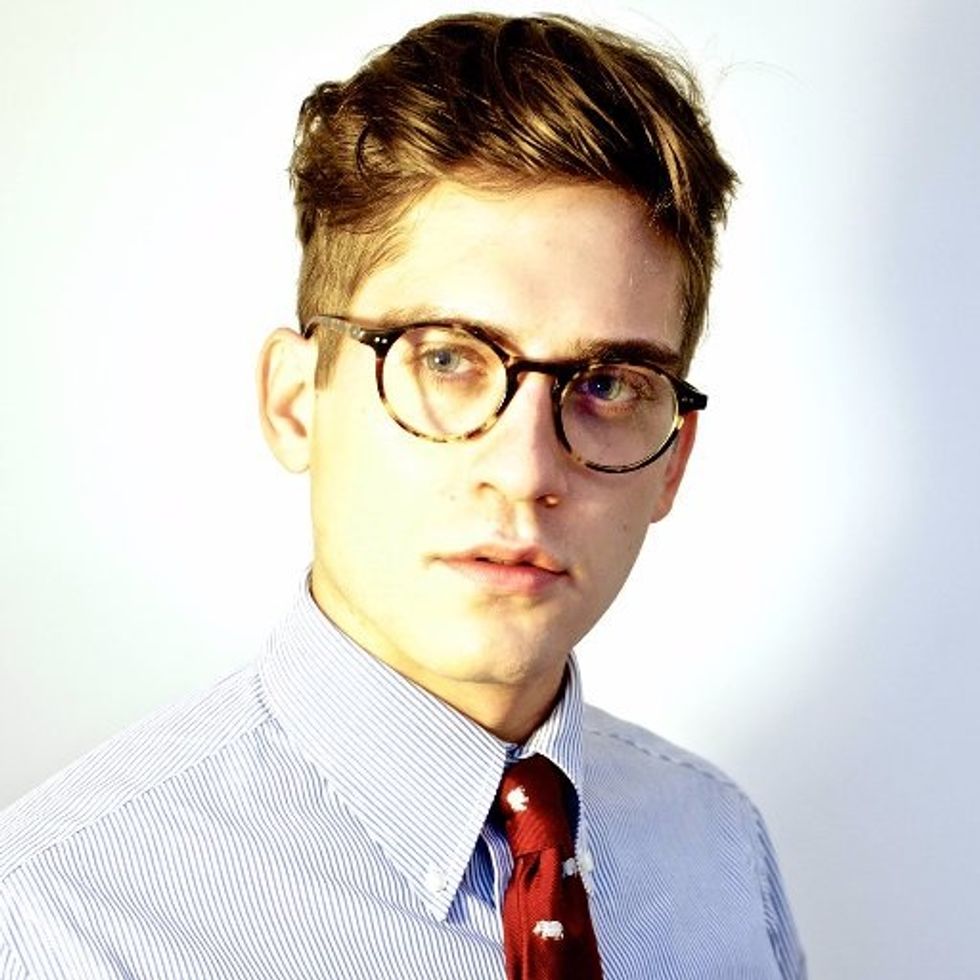 Seriously, this can't be real.

As everyone knows, Antifa is planning a civil war starting either tonight or Saturday (or both!!!), so it stands to reason that the Stupidest Blog on the Internet, Gateway Pundit, is ON IT, with an article by the site's WHITE HOUSE CORRESPONDENT (Jesus), Lucian Wintrich, warning about Antifa's very real plans to murder all the white parents:

Oh goody, the gun-humpers are het up about a fake threat again, and some seem ready to go looking for trouble.

A bit of context here: "Tom Bloke" is some guy on Twitter who likes to write funny stuff; he's no more a "leader of Antifa" than he is the Sheikh of Araby,the Duke of Dubuque, or the Pompatous of Love. The now-deleted tweet about "millions of antifa supersoldiers" was a copy of some trolling that had caused the brief suspension yesterday of another Twitter humor person, "Krang T. Nelson," who is also not a leader of Antifa. And of course, the reply Wintrich says was the "top subtweet" (later edited to "reply," since that's not what a subtweet is) was pretty obviously a joke about violence in cartoon form (and no, the guy who wrote it doesn't normally write like that, either).

Wintrich didn't bother with any further discussion of the tweets' content, because then he might have to address difficult questions about Antifa's plans for municipalities without town squares, or where one gets Acme TNT since the company was sued out of business by Wile. E. Coyote. Nah, he then wrote a very funny humor piece about who "Antifa" is, with this hilarious bit of rightwing satire:

Primarily comprised of white, pale-skinned, stick-thin men, and obese pimple-ridden women, Antifa hide behind masks to both disguise their grotesque appearances and to feel “united” with the others in their group. Their primary interests revolve around devolving the state and working outside of the parameters of our democratic and capitalistic system. When they do work within our system, they will attempt to apply “anarcho-syndicalism”, a view that appropriates industrial unionism as a way for the workers of a democratic/capitalistic society to seize control of the means of production in an effort to influence and control the society at large. They champion Marxism and believe that, through the implementation of Communism, they will have more individual control than under capitalism (a hilariously naïve belief).

Spoiler: Wintrich then went on to explain that communism is bad. And no, that's not how "comprised" is used.

So, sure, Wintrich was happy to post a couple of dumb tweets and present them as proof that "Antifa leaders" are planning to mobilize MILLIONS OF SUPERSOLDIERS for a day of public murder, because rightwing rage is always good for pageviews. But we are faced with an epistemological dilemma: Did Wintrich know the tweets were trolling and just toss them into what one of the tweeters calls Gateway Pundit's "current events fanfic" just for the sake of trolling his own readers (many of whom took it 100% seriously), or is Wintrich just that stupid, too? Truly this question of whether someone is in on the joke is a puzzle worthy of the scene in Zoolander where the models are arguing about whether they got the styling gel joke:

The Tweetosphere sure had a lot of fun with it yesterday, with many amusing replies to both tweets warning "the capitalist oppressor will hold up a sign that says “uh oh” and then they will fall off a cliff" and "I for one will be dropping anvils and pianos from my window on any PATRIOT I see. I will snicker when their teeth are replaced by piano keys" and our favorite: "White Americans led us to wall with pAInting of tunel but we run thru abyway. They tri follow but get flat like pancake. Hail Markx."

And of course there were plenty of Internet Tough Guys vowing to kill the Antifa terrorists who threaten their families with all that Acme TNT:

As for Wintrich? We're pretty sure he's taking the piss, but pretending to be super-serious, as an email exchange he Tweeted yesterday suggests. Chris Caesar, a reporter from Mic, asked him whether he really thought "Tom Bloke" was any kind of Antifa leader, or that the tweet was actually calling for violence, so Wintrich replied, duh, the guy's certainly followed by leftists, so obviously he's a thought leaderer.

We'll assume Wintrich called the guy "Nick" just to troll him, because Wintrich is one edgy humorist. Still, at least he included the follow-ups, first from Chris Caesar, then Wintrich's reply:

Gotta love the logic there: Antifa has no leaders, but "many" members of Antifa follow this one guy on Twitter. Ergo, he is an Antifa leader.

Wintrich followed that exchange with an update to his Gateway Pundit story that mostly reproduced his first reply to Chris Caesar and decrying those evil leftists who so casually "joke" about murdering white people:

UPDATE: Far-left radicals now claiming it was a “funny joke”

Multiple far left radicals have taken to Twitter and various blogs to claim this initial tweet was a “joke.” As written to MIC, Twitter user Tom Bloke is not only a thought leader of the far left; people on the far left who push certain ideologies or, in this case, the normalization of anti-white violence/rhetoric under the guise of “humor”.

And what far-left radical blog did he link to there? Twitchy, the rightwing tweet-compiler with nine fulltime staffers (or at least it had them once; who has bothered to check lately?), which made fun of Wintrich for the story:

Hey, there are lots of Internet trolls and anyone could make that mistake, right? Heck, we spend many a day writing about those same trolls … of course, we’re usually MOCKING them and not taking them seriously but we get it.

Obviously, anyone who would mock Wintrich as "an embarrassment to the profession" has to be a far-left radical. That, or Wintrich knows exactly what he's doing and is truly taking the piss. He's pretty meta that way. Like that time he called for some Native Americans to be deported to Mexico. Or that time they let him into a White House press briefing where he did the FAKE "white power" sign, but IRONICALLY.

Yr Wonkette is supported by reader donations. Please click here to help us in our mission of hitting the alt-right in the face with a frying pan, and when the pan comes off their face is now shaped like a frying pan face.