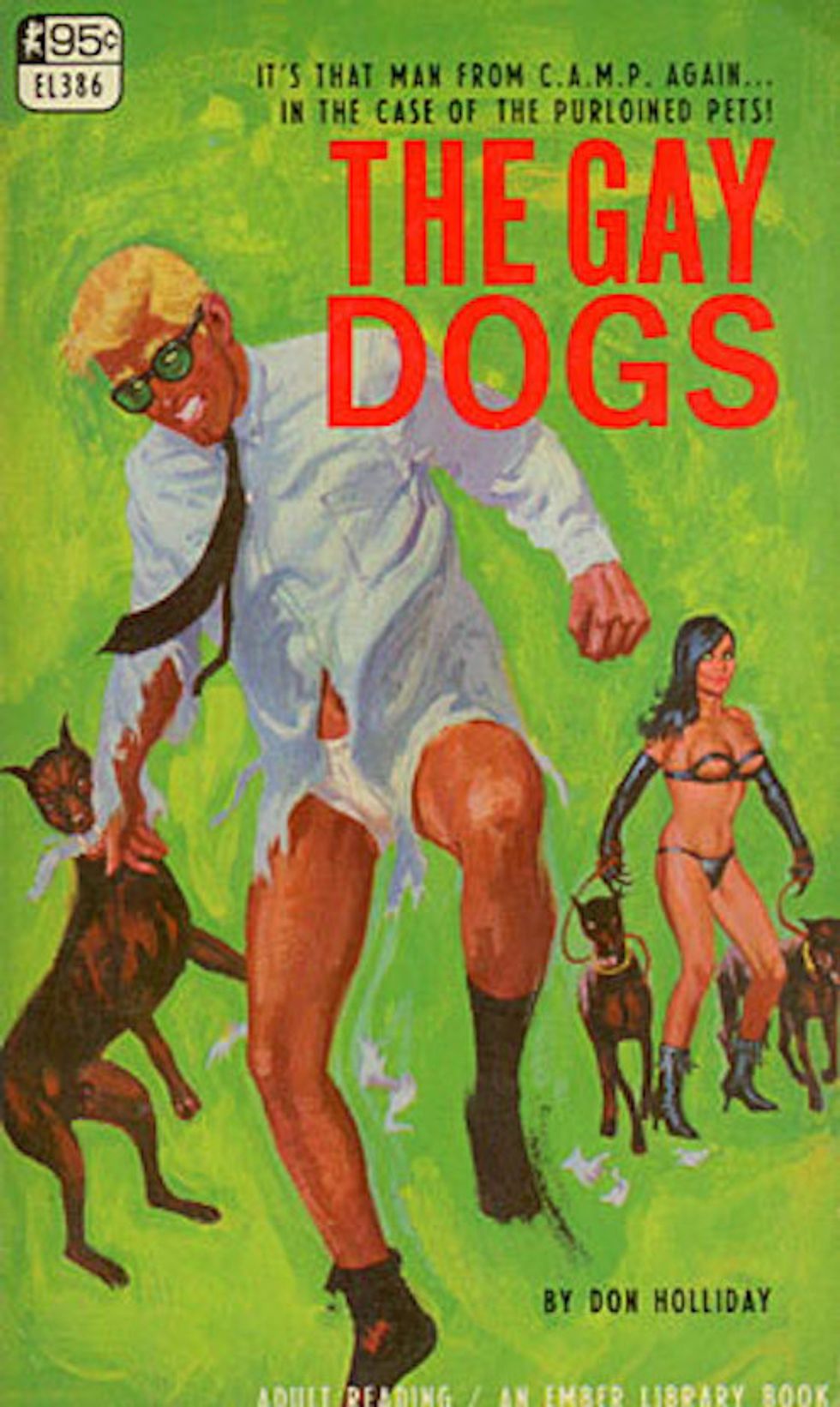 Oklahomans insist on electing something called a Sally Kern, a human-shaped object whose sole and all-consuming function is to fret about the gays and hate the gays, including asserting that the gays are the worstest terrorists alive, worse even than Muslims, along with the more garden variety leads to pedophilia bestiality yadda yadda yadda we've come to expect from her kind. But Kern really stands out from the rest of the gay-fearing/gay-hating crowd because of her unceasing willingness to always say the exact same things while also too shilling for her ridiculous book, The Stoning of Sally Kern.If you people love us, you will clicky clicky through that link and buy a copy of that thing and do a book report on the persecution of Sally Kern.

So, how is Sally Kern mad about the gays today? Is it because gays are the real haters, for not liking being hated?? YEP!

Kern told Parshall that she was outraged that people wanted to make her seem like an “idiot” for simply stating that “the homosexual agenda is a bigger threat than terrorism.” [...]

She lamented that gay rights advocates “try to ridicule you and make you feel like an idiot so that you’ll be intimidated and not speak out anymore.”

Hmm. The blissful net effect may very well be that you stop speaking out, but we're pretty much mostly interested in ridiculing you, lady. And you need no help whatsoever to feel like A Idiot, because you have that covered in spades. Let's face it. You make it really really easy to mock you when try to explain that sure, you called the gays more dangerous than terrorism and said that they were like a cancer, but she totally means that with love!

"All I meant was, all I was saying was the homosexual agenda is destroying people’s lives. More people have died from AIDS than have died from a terrorist attack here in America. It’s destroying the moral fiber of our nation, that’s all I meant.” [...]

“There was just so much hate, they accuse me of being hateful, and I never once said anything hateful.”

Oh, well then! Thanks for clearing that up! All you meant was that the gays were terrible awful destroyers of the country and more deadly than terrorists, but there is just no way you should interpret that than anything other than a full-throated yelp of love for the gays. But yet the gays insist on stoning Sally Kern AND Jesus with their evil words like "hey we do not think we are terrorists" and "we think it would be nice to get married, maybe." When will their reign of terror end? When will Sally Kern ride atop a steed, strong and proud and tall, and save us all from the filthy terrorist AIDS murderer gays, who she totally loves? Soon, we hope, because if Sally Kern wins, at least we wouldn't have to hear any more about the persecution of Sally Kern.