George Will: Income Inequality Is Good So Poors Should Shut Up 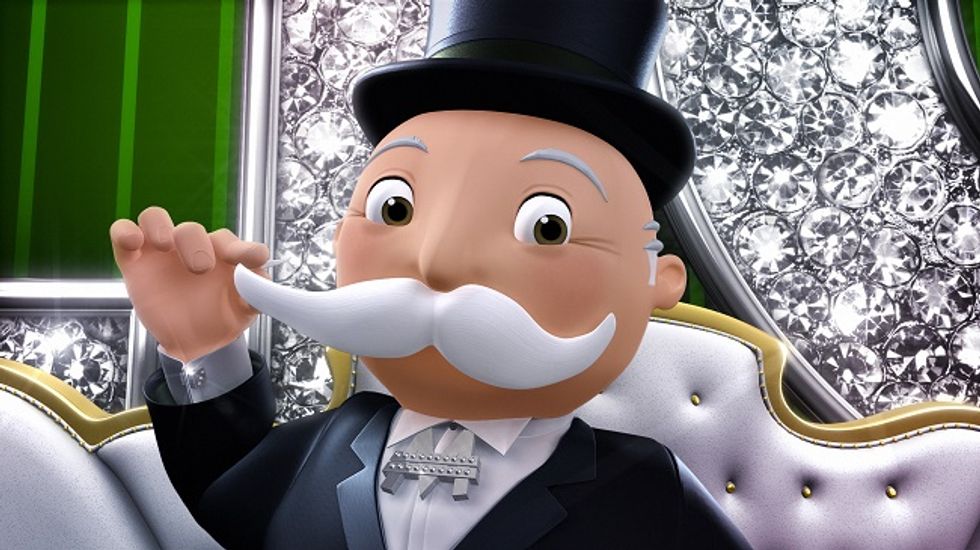 A cry rang throughout the home of bowtied wax statue George Will, and that cry was “Mother! Father got into the cooking sherry again! He’s locked in his study gibbering like a baboon! Bring me a butterfly net and some spring training box scores!”

Or there is the other explanation for this column, which is simply that George Will is an asshole. Yeah, that seems more likely.

Will spent his allotted 800 words in Fred Hiatt’s Page of War Porn Masturbatorium the other day babbling about the insights he found in Popular Economics: What the Rolling Stones, Downton Abbey, and LeBron James Can Teach You About Economics, a fantasia from a Forbes editor with the hot take that income inequality is good. Absent from Will’s piece is any notice of what happened the last time the income inequality gap in America was as high as it is today, but that’s for the little people to worry about. When the revolution comes, George and his family can barricade themselves in a gated community somewhere and hope that the hordes can’t find a ladder.

Chinese workers, many earning each day about what Americans spend on a Starbucks latte, produce apparel, appliances and other stuff cheaply, thereby enlarging Americans’ disposable income.

And yet, the wage stagnation of the last 40 years means the buying power of this disposable income is not nearly what it was when George was yelling at Catfish Hunter for having hippie hair. Which is partly why so many people have to work two or three jobs just to pay for bare necessities like rent and food even while household debt has exploded. We’re sure George would have tackled that issue if he had more room. Someone tell Fred Hiatt to give him 1600 words next Thursday.

In the early 1970s, when the Rolling Stones were coining money and Britain’s top tax rate was 83 percent, Keith Richards, guitarist and social philosopher, said: “That’s the same as being told to leave the country.” The Stones decamped to France, leaving Britain, Tamny notes, to collect 83 percent of nothing.

Counterpoint: J.K. Rowling. The Rolling Stones can piss right off. They were way overrated anyway.

Americans execrate “outsourcing,” which supposedly involves sending “American jobs” overseas. Well. Nike employs 40 times more manufacturing workers in Vietnam than in the United States, but it could not afford as many American workers as it has without the efficiencies of outsourcing.

Oh George? The entire population of the Rust Belt would like a word with you outside. They are easy to find, just walk toward the torchlight.

Actually, Americans incessantly “outsource” here at home by, for example, having Iowans grow their corn and dentists take care of their teeth, jobs at which Iowans and dentists excel and the rest of us do not.

What the fuck does this even mean? Congrats to Iowa on having arable soil! Would mentioning the huge agricultural subsidies paid out of our tax dollars be too gauche? George Will must have cried at Field of Dreams for all the wrong reasons. “All that beautiful corn gone! He’s reduced his family’s earnings potential! What kind of anti-capitalist garbage am I watching?”

The best way to (in Barack Obama’s 2008 words to Joe the Plumber) “spread the wealth around,” is, Tamny argues, “to leave it in the hands of the wealthy.” Personal consumption absorbs a small portion of their money and the remainder is not idle. It is invested by them, using the skill that earned it.

Jesus Christ investing everything in bitcoin, this is so demonstrably false we want to grab George Will’s bowtie and shake his head back and forth. The wealthy park as much of their already-barely-taxed income (which mostly comes from complicated investment interests and the estates of dead relatives) in as many shelters and offshore accounts as they possibly can, where it sits – wait for it – idling. As for the idea that any of the money gets invested, all one has to do is look at the actions of the family that owns the Wal-Marts that George mentioned at the top of his column to see what it gets invested in. Rare artwork. New York penthouses. Lobbying politicians to keep their tax rates low.

One thing that money doesn’t get invested in is the Waltons’ employees, which is why so many of them have to collect social welfare benefits even after working full-time. And who pays for those benefits? The taxpayers who send their tax dollars to that “confiscatory government” that George Will doesn’t trust to handle his money.

God almighty. Someone put George Will out to pasture already. We think there’s a nice baseball field in Iowa he can sit and stare out all day and fertilize the nearby corn with his crap instead of making the rest of us read it.