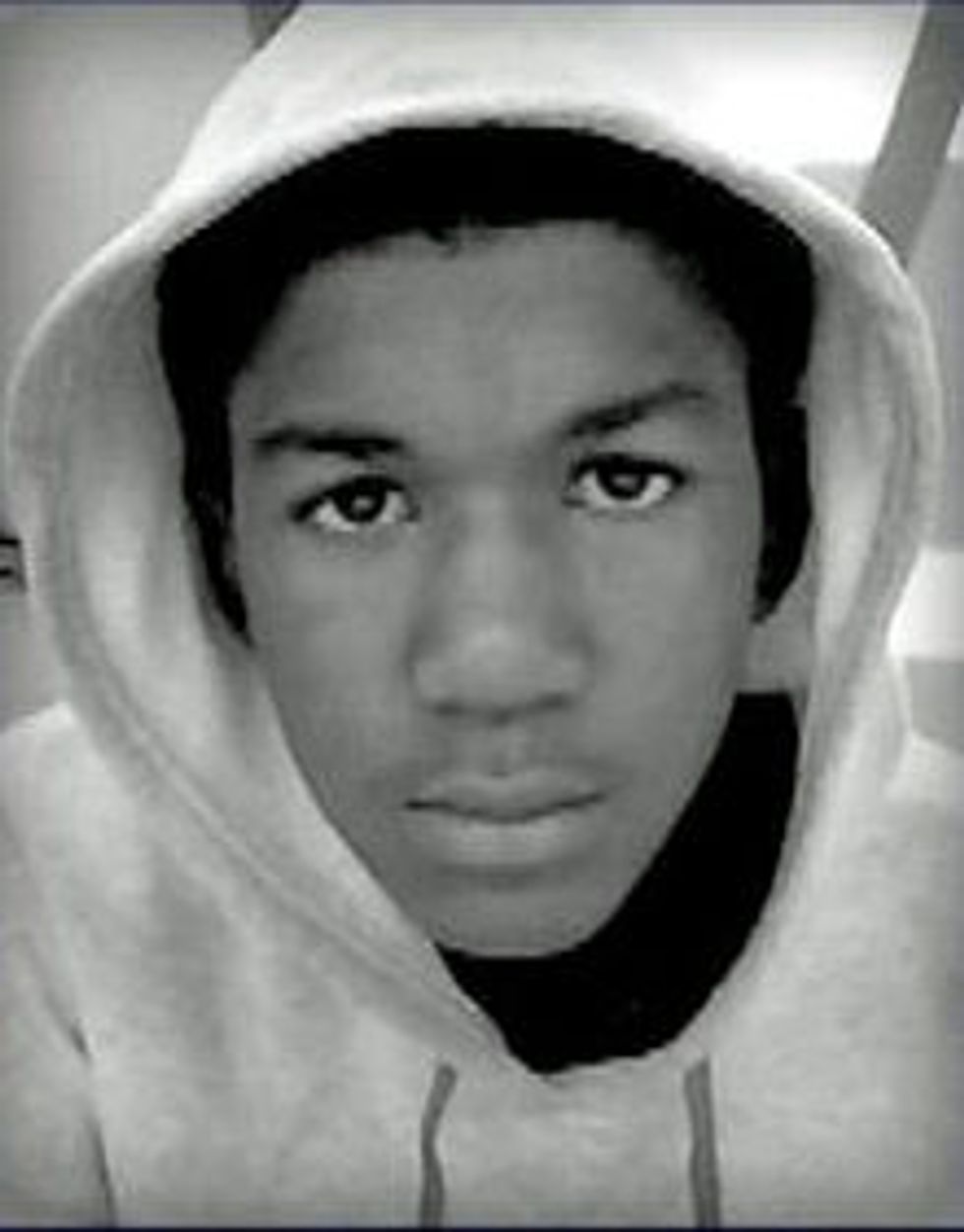 George Zimmerman has been found not guilty of second degree murder in the February 26, 2012 shooting of Trayvon Martin.

There's eventually going to be plenty of idiotic stuff that will be said about this by the usual people -- Tucker Carlson's Internet Dry Heave 'n' Dogwhistle Repository is undoubtedly writing most of Wonkette's content for the coming week at this moment -- but for right now, we're feeling more than a little sick to our stomach. Wingnuts have been spending the last few weeks salivating over the prospect of riots in the wake of a not guilty verdict; let's hope that they end up disappointed. Already tonight, we've had the obscenity of Zimmerman's defense attorneys playing the role of Sore Winners, calling Zimmerman's prosecution "disgraceful" and claiming that if George Zimmerman had been black, he "never would have been charged with a crime," which are certainly comments worth mocking, once we're finished being nauseated at them.

It's America in 2013, and 6 Florida jurors just said it's OK to kill a black 17 year old if you're really scared of black 17 year olds. And now we're going to have another wave of triumphal gun-buying.

We're speechless, so here are a couple of links to people who are able to say something coherent about all this. Cord Jefferson at Gawker has this:

Tonight a Florida man’s acquittal for hunting and killing a black teenager who was armed with only a bag of candy serves as a Rorschach test for the American public. For conservatives, it’s a triumph of permissive gun laws and a victory over the liberal media, which had been unfairly rooting for the dead kid all along. For liberals, it's a tragic and glaring example of the gaps that plague our criminal justice system. For people of color, it’s a vivid reminder that we must always be deferential to white people, or face the very real chance of getting killed.

And maybe we'll just leave you with a bit of Sweet Honey In the Rock, from a tweeted reminder:

We who believe in freedom cannot rest until it comes

Until the killing of Black men, Black mothers’ sons

Is as important as the killing of White men, White mothers’ sons