George Zimmerman Goes With Wine Jug For Lady-Beating, For Variety 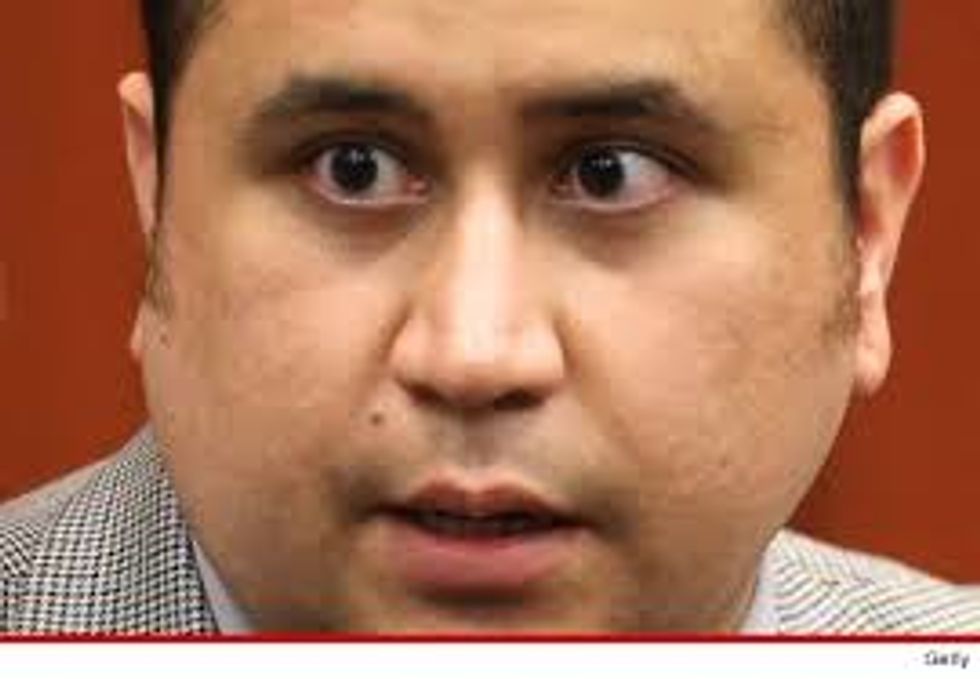 Do you wish you could read more words about George Zimmerman, Florida's own human crime spree and killer of unarmed black teenager Trayvon Martin? Has it been too long since you read one month ago about how Zimmerman thinks it would be a good idea for people like him (aka people who like to violence other people on the reg) to buy "self-defense" insurance? You are possibly thinking, "I wonder what George Zimmerman is up to these days, and if has stood his ground at anyone lately," and if you are thinking that, then today is your lucky day.

George Zimmerman, amateur gun store security guard and artist, has racked up another arrest. For those of you keeping score at home, this is the third time he's been in the news for domestic violencing a girlfriend, and the sixth time he's been in legal trouble, not including that one time when he self-defensed an unarmed black teenager to death. On Friday night, Zimmerman was arrested and charged with aggravated assault for allegedly launching a wine bottle at his girlfriend. We do not know at this time what type of wine was in the bottle (or whether it was full, empty, or somewhere between), but we like to imagine that it was a special night for them, possibly involving a jug of Gallo, with jammy overtones and a nice four- to five-foot airborne finish. At a court appearance Saturday morning, the judge, out of an "abundance of caution," ordered Zimmerman to turn over his gun collection, even though the incident didn't involve a firearm. How is that even fair? [contextly_sidebar id="alVmwbDW4UWGO1OL2TM3DYszIlJFmAc6"]

Zimmerman's attorney, Don West, said  on Saturday, "It's clear he hasn't been very lucky with the ladies the last few months." That's only true if by "lucky with the ladies" you mean "able to function in society like a normal human being," geez. We can't wait for Zimmerman's next appearance on the Concealed Carry Association's weekly radio program, where he will discuss the merits of a jug of Gallo versus a Kel-Tec PF-9 9 mm semi-automatic pistol in your average domestic violence scenario.