Georgia Police Chief Only Shot Wife Once, And It Was Totally An Accident Both Times 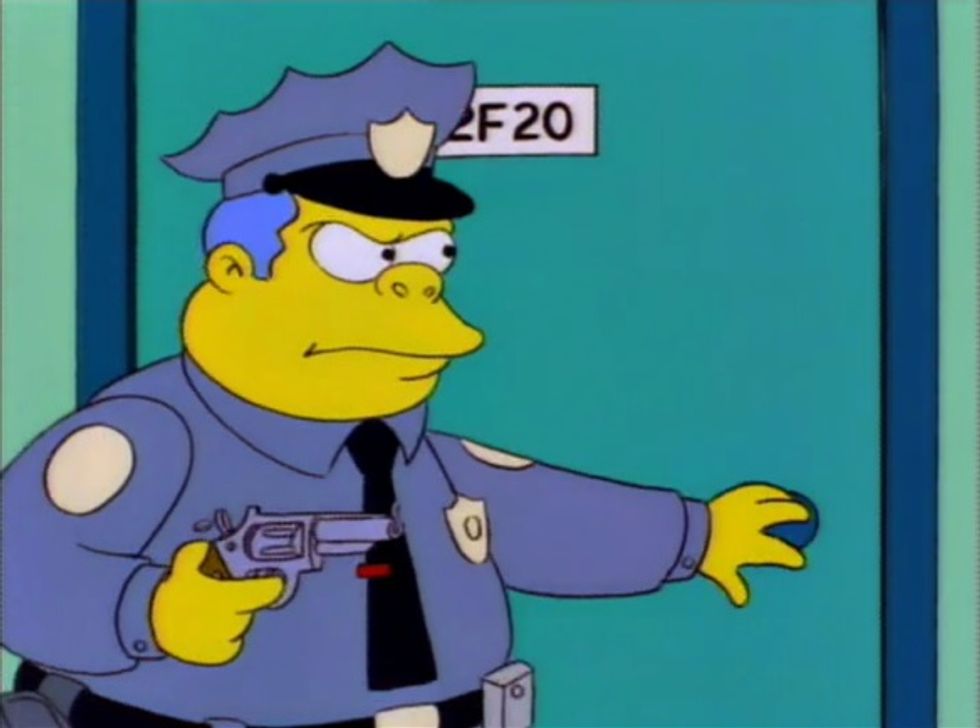 The police chief of Peachtree City, Georgia, accidentally shot his wife early in the morning of New Year's Day. Initial reports of the shooting had said that Chief William E. McCollom had shot Margaret McCollom twice, which really would be a hell of an accident, but a correction issued by the Georgia Bureau of Investigation clarified that the "initial reports that we got from the 911 call" were in error. Chief McCollum had called 911 to report that he'd shot his wife, but it's unclear whether the inaccurate report of two shots came from him or the 911 dispatcher. We guess in all the excitement, he kind of lost track himself.

Mrs. McCollum was airlifted to the Atlanta Medical Center, where she is in critical condition with unspecified injuries; Chief McCollum has been placed on administrative leave while the shooting is investigated. We're certain that there was a perfectly legitimate reason that Chief McCollum had his gun out in the bedroom at 4 a.m. in the first place. As of yet, no details have been released, so feel free to speculate wildly. Our money is on "Kept gun under pillow and had that Starsky & Hutch dream again." The shooting is being investigated by the Georgia Bureau of Investigation, which seems remarkably modern; we'd have expected the local department to look into it and find that it was all just a tragic misunderstanding. No doubt that is merely an unfortunate stereotype on our part, since Peachtree City is an affluent suburb of Atlanta, not a bunch of toothless squirrel-slaughtering hicks (like the rest of Georgia almost certainly is, we think). Local TV reports that

McCollom has been interviewed by the GBI and is said to be cooperating with the investigation. Fayette County District Attorney Scott Ballard said it's possible that charges could be filed even if the shooting is ruled an accident.

Are we sure this is Georgia, USA?