Get Excited! Larry Klayman Will Now Sue CNN And Then Become Gandhi And Lead America To Freedom Or Something 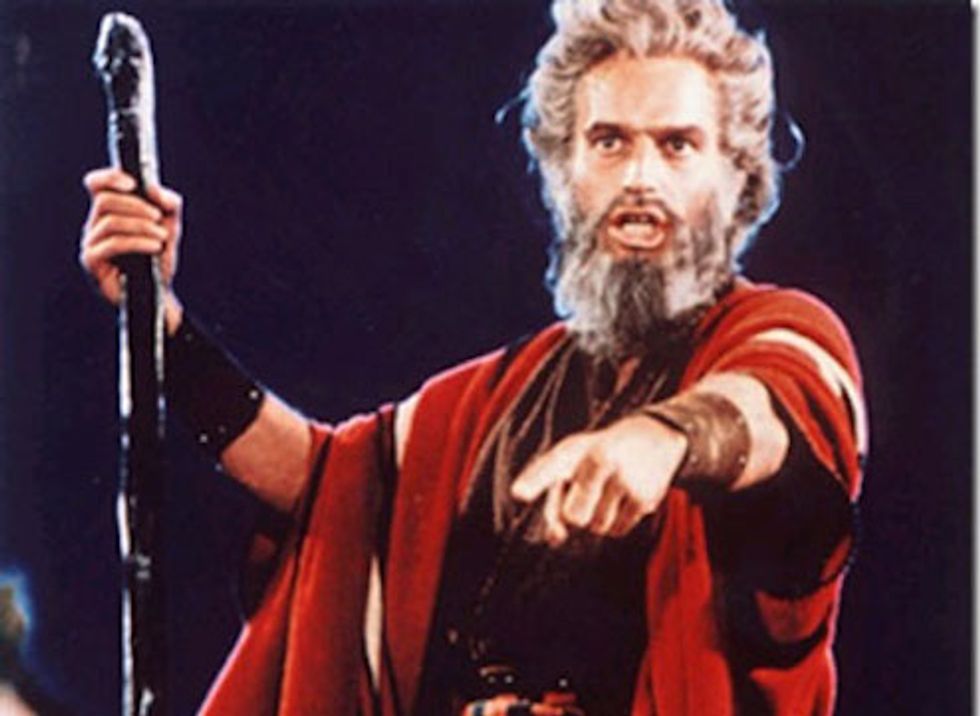 Fresh off his ridiculous unexpected but sadly deserved glorious defeat of the gubmint reading your sexts, one would have thought that Larry Klayman's victory lap would at least be somewhat coherent. One would be oh so very wrong, of course, because when it comes to Larry Klayman, all bets are on him reverting to his true weird form.

Klayman went on CNN Tuesday to discuss his big win, as you do when your lawyerin' succeeds, with Don Lemon and CNN's ubiquitous legal analyst Jeff Toobin. So far so good. Klayman, of course, can never leave well enough alone, because of how he can't stop perseverating about the evils of the Kenyan Muslin president, so rather than talking about the NSA case like a normal person, he spent most of the time attacking Don Lemon as a super-left-winger. Wait what?

“It’s important to note that you’re a big supporter of [President Barack] Obama,” Klayman told Lemon. “You have favored him in every respect. You have to try to do a hit piece to diminish a very important decision.” [...] “It is true, Don. I’ve watched you for many years,” Klayman said. “You’re an ultra-leftist and you’re a big supporter of Obama.”

Klayman also had a sad because Jeffery Toobin had the goddamn gall to read from the legal opinion itself, including our favorite portion, the ever so-delightful page 39:

Toobin read from p. 39 of Leon’s ruling, which quoted Klayman as saying, “I think they, the NSA, are messing with me.” The judge wrote that Klayman “then went on to explain that he and his clients had received inexplicable test messages and emails, not to mention a disc, containing a spyware program.”

The legal analyst said that even the judge who granted the suit thinks that Klayman is a victim of “tin-foil hat paranoia” and a “lunatic.”

“He had some fantasy that the NSA was after him,” said Toobin. “This case is not about Larry Klayman. It’s about the metadata program that affects everybody, but the idea that Larry Klayman is the representative is simply outrageous.”

If you were a normal person, this might make you mad, yes indeed! Jeffrey Toobin, who is one of only three legal analysts anyone can name (Dahlia Lithwick, Nina Totenberg, duh) basically called you out on national teevee and pointed out that while you won for America, you kind of lost for you, Larry Klayman, because of how the judge basically thinks you're not in your right mind. But since Larry Klayman is Larry Klayman, he does not just get mad. He goes full barmy.

Klayman said [...] he is considering filing a lawsuit against the news network CNN after an embarrassing interview with anchor Don Lemon and legal analyst Jeffrey Toobin earlier this week. [...]

“What CNN did to me yesterday was a hit piece orchestrated against me by the Obama White House with the direct involvement of the Democratic National Committee in an attempt to discredit me and to turn the public against Judge Leon’s court decision that the NSA is violating Fourth Amendment rights.”

He then went on to accuse Toobin of not reading the opinion that Toobin actually read, to him, Larry Klayman, on the teevee the day before. And he's maybe going to sue Toobin for defamation. Also, too, Don Lemon is a tool of the DNC and must be stopped. There might have been something in there about Bill Clinton too. We're not sure.

But why stop there, Larry Klayman? Can you scale new heights of argle? Can you up your bargle? Can you take your message to the sympathetic arms of Alex Jones? Awww hell yeah.

“Obama’s a socialist, a borderline communist, he’s sympathetic to Muslim interests, he does everything he can to destroy Israel and frankly we have somebody in the White House who is evil, plain and simple,” Klayman told Jones, before arguing that since the Republicans are not an effective opposition, he himself will lead an anti-Obama revolution.

“If Gandhi can do it in India, we can do it here,” he promised.

America, sometimes you do not get the Gandhi you want because you get the Gandhi you deserve, but we have no idea what we've done that's awful enough to warrant the fact that our savior that will lead us out of darkness is Larry Klayman.

[Scans piece for anything that Larry Klayman will consider libelous, realizes there's no way to ever figure out how that calculus works, gives up and goes home.]