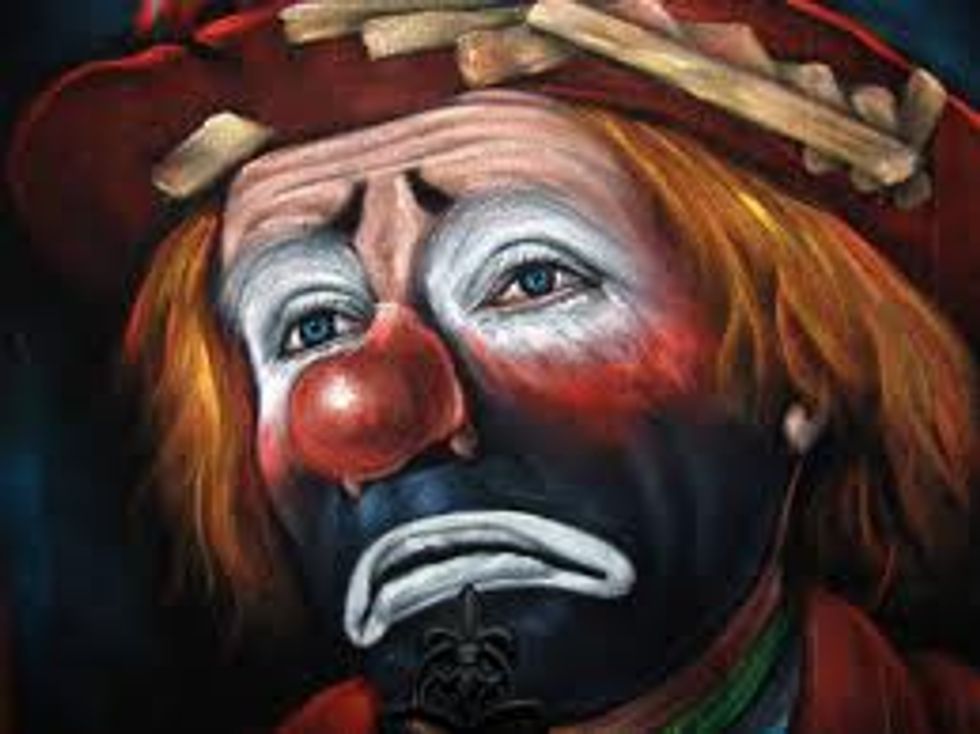 Andrew Breitbart would be rolling over in his grave if he had ever given a good goddamn about things like "journalism" and "not making up terrorist groups that paid off Chuck Hagel." Fortunately, those were not at the top or anywhere else on the list of things he cared about, so his corpse remains unmolested and spin-free. Apparently, so does the conscience of one Virgin Ben Shapiro, who is perfectly happy and totally content with having written the laughingstock story about Chuck Hagel taking donations from "Friends of Hamas," whichdoes not exist. Let's see how he responds to this foxy NY Daily News reporter who -- whoops! -- accidentally made up the whole thing! Take it away, New York Daily News reporter!

On Feb. 6, I called a Republican aide on Capitol Hill with a question: Did Hagel’s Senate critics know of controversial groups that he had addressed?

Hagel was in hot water for alleged hostility to Israel. So, I asked my source, had Hagel given a speech to, say, the “Junior League of Hezbollah, in France”? And: What about “Friends of Hamas”?

The names were so over-the-top, so linked to terrorism in the Middle East, that it was clear I was talking hypothetically and hyperbolically. No one could take seriously the idea that organizations with those names existed — let alone that a former senator would speak to them.

Or so I thought.

The aide promised to get back to me. I followed up with an e-mail, as a reminder: “Did he get $25K speaking fee from Friends of Hamas?” I asked.

I couldn’t have imagined what would happen next. On Feb. 7, the conservative web site Breitbart.com screamed this headline:

The story read: “On Thursday, Senate sources told Breitbart News exclusively that they have been informed one of the reasons that President Barack Obama’s nominee for Secretary of Defense, Chuck Hagel, has not turned over requested documents on his sources of foreign funding is that one of the names listed is a group purportedly called ‘Friends of Hamas.’”

The author, Ben Shapiro, wrote that a White House spokesman hung up on him when he called for comment. That went in the story — to buttress the assertion that the White House didn’t deny the claim.

So just what does Shapiro say about his epic bed-shitting?

Reached Tuesday, Shapiro acknowledged “Friends of Hamas” might not exist. But he said his story used “very, very specific language” to avoid flatly claiming it did.

“The story as reported is correct. Whether the information I was given by the source is correct I am not sure,” he said.

See you guys? It is TOTALLY FINE! And love means never having to say "I am an idiot, every person who now works or ever has worked for the GOP Senate is a moron, and Ghost Andrew Breitbart's Internet Fucksickle is fucking tarded."