Girl, Rand Paul Will Drone You All Night Long 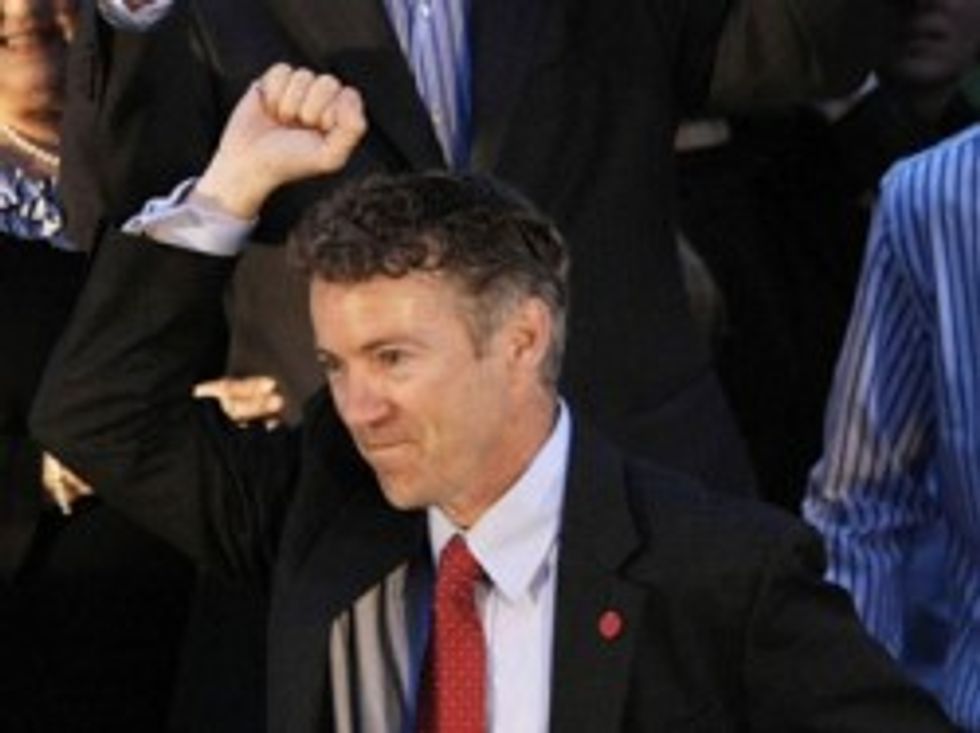 Hey rememberway back in March when Rand Paul decided to talk for 13 long hours about why he hated drones? Who could forget! That was the kind of amazing display of singleminded enthusiasm for our civil liberties and Constitutional rights that make Rand Paul et al occasionally useful additions to the Senate.

HOWEVER, hopefully your excitement over that has waned already because Mr. Senator Rand Paul has changed his mind -- apparently it's not OK or the government to kill people with drones if they are suspected of terrorism, but if they run out of a liquor store with $50 cash, well then, things are Different.

This, of course, is the level of brilliant legal analysis we have come to expect from our favorite opthamologist Rand Paul, so we are not as shocked as we probably should be.

“We shouldn’t be willy-nilly, looking into their backyard at what they’re doing. But if there is a killer on the loose in a neighborhood, I’m not against drones being used to search them out, heat seeking devices being used,” Paul said in an interview on Fox Business Network.

“If someone comes out of a liquor store with a weapon and $50 in cash, I don’t care if a drone kills him or a policeman kills him,” he added later.

See, the lesson here is that our Constitution is the most glorious document ever and the framework for the most perfect legal system devised. Except if someone is a "terrorist," in which case, the Constitution's gloriousness and perfection is temporarily suspended due to more important concerns, like if Mirandizing someone will impact the midterm election. Stuff like that, which is WAY more important than the Constitution.

In sum: can drones look at what you are doing in your backyard? Why no, don't be silly! But can they kill you without a trial because you walk out of a liquor store exercising your 2nd Amendment rights in one hand and holding $50 in the other? Why yes, that's another story. (No really, this is his actual analysis.)

In a statement Tuesday, Paul said his position hasn't changed on the use of drones.

"My comments last night left the mistaken impression that my position on drones had changed. Let me be clear: it has not," he wrote. "Armed drones should not be used in normal crime situations. They only may only be considered in extraordinary, lethal situations where there is an ongoing, imminent threat. I described that scenario previously during my Senate filibuster. Additionally, surveillance drones should only be used with warrants and specific targets."

We don't feel like scrolling through 13 hours of filibustering to see if he actually did distinguish terrorism from "ongoing, imminent threats," but whatever, our point stands: the Constitution is only useful when it's easy to apply. When it's hard, well, let's just say it's not worth doing and leave it at that.