Glenn Beck: Science Is The Vatican, Anti-Vaxxers Are Galileo, I Am Still An Idiot 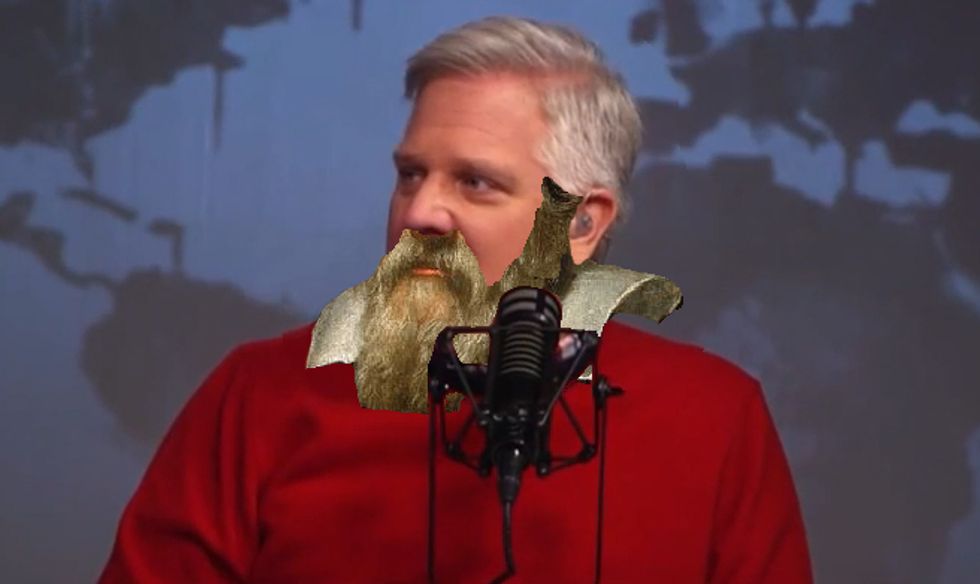 It's been a little while since we've checked in on Glenn Beck, but it's awfully reassuring to find that he's just as self-righteous and persecuted as ever. This time he's standing up for the rights of people to not vaccinate their kids, explaining that these brave pioneers who cling to a thoroughly discredited study claiming a link between vaccines and autism are actually the modern equivalent of Galileo, because Glenn Beck doesn't know the least fucking thing about either science or history.

"Here's another group of people that are now being rounded-up and pointed at and called morons and idiots and crackpots and crazies," he said. "Just totally discredited ... Where is anybody saying 'my gosh, we're living in the days of Galileo'? The church has become the state and if you don't practice their religion exactly the way they tell you to practice it, you're done."

Glenn Beck is awfully fond of this metaphor, which he used a bit over a year ago -- that time around, creationists were Galileo, and Bill Nye was the Inquisition, and for all we know, Neil de Grasse Tyson was the Comfy Chair.

There's only one teensy-tiny problem with the analogy, of course, which is that Galileo's insistence that the Earth revolves around the Sun was based on scientific observation and demonstrable, repeatable proof...pretty much like all of the studies that have discredited that 1998 study that's venerated by morons, idiots, crackpots, and crazies like Beck. The claims of that study have never been replicated, not once. Same goes for creationists. This is how science works, not by claims about who's being persecuted.

In a statement from the Beyond, the immortal shade of Galileo asked Mr. Beck to please stop invoking him or he would happily demonstrate that gravitation is a constant by dropping Glenn Beck and a bowling ball off the Leaning Tower of Pisa at exactly the same time to show the amazed peasantry that they will hit the ground at exactly the same moment.