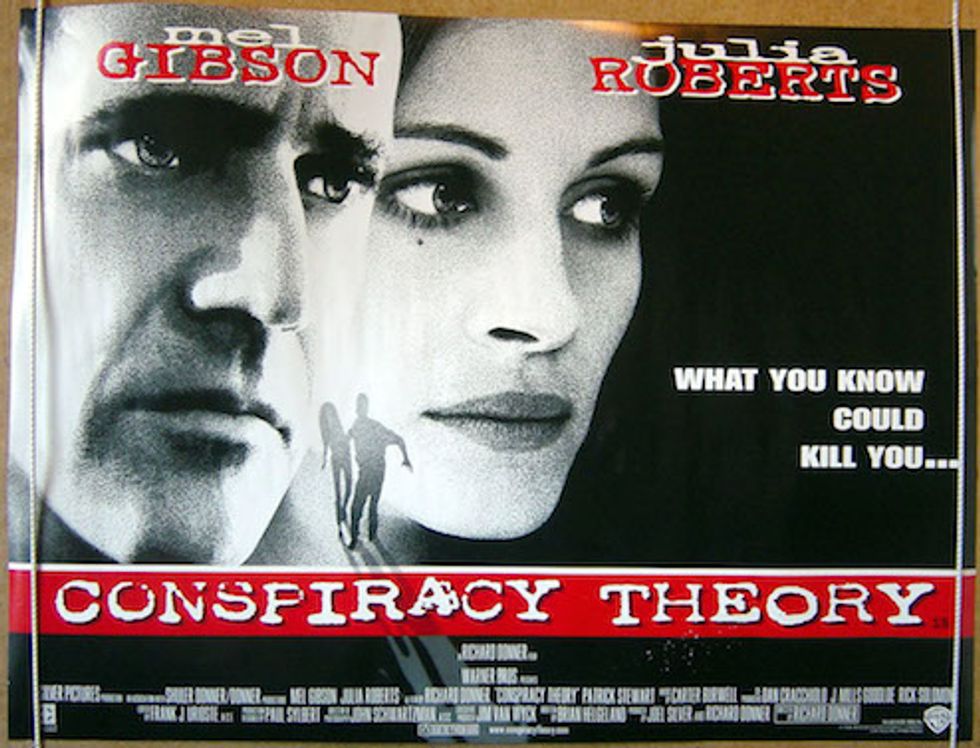 Do you remember last year when Glenn Beck was very very sure that the Boston Marathon bombing was a Muslim conspiracy and was pretty sure Michelle Obama went and cozied up to the kid Beck thought was the bomber, a Saudi national 20-year-old student named Abdul Rahman Ali Alharbi? Except then the whole thing fell apart thanks to Beck being dumb and not really understanding how immigration designations worked at all, but by this time the poor Saudi kid had been slimed from here to Kingdom Come? Yeah, about that. Beck's in a wee bit of hot water and by "hot water" we mean "awesome defamation lawsuit" over the whole thing now.

Let's check out the actual factual legal complaint against Beck and his production company AND his radio network, shall we?

Alharbi describes himself in the 6-page lawsuit as "a 20-year-old student who was a spectator at the Marathon and was injured in the bombing. Mr. Alharbi, like many others, was questioned by federal authorities investigating the events of that day. Those authorities also, with his permission, searched his apartment. The responsible officials quickly concluded that Mr. Alharbi, other then being injured in the attacks, had no involvement in the attacks. Many news outlets reported the facts of the search of an apartment and that authorities had questioned a man of Middle Eastern descent. When the authorities concluded that Mr. Alharbi had no involvement, reports ceased. The defendant Glenn Beck, with the active participation of the distributor defendants, repeatedly and falsely identified Mr. Alharbi as an active participant in the crimes that were committed on April 15, 2013, repeatedly questioned the motives of federal officials in failing to pursue or detain Mr. Alharbi and repeatedly and falsely accused Mr. Alharbi of being a criminal who had funded the attacks that took place at the Boston Marathon. Those statements were made widely and publicly. The statements were false and did grave injury to the plaintiff."

Given that Beck continued to flog this nonsense long after it had been discredited, calling the poor kid the Al Qaeda money man behind the operation, we'd hope this guy has a solid case.

No matter what, you know that the existence of the lawsuit is going into that gaping fear maw Beck calls a brain, where it will be swirled around with BENGHAZ1!!I and 9/11 and Barack Obama's birth certificate until Beck vomits up another pile of confusion that he may or may not believe, and the cycle will begin anew forevermore.