Glenn Greenwald Gives British Government A Right Jolly Rogering, Will Probably Never Shut Up About It 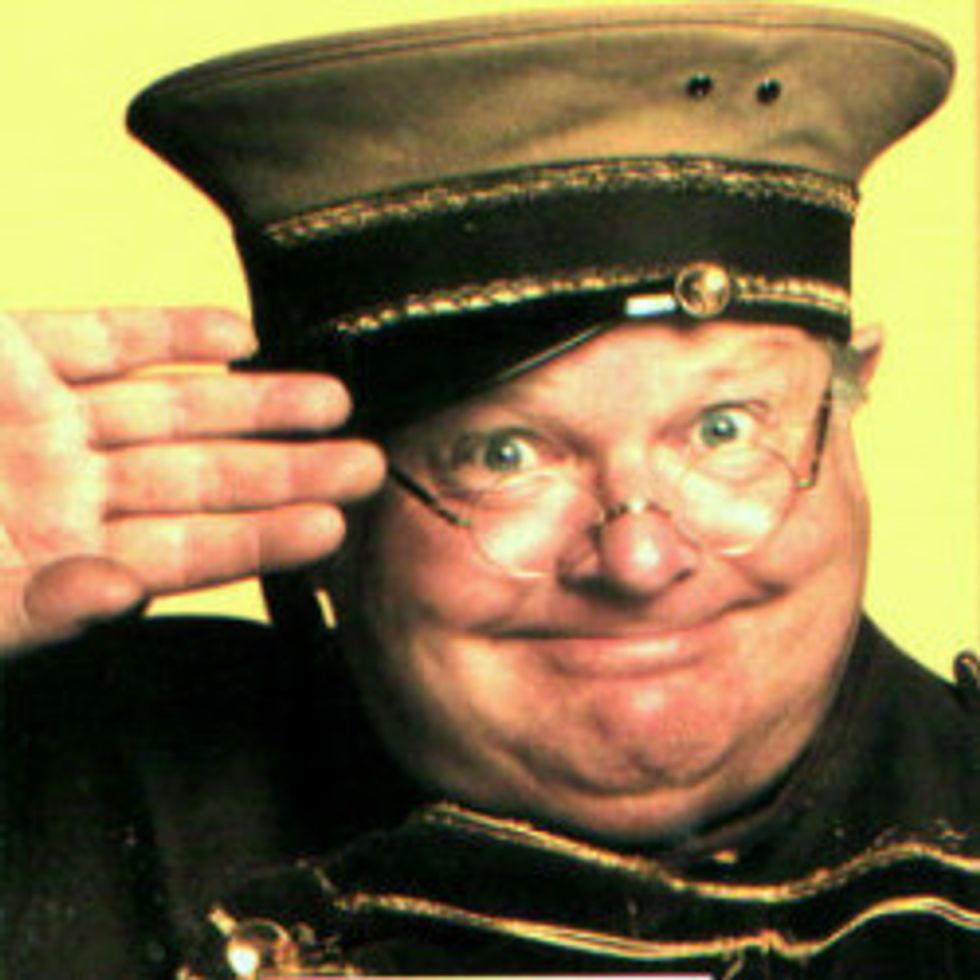 It is no secret that yr Wonkette thinks Glenn Greenwald is a screechy, self-aggrandizing jackwagon whose NSA scoops have been over-hyped and overblown (WE UNDERSTAND THIS MAKES USTERRIBLE LIBERALS HITLER-LOVING FASCISTS WHO WOULD FELLATE DICK CHENEY AT THE FIRST OPPORTUNITY, BUT PLEASE FEEL FREE TO SELF-RIGHTEOUSLY SNEER AT US IN THE COMMENTS ANYWAY). But even we were wondering what the hell Great Britain thought it was doing here when we first read this story Sunday afternoon:

The partner of the Guardian journalist who has written a series of stories revealing mass surveillance programmes by the US National Security Agency was held for almost nine hours on Sunday by UK authorities as he passed through London's Heathrow airport on his way home to Rio de Janeiro.

David Miranda had spent the previous week in Berlin with Laura Poitras, the American filmmaker who has been Greenwald’s mostly silent partner on the NSA story and filmed those videos of Snowden being interviewed that The Guardian posted in June. Miranda was detained by British authorities under Schedule 7 of the Terrorism Act of 2000. Schedule 7 has long been controversial, as it allows authorities at all airports, ports and border areas broad power to detain and question individuals for up to nine hours. Detainees have no right to a lawyer and it is illegal to refuse to cooperate. According to The Guardian, only one in 2000 detainees are ever held for more than six hours, and 97% are held for less than an hour. According to Nate Silver, who is much gooder at math than us, this means that only one in every 5.6 million travelers who pass through Heathrow are detained for over six hours. Which makes it just a teensy bit difficult for any reasonable person to think Miranda’s detention was a coincidence.

After being held for the maximum time allowed by the law, British authorities permitted Miranda to continue on home to Rio de Janeiro, though they apparently confiscated his cell phone, laptop, camera, and other electronics. Holy creeping surveillance state Batman, we nearly shouted aloud in the middle of Starbucks, we would love to hear how not returning his private property was justifiable under any circumstances, but the British government had not yet released its excuse.

Goddammit, British authorities. Glenn Greenwald does not need any actual real-world reasons to feed his crusading martyr complex. It is what gets him out of bed every morning! And you idiots gave him one anyway, and he wrote a piece about it, which we had to read, in the interest of journamalism:

But to start detaining the family members and loved ones of journalists is simply despotic. Even the Mafia had ethical rules against targeting the family members of people they felt threatened by. But the UK puppets and their owners in the US national security state obviously are unconstrained by even those minimal scruples.

If the UK and US governments believe that tactics like this are going to deter or intimidate us in any way from continuing to report aggressively on what these documents reveal, they are beyond deluded. If anything, it will have only the opposite effect: to embolden us even further. […]

[T]he Guardian's lawyer was able to speak with him immediately upon his release, and told me that, while a bit distressed from the ordeal, he was in very good spirits and quite defiant, and he asked the lawyer to convey that defiance to me. I already share it, as I'm certain US and UK authorities will soon see.

Ugh, we hate it when Greenwald makes his egomaniacal threats. We also hate agreeing with him about anything even when he's being hysterical (which is always). STOP MAKING US AGREE WITH GLENN GREENWALD, YOU LIMEY TWITS.

Except oh, there are a couple of tiny details that Greenwald left out of his piece, and which got filled in later on Sunday night by other news organizations. Like the fact that The Guardian paid for Miranda’s trip. And that he was apparently acting as a courier between Greenwald and Poitras, carrying some of the documents Edward Snowden had leaked to the pair back to Rio, presumably on one of the electronic devices the Brits confiscated. Far from being the innocent spouse of Glenn Greenwald menacingly targeted to send a message, he was actively participating in transporting secret documents that were stolen, and which it is illegal for him to possess.

That Miranda had to even go on this mission at all makes even less sense when you read this New York Times Magazine article about the collaboration between Greenwald and Poitras and a bunch of Guardian reporters and see how much time they have spent together while chasing this story over the last six months. Yet there were still some Snowden documents that they had not shared with each other? Wouldn’t it have made sense to give each other everything when they were together in Hong Kong interviewing Snowden, or at Greenwald’s house in Rio when Poitras spent time there earlier this summer, and thus eliminate the need for a courier to undertake this trip and risk arrest in the first place?

Expertly baited trap, Glenn Greenwald, you evil genius you. Way to fall for it, British authorities. Now Glenzilla gets to inject some fresh energy into a story that had been wilting in the August doldrums and The Guardian gets a burst of web traffic. And we get yelled at for being leg-humping Obamabots. Everybody wins!