Glenn Greenwald's Got Us Now! Democrats Conspiring Against Chelsea Manning For Running Against Democrat! 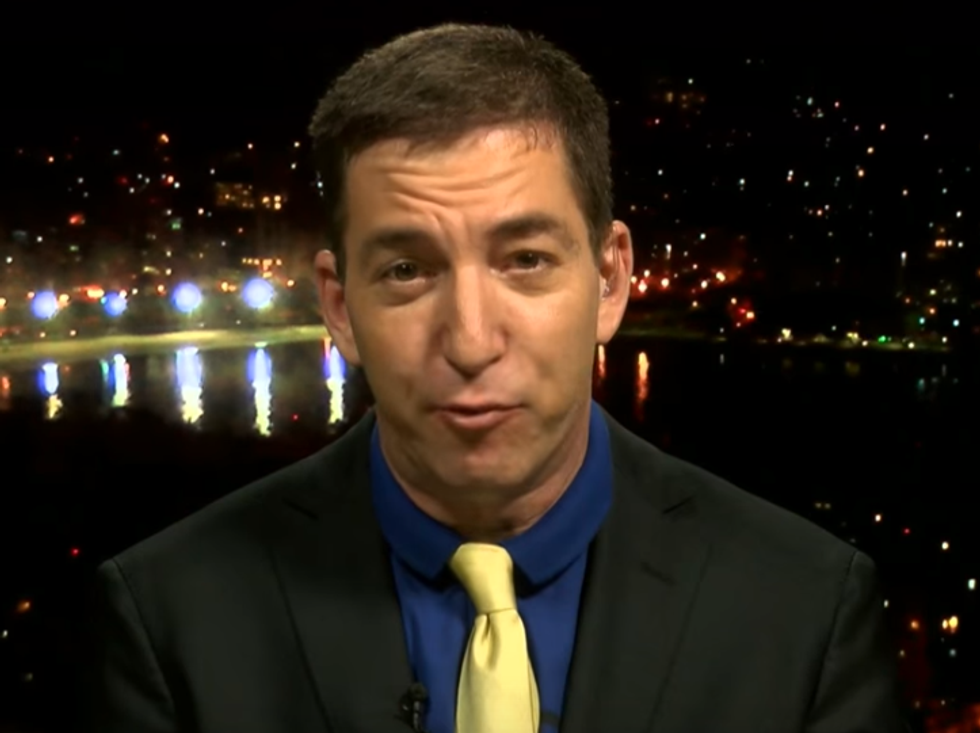 He knows you are but what are he?

The Prince of Hot Takes is back! Once again, Glenn Greenwald will demonstrate his rock solid commitment to being wrong ALL THE TIME by barfing up nonsense about Chelsea Manning's plan to primary Maryland's sitting Democratic Senator Ben Cardin:

SURE, JAN. Ben Cardin was born here in Maryland and has deep roots in the most populous parts of the state. He won nine House races and two terms in the Senate. He beat Dan Bongino (yes, that asshole) by 30 points in 2012 because no credible Republican would run against him. And he has a Baltimore accent broad enough to drive a truck through. But it's those mean Democrats keeping Chelsea Manning down!

Why have so many establishment Democrats so quickly decided to back a white, straight male politician steeped in privilege, while devoting themselves to opposing a candidate who would make history by becoming the first trans woman ever elected to the U.S. Senate, in the process inspiring trans youth around the world and helping to erode the stigma that has made them so vulnerable to discrimination and violence?

They’ve decided to do this presumably because they find Cardin’s centrist ideology and politics more appealing than Manning’s more radical politics, and believe that this trumps what could be the historic value of Manning’s candidacy. They’ve apparently decided to prioritize their own centrist ideology over the important gender, sexual orientation and trans equality progress that Manning’s victory would ensure.

"They"? Who the hell is "they"? Cardin's been Maryland's guy for 40 years -- it's not like we're sitting here in Maryland waiting for the DNC to endorse. And literally no one is "devoting themselves" to opposing Manning, since she's more likely to win the lottery than to "make history by becoming the first trans woman ever elected to the US Senate." But sure, Glenn, I'll definitely put aside my "centrist ideology" and prioritize one social issue to get an unelectable candidate on my party's ballot. It worked out so well for Alabama Republicans, right?

Reasonable minds can differ on whether Manning is a hero or a villain. (And we are not here for that argument, TYVM!) But here on Planet Earth, Maryland is home to 130,000 federal employees, the NSA, and 11 military bases. Manning's problem isn't Ben Cardin, or the DNC, or being transgender, or being a woman, or being young, or being liberal, or even having lived here for less than five years. Manning gave classified material to Wikileaks, and there isn't a county in this state that would vote her into office. That's not a smear campaign, it's a fact.

Unless you are Glenn Greenwald and your raison d'etre is pretending THERE IS NO RUSSIA and flogging this bullshit fight between Establishment Dems and Rose Twitter. In that case, you start screaming about Neera Tanden and watch the clicks roll in. Yeah, we all saw the tweets suggesting that Manning's candidacy was a plot by Putin cronies to punish Cardin for his report last week on Russian interference in our elections.

Oh my god: this is how deranged official Washington is. The President of the largest Dem Party think tank (funded in part by dictators) genuinely believes Chelsea Manning's candidacy is a Kremlin plot. Conspiracy theorists thrive more in mainstream DC than on internet fringes pic.twitter.com/e8g314iQHT

Is Greenwald trying to double mindfuck jujitsu us that a bunch of stupid retweets about a conspiracy theory are themselves a giant conspiracy to sink Manning because she's trans?

This objection is completely ancillary to the actual point of this article, which is the extremely inconsistent, self-serving way that centrist Democrats use identity politics: they give themselves license to support old straight white men at the expense of pioneering minority candidates when doing so advances their ideological agenda, whereas leftists who do so are vilified for doing the same thing (see the rhetoric from Clinton supporters in the 2016 Democratic Party primary about the misogynistic, malignant motives of Sanders supporters for how that works).

We remember the "vilification" going the other way, as people who voted for Hillary Clinton could be screamed at for voting "with their vaginas." But we're willing to concede there was some pushback against people who refused to vote for the pioneering minority candidate even when it was time to vote against Trump. But this isn't about "centrist Democrats" playing "identity politics." We're talking about Maryland voters going to the polls for 40 years and pulling the lever for Ben Cardin. Greenwald is perfectly free to loathe Cardin for his stance on Israel. He could cast a ballot for Manning himself, if he hadn't decamped for Brazil 10 years ago. But how perfect that a guy who can't even vote here is howling with rage that the DSC won't back a completely unelectable candidate against a guy who won here 11 times! Go on, Glenn, why don't you mansplain us how to make a crabcake now! Do you use breadcrumbs or your own frothy bile as a binder?

As for Manning, she's welcome to run! It's a free country! If the goal is to raise her profile as a trans advocate, it might just work! But don't expect a lot of free publicity from Cardin and "centrist Democrats," who will certainly ignore someone who poses zero threat in June. She'll get more miles out of Greenwald, who is clearly aroused at the prospect of another proxy war over the 2016 election. Can't wait to read 10 more articles about mean Democrats rigging the safest of safe seats with their scary retweets! Well, speech is free, Glenn. So from Your Five Dollar Feminist in Maryland, a hearty Go Fuck Yourself! We're kinda busy trying to take back the statehouse right now, but you carry on shadowboxing with 2016. It's hot garbage, of course, but it sure does get a lot of clicks!

Please give us money so we can pay for servers and salaries. Also because we're about to get yelled at for saying mean words about Glenn Greenwald. SAD!