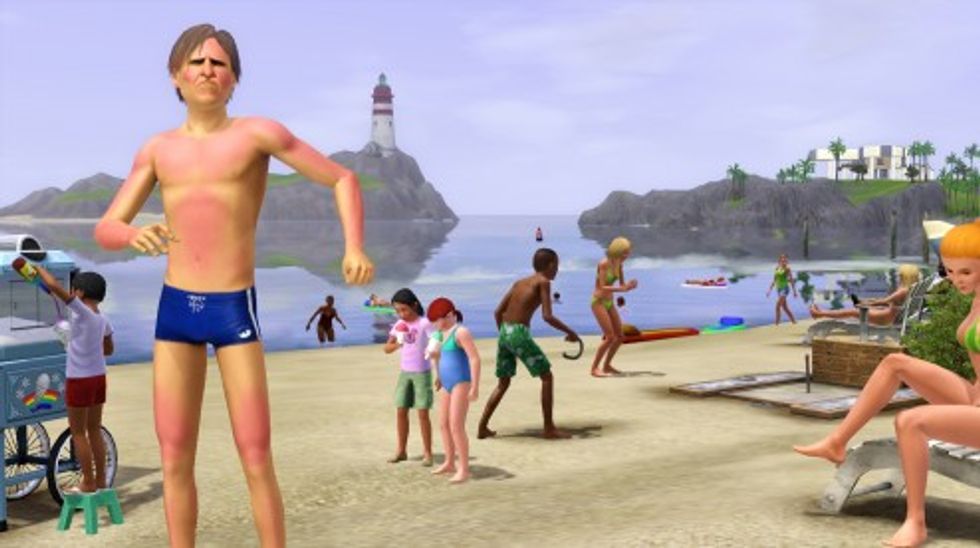 Time to revisit the attention-whore time-suck that is Glenn Beck. Earlier this week, we had Glenn Beck explaining how his pathetic internet empire will now become some sort ofglobal libertarian news powerhouse, complete with foreign bureaus. (Wingnut fightsies sidenote: Alex Jones went on HuffPost Live to claim that Glenn Beck stoled all his ideas and isn't a real libertarian like Alex Jones nuh-uh. We can only hope they'll fight to the death.)

That not-at-all earthshaking announcement apparently bought Beck only a couple days of the news cycle, because now he's back again to tell us all about his new dream, his vision for the future, his awesome planned community that will be totally libertarian yet totally communal:

On his program last night, Beck revealed that his intention to "go Galt" is quite literal, unveiling grandiose plans to create an entirely self-sustaining community called Independence Park that will provide its own food and energy, produce television and film content, host research and development, serve as a marketplace for products and ideas, while also housing a theme park and serving as a residential community.

Our feeble non-libertarian minds cannot really comprehend how you go Galt and only make things for your own personal gain and simultaneously live in some sort of utopian sharing community, but that is probably because we are not geniuses like Glenn Beck. (Also, too, because we have not read The Fountainhead and are not gonna.) What else will be going on in your amazing Galt-munity, Glenn Beck?

While Independence is very much a dream at this point, the proposed city-theme park hybrid would bring several of Glenn’s seemingly disconnected projects into one place. Media, live events, small business stores, educational projects, charity, entertainment, news, information, and technology R&D – all of these things would have a home in Independence. With the rest of the country and the world going away from the values of freedom, responsibility and truth, Independence would be a place built on the very foundation of those principles. A retreat from the world where entrepreneurs, artists, and creators could come to put their ideas to work. A place for families to bring their children to be inspired.

First, however, Beck needs to raise money. All the monies, actually, because this thing is going to cost $2 billion. Yes, the dude that no longer has a show on Fox but instead has a website where he basically video podcasts his insane nutbag theories is going to raise $2 billion dollars for this:

There would also be an Media Center, where Glenn’s production company would film television, movies, documentaries, and more. Glenn hoped to include scripted television that would challenge viewers without resorting to a loss of human decency. He also said it would be a place where aspiring journalists would learn how to be great reporters.

Across the lake, there would be a church modelled after The Alamo which would act as a multi-denominational mission center. The town will also have a working ranch where visitors can learn how to farm and work the land.

Independence would also be home to a Research and Development center where people would come to learn, innovate, educate, and create. There would be a theme park for people to recharge and have fun with their families.

People would also have the option to live in Independence, with a residential area where people of different incomes could all come together and be neighbors.

We are particularly fond of the "church modelled after The Alamo" because who doesn't want a church based on a bloody battle??

Start sending your money to Glenn Beck right now so you can help make this dream come true!