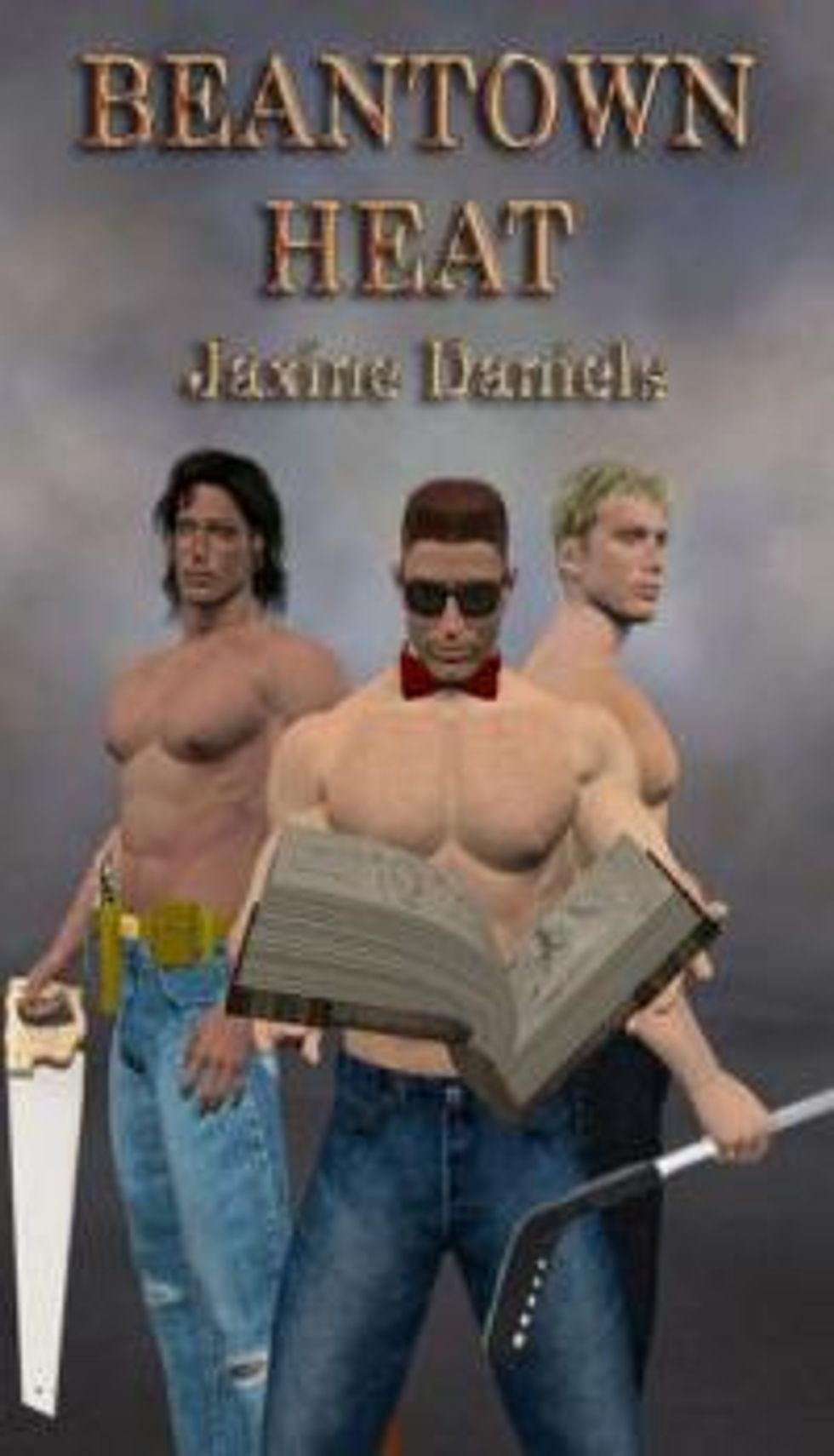 Bubis is one of two Republicans — the other is former City Councilman Bernie Herpin — who have announced their candidacies to replace Morse who faces recall because of his leadership on tougher Colorado gun laws.

Soooooo hot, right? But she had a really good reason for that smut-writing.

"Ten years ago, as a stay-at-home mother who was helping to contribute to support our family, I took creative writing classes," she said in the statement.

Let us pause to hope the entire Republican Party embraces this as its next jobs plan because everyone knows the fastest, bestest way to make some extra money to put food on your family is to take some creative writing classes. That's just, like, obvious, right?

"One project that resulted from those creative writing classes was a fiction romance novel.The novel had very limited publication (less than 50 copies) and I took it off the market as soon I contractually could, which was around eight years ago."

Well, actually, Ms. Daniels-we-mean-Bubis, according to the Internet, it appears you wrote more than just "a" novel. You wrote a whole bunch of 'em -- and you were proud too!

In my first series, I combined my love for hockey and my experience as an EMT and created a fictional NHL team in Seattle.

Next, I had a foray into single-title paranormal romance with a wonderful love story that bridges time and death in New Orleans.

Then, I found the Air Force PJ's - don't tell the Navy SEALS, but the PJ's are better. They do it all, from jumping out of a perfectly good aircraft to climbing mountains. These are true American heroes (not that the SEALS aren't, mind you.) I put my PJ team just outside Yosemite.

Gosh, we sure hope the Navy SEALS never find out about how she hates them and obviously too America. Awkward!

I now live again in Colorado Springs and love Colorado, the fresh air, the mountains, the quality of the light at altitude. Please visit my website at http://jaxinedaniels.com. I love talking to book clubs via speakerphone or webcam, and teaching workshops both in person and online, so contact me at my website if you'd like to arrange a date.

Using our Very Serious Journamalism skills, we investigated and found that, sadly, Ms. Daniels-we-mean-Bubis-we-mean-Daniels seems to have scrubbed her website, so we guess she does not want to talk to book clubs anymore and also is not available to "arrange a date." (We are not clear on whether she intended to suggest that she dabbles in prostitution. Allegedly.)

[Update! Thanks to the kind auspices of Sarah Kasulke at Buzzfeed, we present the wayback version of Grammy Jaxine's Goodtimes Erotica Forum, TOTALLY safe for work, unfortunately.]

Well, Ms. Daniels Bubis Daniels Whateverthefuckyournameis, you sure seem like a real nice gun-lovin' Republican grandma who writes masturbatory material that gets readers "panting for more," and we are sure that won't in any way affect your future in the Republican Party and also we hope you don't lose your job like that one English teacher in Ohio what got fired for also writing a novel wherein a teacher does sex to someone, which, hey, is also the theme in one of your books, but we are sure that this is different and you were just trying to make a living and all those Christian conservatives who support you will totally understand that and stand by you, and besides, you have scrubbed your website and have tried to have your books taken off the market anyway, so no harm, no foul, more guns, less smut, praise Jesus, yee haw, vote for Jaxine Bubiels.