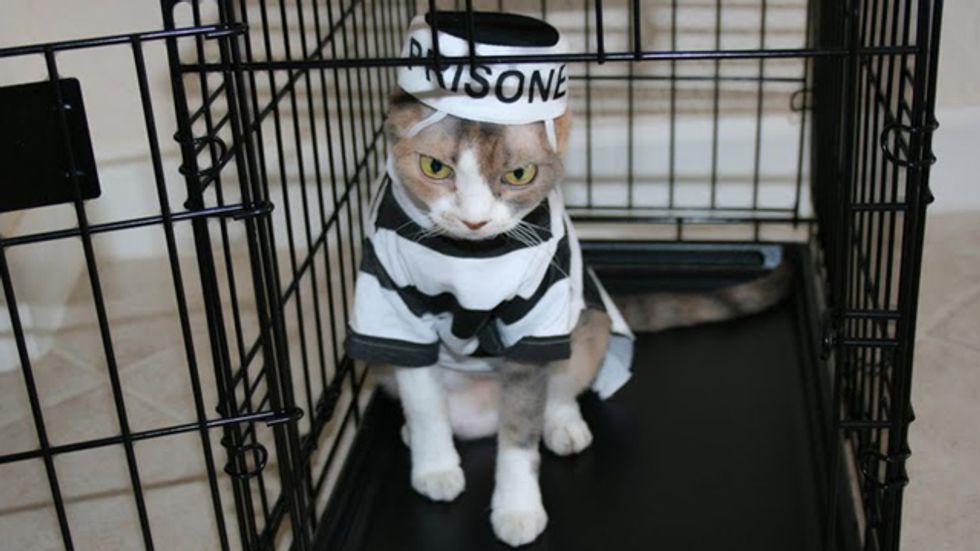 Is there any way to write about the wrongful imprisonment of Michael Morton thanks to prosecutorial misconduct that doesn't result in us throwing our computer across the room by the end of the first sentence? Not really. Let's start at the end of the story, which is normally not a very good place to start, but there's a lot to yell about here. Ken Anderson is a fine specimen of awful that wasa prosecutor and then a judge in Texas. He prosecuted Michael Morton for the murder of Morton's wife and deliberately failed to disclose evidence during the trial, including a pesky eyewitness statement that actually cleared Morton. Today, Anderson pled guilty to failing to disclose and got...10 days in jail. How long, you ask, was Michael Morton wrongfully imprisoned? Oh, 25 years.

In 1986, Morton's wife was murdered and his three-year-old son witnessed the crime. His son told his grandmother that he'd seen a strange van and a man with a big mustache who was crucially NOT Michael Morton kill his mother, but Anderson decided to keep that from the jury because...you know what? There is no good way to finish that sentence because there is no fucking reason on earth that you would do that except that you're a monster. As a prosecutor, you are required to turn over what is called "Brady evidence" -- anything that might tend to show the defendant's innocence -- to the defense, and it is drilled into you from day one. You are supposed to be pursuing justice rather than your own career. You are supposed to be pursuing justice instead of some bloody-minded wedded to your first theory bullshit. You are supposed to be pursuing justice because THAT IS YOUR FUCKING JOB.

Michael Morton was put in jail in 1987. His in-laws cut off contact with him, his son grew up and changed his name so he'd no longer be associated with his father, the man he thought murdered his mother. In short, Michael Morton didn't just go to prison. He lost everything he had. Everyfuckingthing.

He fought for 20 years to get free, mainly because of what how he hadn't murdered his wife. He went through rounds of DNA testing back when it was too crude to really help. He sought -- and got -- help from the Innocence Project, but then ran into the wall that was Anderson's successor, who impossibly managed to be more of an asshole than Anderson had been.

Bradley had honed his hard-boiled approach under the legendary Johnny Holmes, who had won more death sentences than any district attorney in Texas history. After becoming Williamson County DA, Bradley issued press releases he drafted himself that publicized the numerous convictions and often draconian sentences that his prosecutors won. He was notorious for bullying defense attorneys into taking pre-indictment plea bargains for their clients, which often required people who had been accused of crimes to enter guilty pleas before knowing how strong or weak the state’s evidence was against them.

Where had prosecutor Anderson gone, you ask? Oh, Rick Perry made him a judge in 2001 because of course he did. And Anderson just got to have a really fucking great life while Michael Morton rotted in prison:

By the time Michael walked out of prison a free man, Ken Anderson had long been a respected member of his community. He was a Sunday school teacher and Boy Scout volunteer who cast himself, in his rulings, as a champion of both crime victims and children. A father of two, the 59-year-old jurist held a regular mock trial for fifth graders that he called “The Great Stolen Peanut Butter and Jelly Caper,” and he frequently made appearances at local schools to talk about the dangers of drugs and alcohol.

After getting the help of the Innocence Project, it took nine more years and six more lawyers to get Morton out of prison. For a while, Ken Anderson didn't even feel like stepping down from the bench, because no harm no foul, right brah? Sometimes you put the wrong guy in prison by withholding evidence. Shit happens. So Kenny stuck around until September 2013, when it was clear that criminal and civil cases were steamrolling towards him.

Which brings us back to where we started. Anderson's deal today resolves both the criminal and civil cases against him with that sweet-ass 10-day deal. But hey, he totally notpologized to Michael Morton, saying he was sorry for "failures in the system." Fuck you, Ken Anderson. The failure was you.

You know what you should do right now? You should go read Pamela Coloff's masterful writing over at Texas Monthly about this case. She pretty much singlehandedly dragged this horror into the public eye outside of Texas. And then you should go donate some money to the Innocence Project, because they are pretty much the first, last, and only bastion against this shit happening again and again and again.