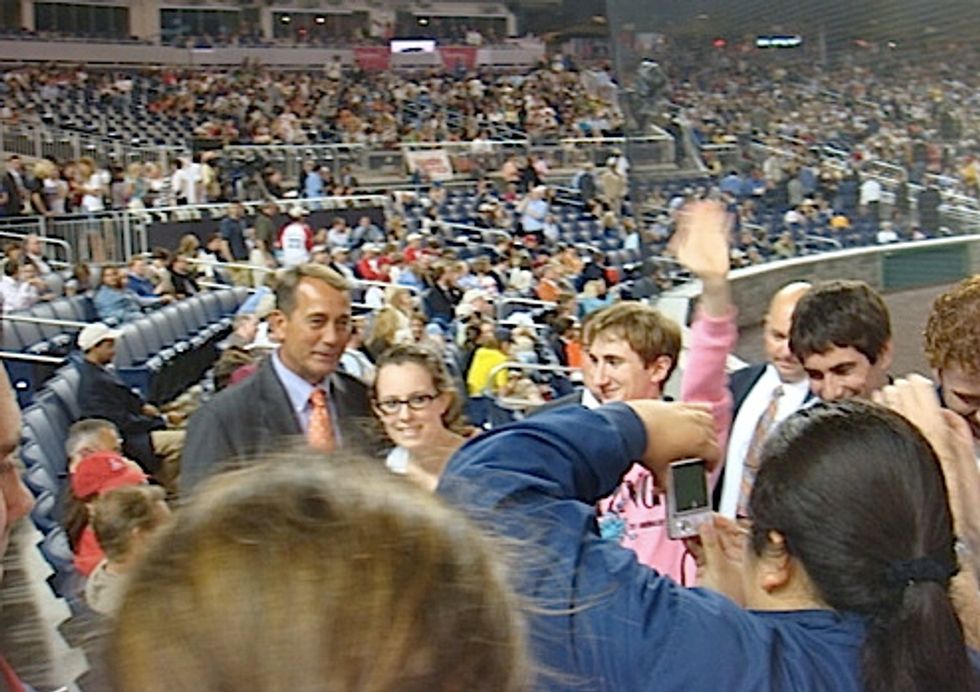 Hello, friends! After nearly two years of writing weird stuff on the Internet, it's time for "Intern Riley" to "cut and run." Where are we going? Who knows! At any rate: Writing for Wonkette completely transformed our life, in a good way, we think. We remember when Ken Layne emailed us our WordPress Login Info, when we first started at this blog, in the Summer of 2009. The password that Ken gave us was: "$ummer^666." He ended his email with a short note. "Change your password, if you want." We knew right away that a lot more than just a password was going to change. Anyway, Thank You!

Just a few things, before I go bye-bye:

Also, I apologize for everything I've ever said or written. Except for this:

I'm a crappy friend, a terrible son and a lousy brother.

The least I can do is say Fuck War.

I've got 99 problems, and Endless War is definitely one of them. It's your problem, too.

To America's Future, our College Goin' Youngsters: I know that it's fun to play on "the quad," with your frisbees. And I know there's all those cute guys and hawt ladies, for sexytime pleasure. Trust me, I totally understand. Just don't let your schooling get in the way of your education. That would be very sad.

And if you're opposed to Endless War, you keep good company: Voltaire, Thoreau, Twain, Vonnegut, Heller, Trumbo, Orwell -- etc. etc. Lordy, even Helen Keller, who was dealt the shittiest hand, ever, and would have had every right to be a violent right-wing vengeful Bitter, was anti-war. She was actually a straight-up commie. Go figure.

Andrew Breitbart, Richard Cohen, and also most of the "liberal" pundits -- nobody will remember these people. Actually, that's not entirely accurate. In 100 years, some graduate student in a PhD program at the University of the Moon will cite some of that punditry, for his/her dissertation, "How America Became Fascist, On Twitter."

There's an election coming up in Rileyland. The pundits say I'll be reelected, and not because I shot some guy in the face.

Much Love, and Peace,