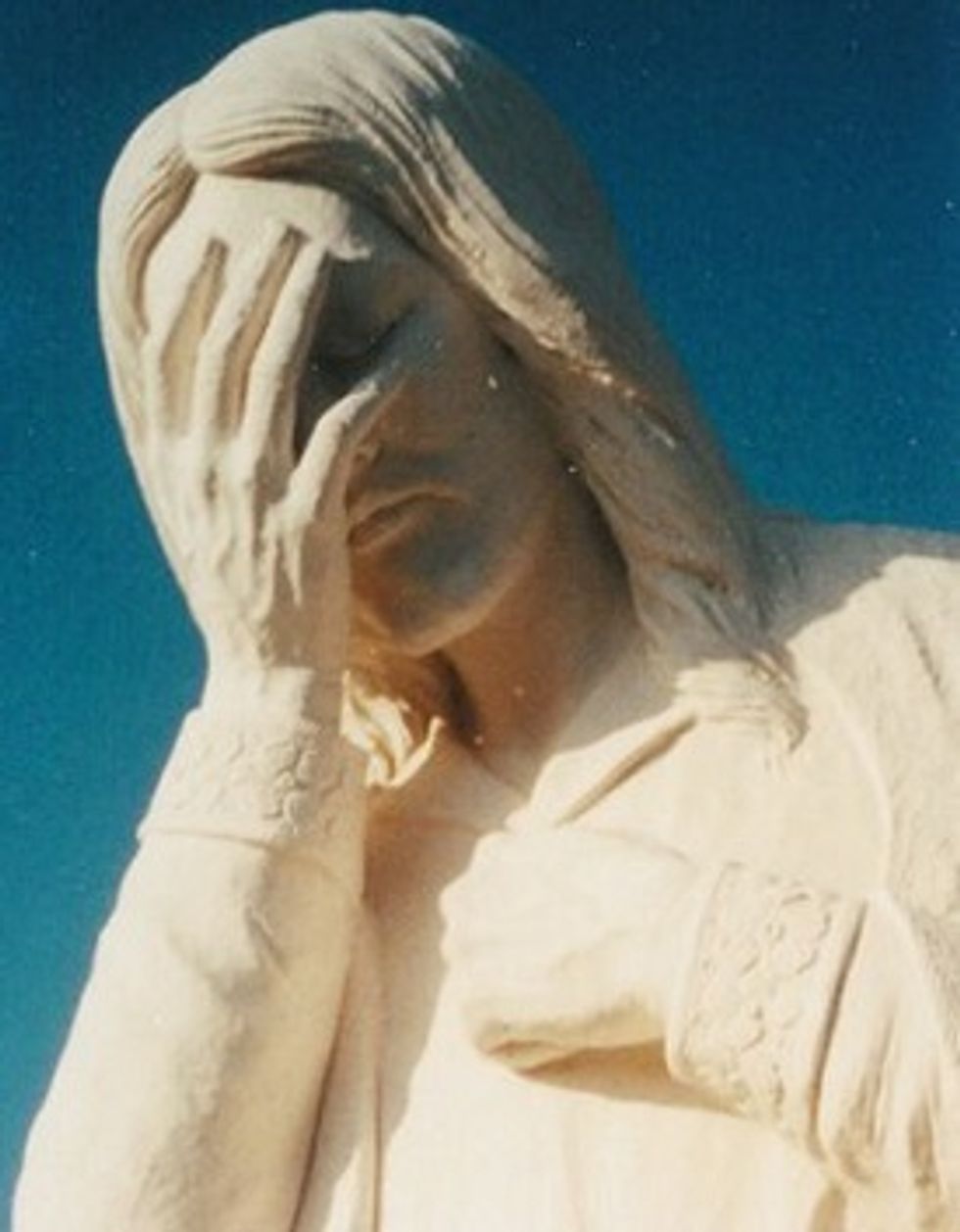 Maybe the Republican National Committee should consider sending all its party’s presidential candidates on a round-the-world cruise for the next two years so they can’t spend that time saying stupid shit on television and turning off the American public. Take Marco Rubio. Over the weekend he senator from the great insane state of Florida gave an interview to Jonathan Karl for ABC’sThis Week, where Our Man in Havana asserted that, scientists be damned, this global climate change thingy you hear about is a myth.

I don’t agree with the notion that some are putting out there — including scientists — that somehow, there are actions we can take today that would actually have an impact on what’s happening in our climate. Our climate is always changing. And what they have chosen to do is take a handful of decades of research, and say that this is now evidence of a longer-term trend that’s directly and almost solely attributable to manmade activity.

We’re pretty sure that a trend you can see over decades of research is still a trend, even if it’s only a tiny handful of decades. But what does Marco care, just because the largest city in his insane state is at risk of disappearing under rising seas? Science is just a theory anyway.

Marco also said he is opposed to all the climate-change-mitigating laws that anyone might want to pass because they will do nothing but wreck our vibrant economy. This will be a great comfort to our descendants as they row across what was once the San Fernando Valley to put some waterlogged dollars in the collection plate at Marco Rubio’s Floating Palace of Jesus Magic.

One of Marco’s potential 2016 opponents also made news this weekend. That would be Bobby Jindal, who took time away from his busy exorcism schedule to give the commencement address at Liberty University. Sounds as if he uncorked quite the stemwinder.

Today the American people, whether they know it or not, are mired in a silent war. It is a war — a silent war — against religious liberty […]

The new left in America is completely intolerant of people of faith. The left no longer wants to debate. They simply want to silence us.

There was a lot of other blah blah blah about how oppressed poor Bobby is because he can’t stand up in the Louisiana Capitol and proselytize to all the unconverted sinners as if the First Amendment prohibits the government from favoring one religion over another, or something, we’re not sure because the video kept cutting in and out along with our attention.

This weekend’s fumbling towards stupidity came against the backdrop of the Republican National Committee announcing late last week that it will tighten its rules for the party’s presidential primary debates ahead of the 2016 election, including limiting the number of events and sanctioning candidates who participate in any debates not approved by the national committee. It is all part of the GOP’s efforts to gain a little more control over the entire process and give the general public less time to notice that the party’s slate of candidates is made up of raving lunatics so dumb they couldn’t find their own dicks with both hands and a map. Though party officials had to be more diplomatic, telling the public this move is happening because in 2012 the liberal media was in the tank and conspired to make all the conservative candidates look bad, allowing Mitt Romney to grab the nomination by appearing to be the least awful of a murderer’s row of terrible nincompoops.

A spokesman for the RNC also said in a Newsmax interview that of course conservative media outlets like Breitbart and the Daily Caller should be involved in moderating the debates, which will have us pining for the distinguished gravitas of Bernard Shaw asking Michael Dukakis how he would react if his wife was raped and murdered, and completing the devolution of America’s once-proud democratic experiment into a chronic ward for lobotomized howler monkeys.

Start prepping your livers now. Should be a fun campaign.