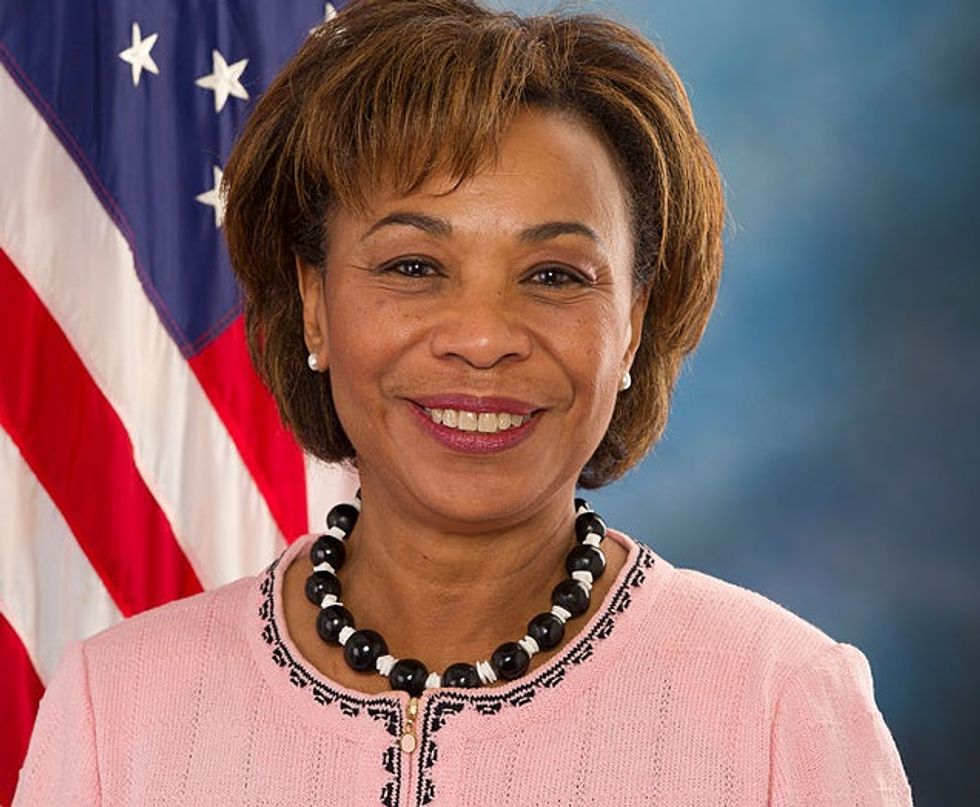 Where did she get the idea Congress should have something to do with war?

Almost out of nowhere, California Democrat Barbara Lee, who was the only vote against authorizing endless war following the 9/11 attacks, managed today to convince the House Appropriations Committee to approve an amendment to the Defense Department appropriation that would finally repeal the thing. If approved by the full House and Senate (not likely) and signed into law (REALLY not likely), the measure would revoke the 2001 Authorization for Use of Military Force (AUMF) given to George W. Bush for the supposedly limited purpose of attacking the perpetrators of the 9/11 attacks and -- in a line that's been stretched nearly to infinity since then -- their "associated forces." As The Week notes, that's a hell of a flexible authorization:

The AUMF has been used to justify U.S. action around the world to this day by Presidents George W. Bush, Barack Obama, and Donald Trump, including the downing of a Syrian military jet last week. The repeal amendment was brought by Rep. Barbara Lee (D-Calif.), who was the lone dissenting vote when the bill was passed in 2001; at the time, she argued the resolution "was a blank check to the president to attack anyone involved in the Sept. 11 events — anywhere, in any country, without regard to our nation's long-term foreign policy, economic and national security interests, and without time limit."

Lee has been at this for a while. She has been one of the few members of Congress to insist that it's the legislative branch's duty to approve every single new military adventure the U.S. pursues. Had the 2001 AUMF been sufficiently limited, it would only have authorized action against al Qaeda and the Taliban, and Bush would have had to seek separate permission from Congress to go to war in Iraq. Barack Obama asked Congress for authorization to strike Syria after it gassed civilians in 2013, but Congress preferred not to (and then to complain he was a tyrant when he took other action without a new authorization). In 2014, Lee argued the U.S. had no business bombing ISIS targets in Iraq and Syria without a new authorization and the congressional debate it would entail. And last year, Congress again rejected Lee's attempt to end the 2001 authorization.

Now the amendment goes to the full House, where it's already getting pushback: Cory Fritz, spokesperson for the House Foreign Affairs Committee, said that Foreign Affairs has sole authority to modify or repeal the AUMF, and that Appropriations doesn't have jurisdiction to change any existing law, so Lee's amendment should have been ruled out of order.

So yeah, it might be a little premature to start singing "Give Peace a Chance" or "Last Night I Had the Strangest Dream" just now. But here's another surprising detail:

Lawmakers applauded when the amendment was added by voice vote to the defense spending bill, highlighting the frustration many members of Congress feel about the Authorization for Use of Military Force (AUMF), which was initially approved to authorize the response to the Sept. 11, 2001, attacks.