GOP Congressdick Will Fix Healthcare, By Letting Your Kid Sleep On His Broken Bones (No, Really) 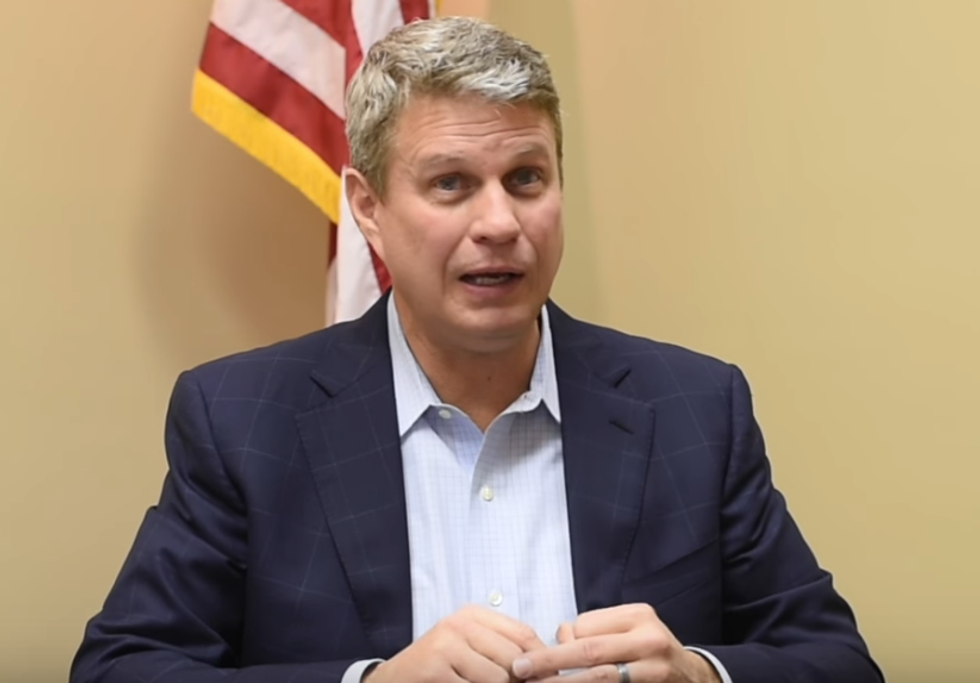 In case you woke up on the right side of the bed with a newfound desire to try to listen to your Republican pals' ideas and not reflexively assume they're just complete monsters, we'd like to go ahead and ruin your day. Let's learn all about Rep. Bill Huizenga (R-Michigan) and his ideas about how it's OUR responsibility to take charge of OUR OWN healthcare costs, by not being such pussies who just HAVE to take our kids to the emergency room when they're severely hurt. Have your stupid kids never heard of walking it off? What about shaking it off? What about getting in bed and crying and screaming until you fall asleep, due to how assorted bones are currently broken, but daddy says it's more Fiscally Responsible to go to the doctor in the morning, instead of being a total welfare queen wuss who's burdening our sweet, innocent medical insurance companies by being all, "MY BODY IS BROKEN RIGHT NOW!" Waaaaaaah, you sad, weak kids!

You think we are exaggerating, of course, but we are not. This happened in Rep. Huizenga's OWN FAMILY, to his OWN KID:

He says his youngest son fell and injured his arm. Not sure if it was sprained or broken, he and his wife decided to wait until the next morning to take the 10-year-old to the doctor's office, instead of going to the emergency room that night. The arm was broken.

"We took every precaution but decided to go in the next morning (because of) the cost difference," Huizenga said. "If he had been more seriously injured, we would have taken him in. ... When it (comes to) those type of things, do you keep your child home from school and take him the next morning to the doctor because of a cold or a flu, versus take him into the emergency room? If you don't have a cost difference, you'll make different decisions."

In this asshole's America, your leg bone can be sticking out of your skin, and you'll need to wait (wail and cry all you want, you little pussy) while Father Knows Best conducts a cost analysis of whether it's fair to our insurance companies to go to the emergency room to see your body is actually broken. For real, this is actually part of his philosophy of -- again, we said we are not exaggerating -- shifting "more responsibility ... to the shoulders of patients to reduce costs," according to MLive. He wants people to take more of their hard-earned moneys (which they obviously have MILLIONS OF lying around) and stick it in pre-tax health savings accounts (how generous!), so they can learn to be a little more responsible with whether they are dying of a broken body at any given time.

"At some point or another we have to be responsible or have a part of the responsibility of what is going on," Huizenga said. "Way too often, people pull out their insurance card and they say 'I don't know the difference or cost between an X-ray or an MRI or CT Scan.' I might make a little different decision if I did know (what) some of those costs were and those costs came back to me."

Silly Americans with health insurance, using their health insurance like common health insurance havers! What do they think this is, a dumb industrialized nation with decent healthcare? Rep. Huizenga has heard about places like that, on Fox News, and he has heard they are hotbeds of squalor, liberalism and long life expectancies.

So! What have we learned from this post? Not to have faith in our fellow Americans who happen to be Republican congressmen who want to "repeal and replace" Obamacare, because hey, here's a guy who'll screw over his own kid in service of his ideology? Sounds like ... most Republicans!

Good lesson, everyone, see you next time!