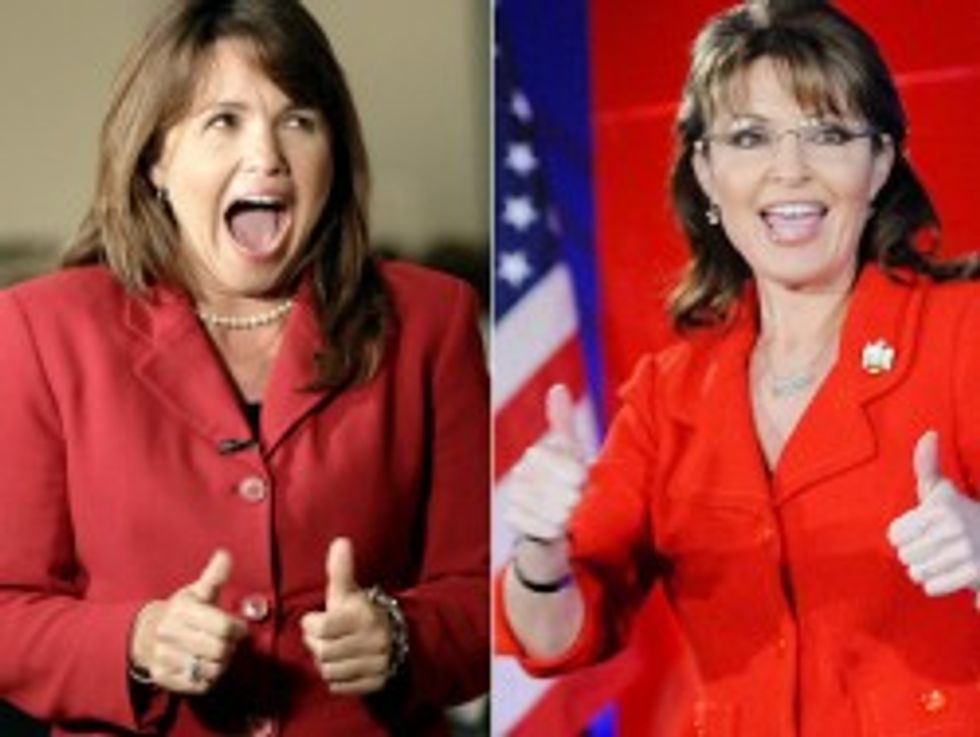 Sarah Palin, the most perfect living human being since Jesus, made absolutely perfect Senate picks -- all of them lost. In several cases, her vain and idiotic intrusions cost the GOP perfectly safe races. Just to bring back the sweet memories of Election Day 2010, here are the Senate candidates "helped" by Palin: Sharron Angle in Nevada, John Raese in West Virginia, Carly Fiorina in California, Joe Miller in Alaska and Christine O'Donnell in Delaware. Those last two spectacular failures can be blamed on a specific kind of moronic meddling that should be trademarked by Palin: Her support of Joe Miller was nothing more than the latest rotten fruit of her longstanding grudge against popular Alaskan Republican Lisa Murkowski, and her backing of loony lightweight Christine O'Donnell seemed to be based on nothing beyond Palin seeing a reflection of her vapid self in the empty eyes of a Delaware never-was.

It's okay to mention these comical facts, as long as you don't have anything to do with the Republican Party or its special-education outreach unit, the Tea Party. But Louisiana GOP Congressman Spencer Bachus is a Republican, and apparently wants to continue his political career without the modern-day equivalent of finding a racehorse head in your sheets.

So to avoid Palin's Twitter Terrorism, Rep. Spencer Bachus has put out a half-assed apology for blaming the Alaska grifter for costing the GOP the Senate. Last week, Bachus told a gathering of Republicans what anybody who can read already knew: That Palin's dingbat endorsements and campaign circus act cost the Republicans utterly safe seats such as the one Mike Castle was expected to easily win in Delaware.

Questioned by the Associated Press Tuesday following his anti-Palin comments, a spokesperson for Bachus, Tim Johnson, downplayed the remark, saying it had been taken out of context .... Johnson added that Rep. Bachus was "extremely complimentary" of both Palin and the Tea Party, according to the AP.

Out of context? What, was he actually talking about an alternate dimension? [CBS News]