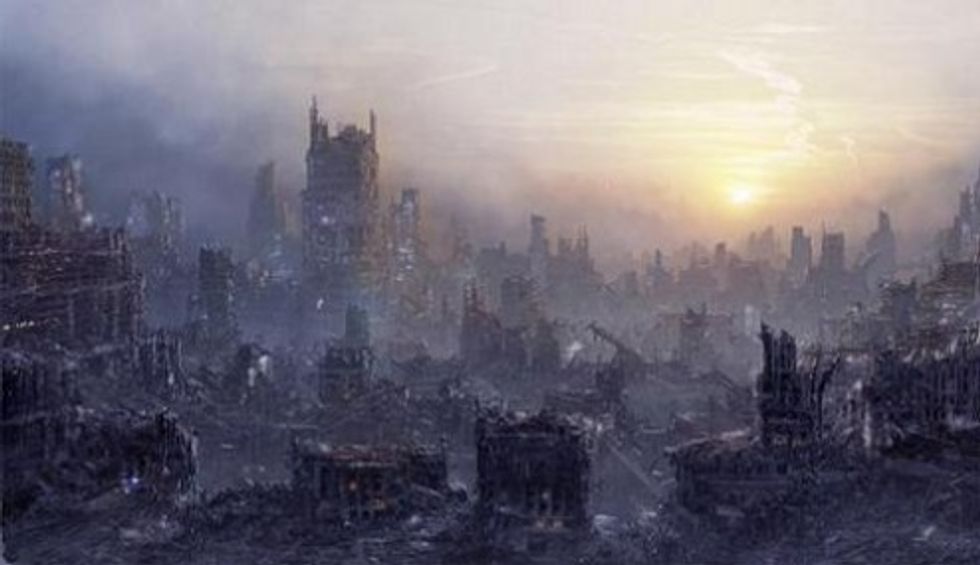 John Boehner is mad as hell, and he’s not going to take it anymore! So the Smoking Man dragged his rich Corinthian leather hide in front of a room full of reporters to say that the House of Representatives had done all it would do to avoid the upcoming sequester, and now is the time for the Senate “to get off its ass.” Salty! We are sure Lindsey Graham promptly swooned upon his fainting couch while calling for one of his aides to bring him a paper fan and a mint julep.

It is all part of the blame game in Washington over the latest gimmick our leaders ginned up so that the Tea Party Caucus can continue holding its breath until it turns blue.

This trick, known as the sequester, will cut federal spending by 2.5% over the last six months of the fiscal year, or somewhere in the neighborhood of $85 billion out of a $3.5 trillion budget. It’s so simple, South Carolina governor and alleged blogger-diddler Nikki Haley (Nikki, call me!) says even her kids could do it, but her kids are from South Carolina so we have our doubts.

This is the latest Republican push: to claim that these cuts represent a trivial amount of money while also demanding that the president initiate them himself so the GOP won’t get blamed when some of its constituents find themselves laid off from jobs or standing in longer lines at the airport. Party of personal responsibility!

The White House has countered by talking about how exactly non-trivial these cuts would be to people who rely on the federal government for income. And we’re not talking about the mooching welfare queens with their lavish food stamps and free Obamaphones. So President Obama traveled to Newport News, Virginia, a small city whose main industry is building and repairing Navy ships, and which is already awash in anxiety because the Navy just postponed a massive retrofitting of the carrier Abraham Lincoln at the shipyard there. All this confusion has caused what can only be described as ideological incoherence from some of the locals:

In the smoky bar, ideological lines get blurred. Somers is a union guy but not an Obama fan. He wants cash to keep flowing to the large military contractor that employs him, but he opposed the auto bailout. He needs Washington but feels manipulated by it.

“They spend our money like a drunk sailor. . . . ‘We’ll give you a little bit of something, a little piece of cheese.’ Dangle that cheese. We’re pawns, that’s what we are,” he said.

But Somers has four kids and ultimately, he said: “I’m willing to accept anything to turn the country around. If it takes me getting laid off, so be it.”

Mr. Somers, you are so adorable with your Rush Limbaugh-themed crib notes!! As it happens, your newest Wonkette correspondent “grew up” -- for lack of a better term -- near Newport News, and he can testify that the military is to that region of Virginia what automobile making is to Detroit. That pride Mr. Somers feels in building Navy ships? Autoworkers in Detroit feel that same pride when churning solid Ford cars and trucks off the assembly line. But of course the Navy is all about projecting “America Fuck Yeah!” around the world, while bailing out an auto company is one step away from centralized economic planning just like the Soviet Union used to do, or something.

Mr. Somers’ martyrdom could be avoided if the Socialist Kenyan Usurper would just give in to the GOP’s demands and make sure none of the spending cuts hit the defense industry, as demanded by a Congressional rep from the area:

Rep. J. Randy Forbes (R-Va.), who represents the nearby Chesapeake area and has constituents who work at the Newport News shipyard, introduced legislation Monday to exclude the Defense Department from sequestration and to cut the total savings target by that much.

“When people are afraid of losing their jobs, and they see how poorly this has been handled, it’s easy for them to be mad at everybody,” Forbes said. He’s glad Obama is coming to town, but when the smoke clears and the president’s divisive advocacy ends, he said, they will realize he is to blame.

As good liberals, we could make an argument here against our bloated defense budget and how it could stand some cutting. And in the long term, we hope our leaders will consider taking some of that defense money and putting it into rebuilding our nation’s crumbling infrastructure. But in the short term -- like, before Friday -- there is no plan to put these good shipyard employees to work fixing our roads, bridges, electrical grids, sewer lines…the list of items that need fixing in America goes on and on. There is not even a plan to put these folks to work fixing up Newport News itself, parts of which have long been a dystopian landscape of boarded-up buildings, falling-down housing projects, and abject poverty. But they need the money that comes from government paychecks as much as university researchers need funding from governmental organizations like the NIH to hire workers in their labs or the unemployed need those UI checks (which, the shipyard workers should note, they will be collecting if the Navy doesn't have the money to retrofit its aircraft carrier).

All of this is to tell the towering pile of bat guano that is the GOP congressional caucus -- again -- that a governing philosophy of “I got mine so fuck you, Jack” is not sustainable. Americans like things like "money" that can be exchanged for goods like "food" and "shelter." Unfortunately, it does not look as if the rancid gizzards in Congress will reach sentience before Friday. Happy Sequestration, America!