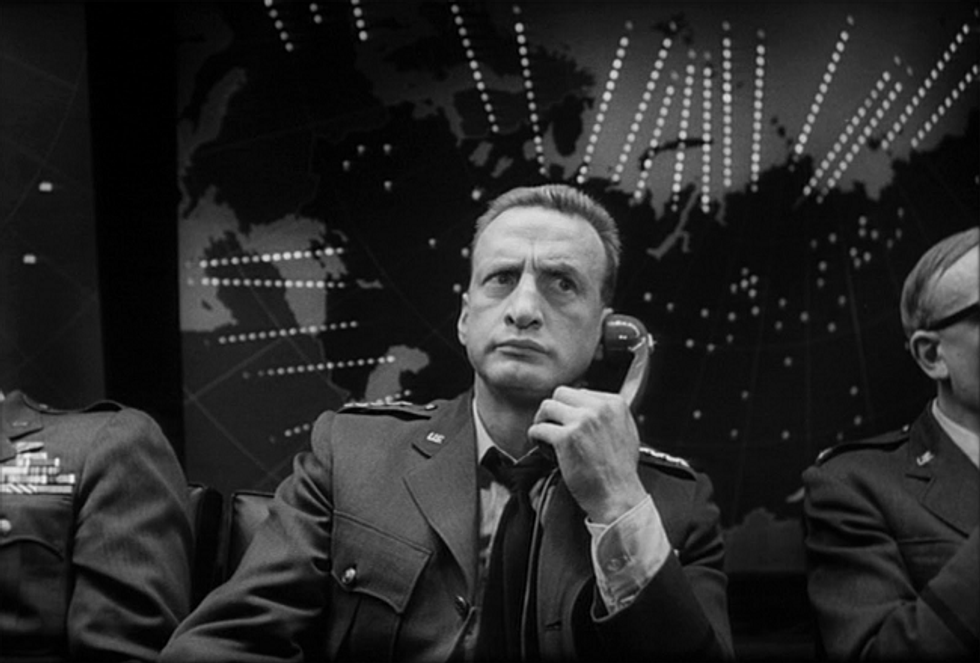 The Republican rebranding continues to suck more than ever, but at least we can be assured of one area where the GOP is making a comeback: Communications.

Specifically, in training new communications staffers for campaigns and harnessing social media to get the conservative message out directly to voters, bypassing traditional media the way the Obama campaign did in 2008 and 2012. Of course, Obama was aided by the fact that the policies he was pushing were not a bunch of retrograde, xenophobic, revanchist bullshit clipped from old John Birch Society newsletters and gussied up with a metaphorical new coat of paint and some spackle. But maybe giving themselves an A for effort in 2016 will be a balm to soothe the butthurt while watching Hillary Clinton give her inaugural address, right? (SPOILER ALERT: No.)

Let’s take at look at what they are saying at “Comms College,” the GOP’s school for operatives who want to learn to communicate good through this here series of tubes and such.

"If you are stubborn and fail to adapt to the environment and think that the strategy from 20 years ago is the way it is today, you are going to lose, it's that simple," said Rob Lockwood, the 27-year-old leader of the GOP boot camp, which is housed at the Republican National Committee in Washington. "This is about understanding the modern reality of the media."

Also if you fail to adapt to the idea that gay marriage is now a reality, that women consider birth control and abortion to be health and economic issues and not an excuse to get the taxpayers to foot the bill for all their fuckin’, that people actually like the benefits of Obamacare even if just the word itself has become poison, that some modest gun control measures are not the greatest threat to freedom since Hitler took all the Jews’ machine guns away so he could holocaust them faster, that a majority of Americans are not anxious to bomb everyone in the Middle East or occupy a couple of countries over there for another couple of decades -- then you are also going to lose, it’s that simple. But you guys go ahead and figure out a faster way to get your retrograde ideas out to the old white people who make up your base and already only watch Fox News, it’s totally adorable.

Jew-counting! Reports that Spicer is actually Fred Malek in a middle-aged skin suit could not be confirmed. Also, the GOP Rolodex doesn't seem to have any women in it, but then, there are so few of them, and they're all busy making ads to tell voters they really do exist.

Reeling from their demographic drubbing among Hispanics, African-Americans and women in 2012, they understood the need to present a fresher face to the American public, an ongoing process. Spicer said he recently met with the executive producer of a network Sunday show who begged him for "new hip conservatives" to feature on the show's roundtable.

“Hip conservatives.” Is that like jumbo shrimp? But sure, go ahead and put some wingnut hipsters on to woo the Sunday show audience of D.C. policy nerds and geriatric shut-ins and give them hope for the future. Us liberal city-dwellers will be too busy standing in line at the newest hot spot for brunch.

Guys, you can have as robust a communications machine as Obama had during his two presidential campaigns, but if the message is still shit, putting gold plates on that Buddha is not going to save your dying ideology of being selfish, heartless, hypocritical morons. But don’t take our word for it -– just wait for the returns to roll in on Election Night in 2016, when you’ll have spent the campaign looking so wingnutty that Hillary Clinton will seem liberal by comparison.