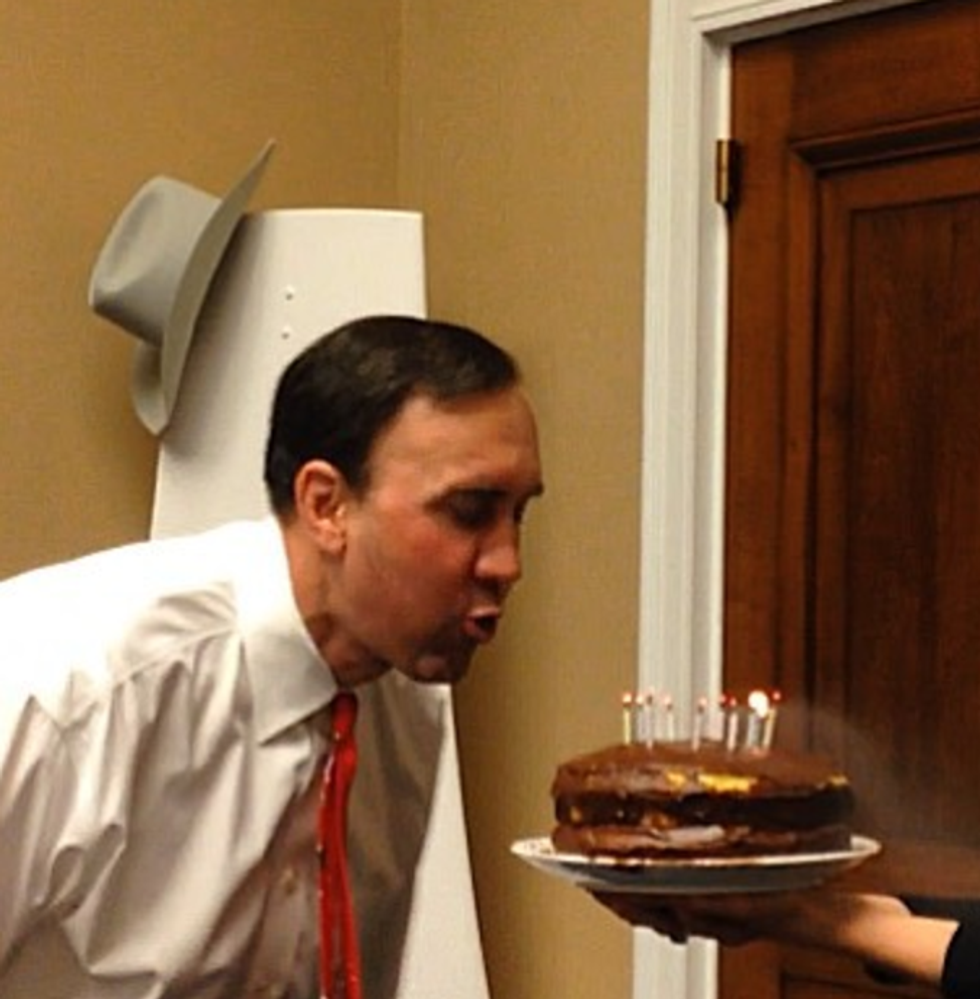 Last summer, during the height of the 2016 election season, Bill Clinton, husband to Hillary Email-Ghazi Clinton, landed at the Phoenix airport. Attorney General Loretta Lynch was also at that airport, and her private plane was on the same tarmac where Bubba's was. So off Bubba went to yip-yap with Loretta on her plane, because he's an old man who isn't in politics anymore, and he wasn't thinking about the #optics of running into a woman he's known for years, a woman who led the organization investigating his wife for being the Stalin of AOL free trial offers. They said they talked about their grandkids, and we bet Bill probably did that famous old person magic trick where they say "what's that behind your ear?" and presto chango, somehow Bill Clinton has pulled a delicious piece of hard candy or a shiny nickel or a bottle of Metamucil from behind Loretta Lynch's ear and suddenly everybody is clapping YAY MAGIC IS AMAZING!

Of course, as the salivating Clinton-obsessed media and the morons of the GOP showed us almost immediately, the #optics were kind of bad, so Lynch was like "Fine, fuck y'all, I will accept whatever recommendation the FBI gives at the conclusion of the Hillary email thing." Because of that, and because of concerns over how Lynch supposedly insisted on calling the Hillary investigation a "matter," FBI Director James Comey did a press conference a few days later announcing the conclusion of the "matter," saying "no reasonable prosecutor" would seek charges against Hillary. When Lynch and Bubba were exchanging pot pie recipes in Phoenix, the investigation was probably basically over anyway, considering the timeline. We imagine at that point Comey was just putting the results together in a nice binder, with a bedazzled glitter and glue book cover that said "Hillary Sucks But She's Not A Criminal: A Nancy Drew Mystery By James Comey."

But this one GOP congressman knows the story differently, or he thinks he knows the story differently, because he is obviously one of those fucking insane people who literally believes all the Clinton conspiracies Republicans have been Mama Birding into his gullible throat hole for the past few decades. It is Rep. Pete Olson of Texas, because of course he's from Texas, as most of the dumbest congressmen are from Texas. Olson told a Houston radio host named Sam Malone (not the character from "Cheers," a different Sam Malone) that Bill Clinton climbed up on that airplane and reminded Loretta Lynch, his longtime friend, that the Clintons are known to do MURRRRRRRRDER to people who cross them, and that Lynch better be sweet to his wife, the literal Charles Manson of emails, lest Lynch wake up dead one day like Vince Foster:

“I guarantee you,” the congressman said, “they had a conversation and he basically said, ‘Mrs. Lynch, call your attack dog off. We have killed people. We killed Vince Foster, we destroyed Webb Hubbell, we will destroy you.’”

And neither, by the bye, is Anthony Fuckhog Weiner.

Olson also stated that the tarmac meeting happened "the day before [Hillary] may [have been] indicted," which is another "fact" he pulled directly out of his mesquite BBQ sin hole.

Wonkette is fully funded by readers like you, because we ain't got ads! If you love us, click below to fund us!