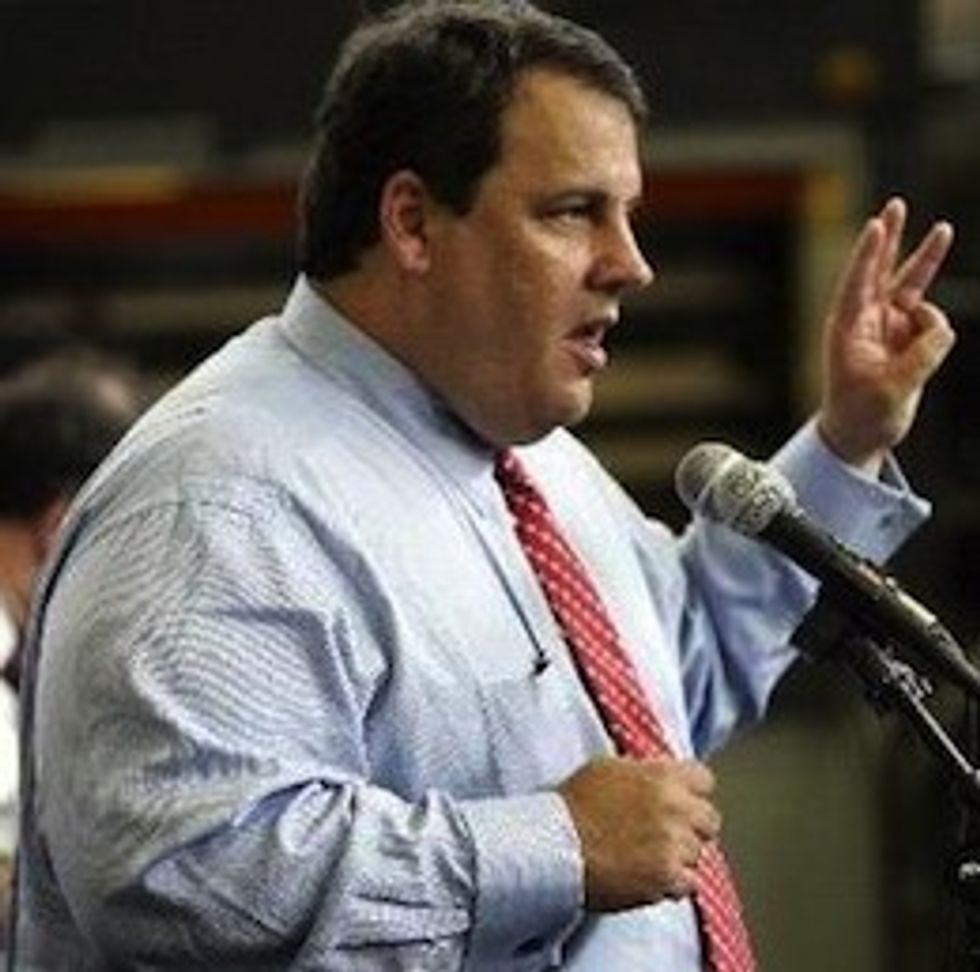 XXXL fiscal conservative hero Chris Christie would be the teabagger's top choice for the GOP nomination if he would only run, but he's always too busy giving "straight talk" about cutting all the government services for everyone ... and having a New Jersey state-owned helicopter and government flight crew chauffeur him to his kid's baseball games. As usual with these Republican heartthrobs, it's one set of rules for the working class and the poor and the middle class ("you get nothing") and a completelydifferent set of rules for the super-rich elitists and their hand-picked politicians.

A brand-new State Police helicopter was Gov. Chris Christie’s ride of choice yesterday as he traveled to and from his son’s baseball game in Bergen County.

His office won’t say where he came from or where he went afterward. But about an hour and 10 minutes after leaving the game, Christie arrived, by car, at the governor’s mansion in Princeton to meet with a group of Iowa businessmen trying to recruit him for a presidential run.

And then Christie laughed and ate seven pizzas and said, "I told you nitwits I wasn't running for president, and I've just proven I don't even want to be governor of New Jersey. Now get out of here before I eat you all." [NJ.com]