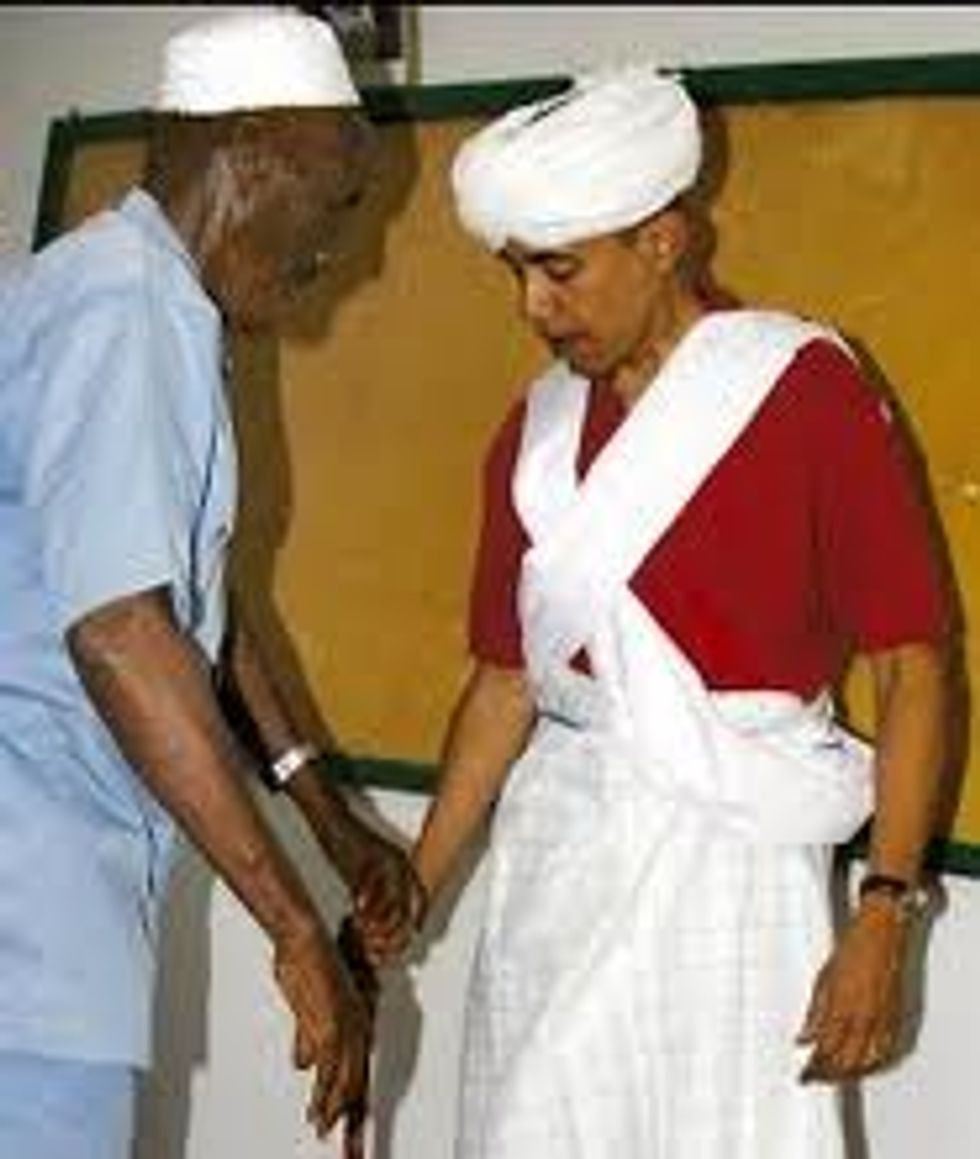 See that crew cut up there? That’s Scott Perry, representative for Pennsylvania’s fourth congressional district, spanning a wide swath along the portion of the state known as Pennsyltucky, which is basically everything between Philly and Pittsburgh, a general morass of meth and dumb interspersed with the occasional Amish. Anyway, Perry was hanging out with Yr Wonkette’s second-favorite Mooslim-hater — really, you need to ask who’s number one? — the other day for something called the Defeat Jihad Summit, which must have been a hoot, can’t believe we missed it. Eventually the subject turned, as these things do, to the Authorization to Use Military Force against the Islamic State that the president requested earlier this week.

The AUMF, it turns out, puts Rep. Perry in quite the pickle. While he knows the Islamic State guys are Bad Terrorists and he feels “duty-bound” to stop this “growing scourge” — probably with a ground invasion that will cost a few thousand lives and several trillion dollars, which we’ll pay for with tax cuts, but we digress — but because something something black Muslim president loves terrorists something something:

[H]e doesn’t want to sanction the use of force by Obama, who he claimed is “really working collaboratively with what I would say is the enemy of freedom and individual freedom and liberty and Western civilization and modernity.”

Does he have more Deep Thoughts about how much the president adores the terrorists the president is asking for his permission to bomb, which makes perfect sense and is completely unimpeachable logic? Yes, yes he does.

“And in that context, how do you vote to give this commander-in-chief the authority and power to take action when…you know in your heart that, if past performance is any indicator of future performance, that he won’t, and that he actually might use it to further their cause and what seems to be his cause and just drag you as a complicitor [sic] in it,” he said.

Did you catch that part about how “their cause” is what “seems to be his cause”? So here we have a member of Congress saying, in public, without shame or hesitation, that the president is on the terrorists’ team, and nobody bats an eye, let alone demands his resignation and/or censure. We will note and file this for the next time Ron Fournier whines about why can’t Obama get along with Congress.