GOP Rep. Marsha Blackburn Does Not Care For Your Silly Poll About Planned Parenthood 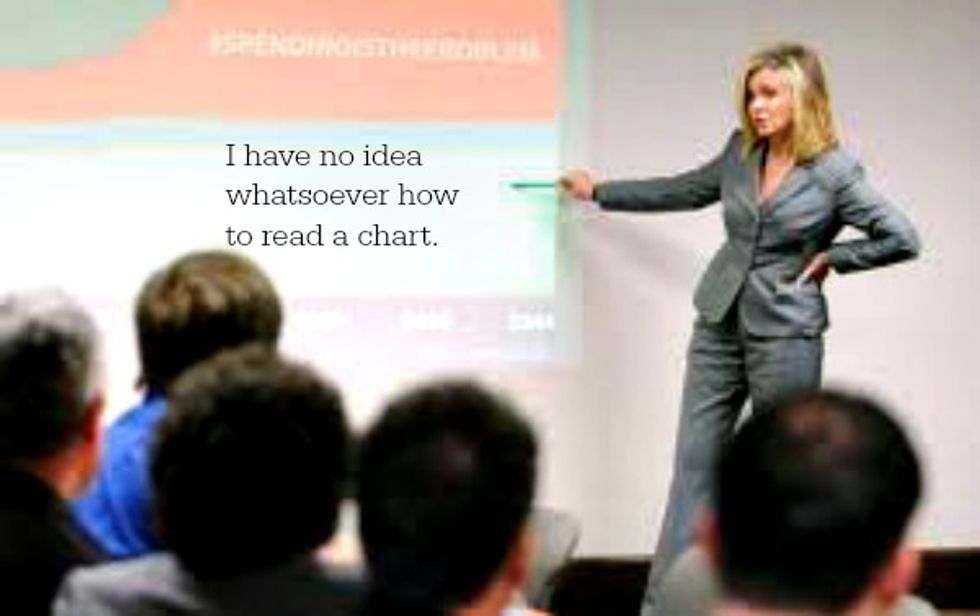 Did you ever stop to think about how difficult it must be to be a conservative fact-free jackhole? In the face of every bit of evidence to the contrary, you have to cling to nonsense like being sure that Barack Obama was born in Kenya during the faked moon landing. It must be exhausting. Pull up a pillow for Tennessee Congressman Marsha Blackburn (nope, not a typo, as she insists upon the term), because Rep. Blackburn has got to be plumb tuckered out with her recent Herculean efforts to deny the reality of a recent Vanderbilt poll.

Seems that the comsymp babykillers at Vanderbilt University had the goddamn gall to ask people if they liked stupid unnecessary liberal medical things like cancer screenings, birth control, STD testing and counseling, and breast exams, and do they want the state to provide funding for those things? Whaddya know? At least two-thirds of the fine Tennesseans surveyed by Vanderbilt were actually in favor of throwing sweet sweet taxpayer cash at those things if you don't point out they happen at Planned Parenthood.

Now Blackburn figured out that even though the poll did not ask "How much do you love Planned Parenthood when it kills babies? Do you want to marry it or just slip it some tongue?" those exact types of services the poll asked about were things that Planned Parenthood actually does, except that it failed to mention the part that Planned Parenthood is where you snack on lightly breaded baby parts. Therefore the poll was one big fat lie. At least we think that's what she means?

The poll didn't specifically ask about the abortions provided by Planned Parenthood, though, and because it didn't, U.S. Rep. Marsha Blackburn, R-Tenn., accused the university of trying to advance a political agenda.

"I am disappointed that an institute such as Vanderbilt is publishing a poll that has such a thinly veiled agenda. Vanderbilt has a responsibility to educate women, men and children about access to quality health care," Blackburn said in a statement to The Tennessean.

Yes, because why on earth would educating people about access to quality health care ever include a discussion of where many people do, in fact, get their health care? That's just crazy talk.

Here's the problem with Blackburn's most recent refusal to accept the basic tenets of reality: Elsewhere in the poll, Vanderbilt did use the dreaded PP word, and found out that support for those sorts of health-related services drops a bit, but doesn't in any way bottom out.

Congressman Marsha Blackburn, we are very sorry that you cannot bear to live in a world where people actually wish to have their taxpayer money go toward things that actually help people, even though we do not understand why that is anathema to you. Please do go on living your life entirely untethered by the pesky ties of reality. It seems like it suits you.

[The Tennessean, h/t to tipster Lisa]