GOP Rep: Student Loans Will Lead To A Holocaust Run By German-Americans, Obviously 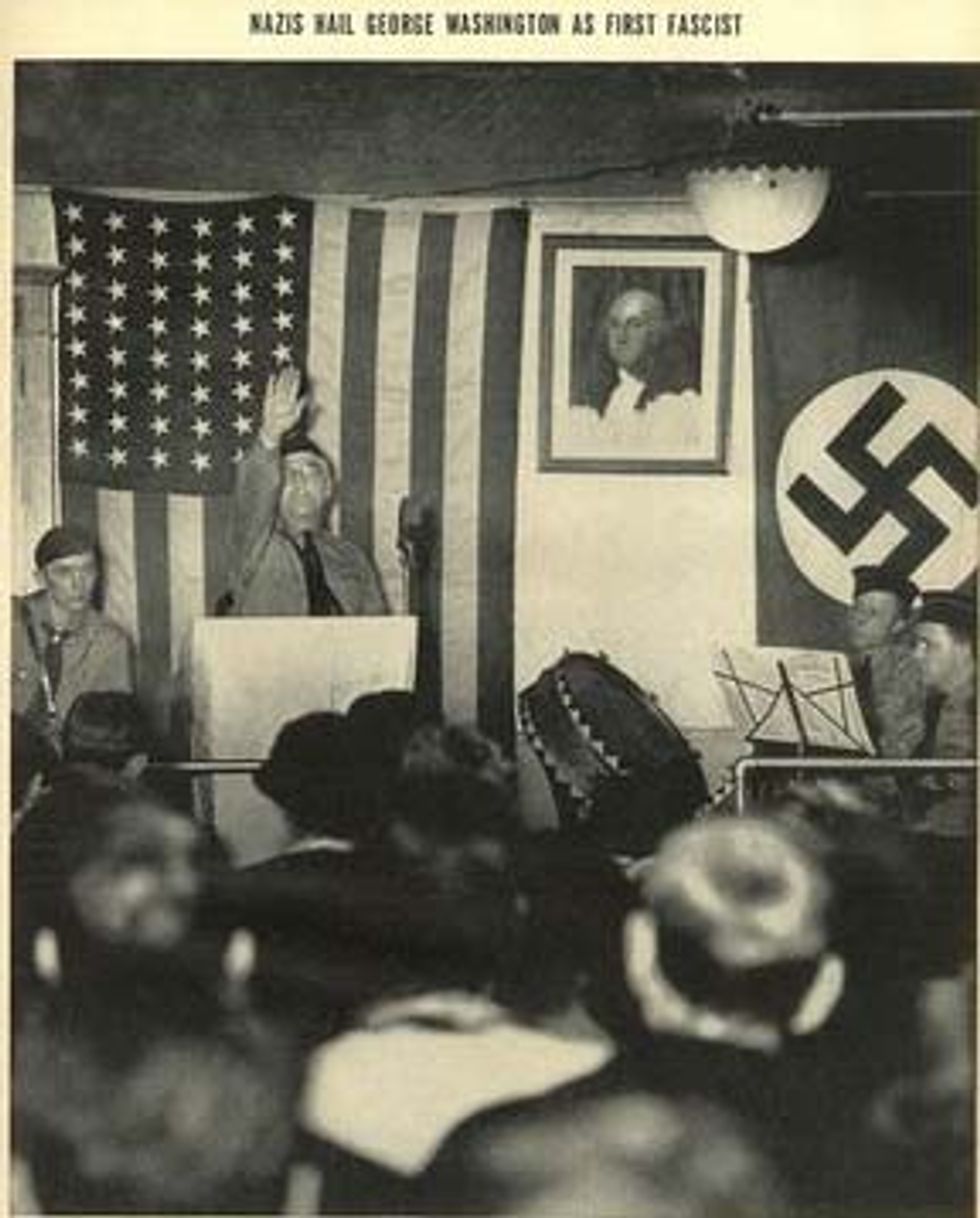 Way out in the western part of the great state of Maryland is a mountainous land that is mostly rural and white and working class, more Winter's Bone than The Wire. This corner of the state has been represented approximately forever by Roscoe Bartlett, an 86-year-old Republican who has something of a reputation of being "one of the sane ones" on that side of the aisle. But ol' Roscoe is in a tough re-election fight this year, so he's had to maybe pander a little bit, to improve his poll numbers. Like, telling your constituents at a town hall meeting that federally subsidized student loans will basically lead to a new Holocaust, a Holocaust perpetrated by the millions of German-Americans who are just lurking among us, just waiting for their orders from their dead Nazi overlords to rise up and slaughter the Jews -- that's what they want to hear, right? That'll get votes?

We feel mildly bad for poor old Roscoe, because the mean Democratic-run state government gerrymandered the crap out of his district last year so that it now contains lots of irritating liberal suburbanites in Montgomery County. (In the process, they packed more Republican voters into the district of the awful Andy Harris, ensuring he'll be around forever, gross.) But still, that's the the kind of scenario when you want to pivot towards the middle a bit, not tell people that the federally subsidized student loans that huge numbers of Americans hold are the first step on the road to Nazi treachery, as he does in this video!

If you didn't follow that (and of course you didn't, because he's a mumbly old man and the sound in the video is terrible), Bartlett's logic goes like this, as interpreted by the Washington Post:

Bartlett subsequently apologized for invoking the 20th century's worst horror in response to a low-key question about education policy, and for questioning the loyalty of the German Volk on American soil. He did not, naturally, apologize for saying that a program that for decades has provided access to higher education for non-rich Americans is unconstitutional. [WaPo]