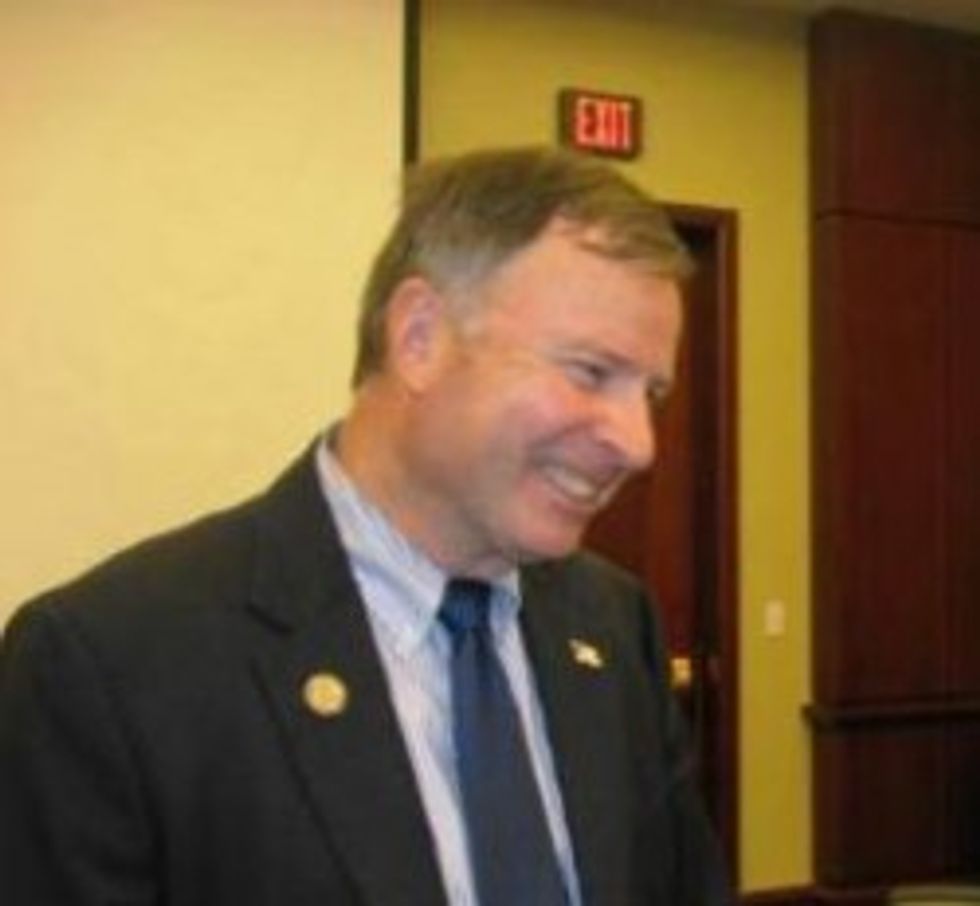 Colorado GOP Representative Doug Lamborn, the nefarious numbskull briefly mocked in the national news last year for managing to slip the words "tar baby" into a whine about the black president, would not care to apologize to an award-winning coal-mining activist whose attempt to testify to the House Natural Resources Committee about the pollution caused by mountaintop coal-removal using a photograph of a forlorn-looking child huddled in a bathtub full of putrid orange water was met with a child pornography investigation from Capitol Police, at the request of committee staff members. The police of course found nothing, but let this be...some kind of dire lesson, about trying to educate members of Congress against their will. "I think this woman should consider what type of materials she brings to hearings," said Lamborn. "Maybe that's something she wants to consider." Speaking of considerations, what led him to this astute conclusion? What specifically in his own estimation?

He said he decided to pull the photo, though he never saw it and still hasn't seen it. He says he has no desire to view the photograph, shot by a California-based photojournalist. "I was going by what staff recommended to me," he said Wednesday. "They had a serious question about whether this is appropriate or not, and based on that, the police based in any state ... will be very cautious and they will want to do due diligence to make sure there isn't some problem."

Good to hear that everyone from the police to congressional staff members have done their due diligence and determined that there is absolutely nothing criminal about a photo of a child bathing in filthy, polluted water. Sign off on those mining permits already, team!

Again, we encourage you to look at the photo. (At least the photo and the mining pollution issue ought to get widespread play out of this.) [Denver Post; thanks to Wonkette commenter "flamingpdog"]