GOP Tax Plan Will Leave Poorest Americans Even Poorer. Champagne All Around, Chaps! 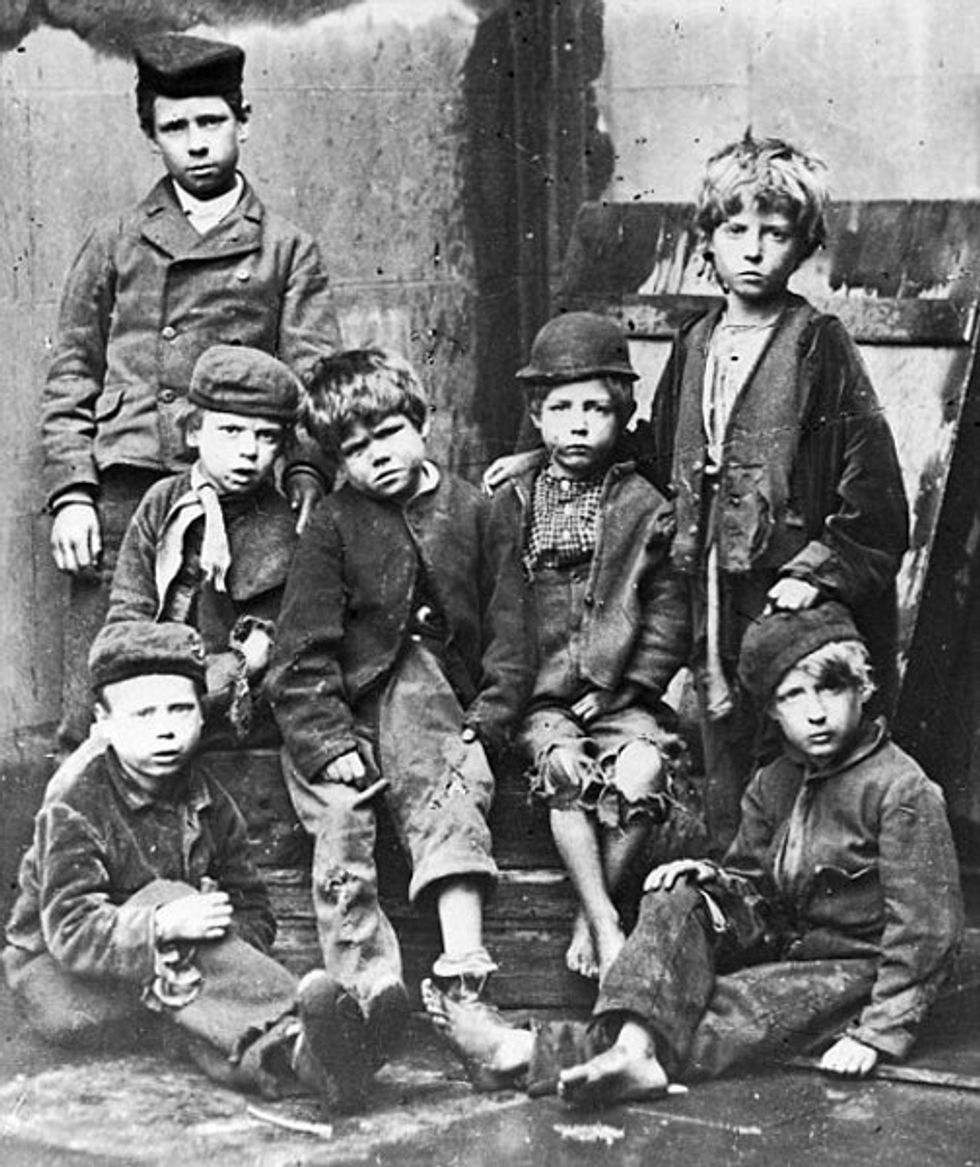 It's time for a national conversation about the Urchin Problem

We already knew that the Republicans' tax cut plan would give rich assholes lots more money to be rich assholes with, because they paid good money for their Republican majorities and now it's time for the hired help to deliver. And we already knew that after a few years, taxes would actually go up on anyone making less than $75,000 a year, with the benefits still flowing to the really rich folks. But now the Congressional Budget Office has factored in the net costs of all the spending cuts thrown into the plan to try to keep the huge tax breaks from blowing up the deficit, and that new analysis shows that not only will lower-income Americans get hit with a tax increase, they'll also lose significant benefits, resulting in a net loss for folks making under $30K a year by 2019, and later, in 2021, people making less than $40,000 a year would also find themselves in the hole. And then they'll probably run out and vote Republican after Donald Trump blames Mexicans for working Americans' troubles.

The biggest driver of the additional pain for working-class families will be the GOP War On Healthcare. Ending the individual mandate, which the CBO estimated would increase premiums so much that 4 million people would lose insurance by 2019, would lead to an additional 13 million uninsured by 2027. The Joint Committee on Taxation had already issued a report showing that the loss of health care tax credits would hurt lower-income families, but the CBO went one better:

The CBO also calculates what would happen to Medicaid, Medicare and the Basic Health Program if the Senate GOP plan became law. The CBO is showing even worse impacts on poor families than the JCT did.

Who wins and who loses the most, and when? Here, have a chart from the CBO! The negative signs in the table indicate net tax cuts for wealthier Americans -- and just look how big the tax burden will be on the lower end of the income scale as time goes on:

Not surprisingly, Republicans are dismissing the new CBO projection as mere piffle, since as everyone knows, health care is a choice, and if families choose to go without health care and choose to never get sick or injured, ever, then they won't incur these supposed costs. All you have to do is decide not to get cancer or heart disease or diabetes or be born with a congenital illness, so this plan really rewards people who make good choices. Especially those who choose to be born rich. Besides, poor people don't pay much or any income tax to start with, so losing tax credits for insurance -- which the government pays directly to insurance companies -- won't hurt their wallet at all! As long as they have perfect health, which everyone should decide to have, for sure. It would be very irresponsible of any poor people to ever be sick or injured, and this plan simply makes sure they pay for their bad decisions. And if they can't pay, they can always go to the emergency room, where they have to be treated, and that can be their healthcare plan, which no one will ever have to pay for, except for the tens of billions of dollars a year in uninsured ER visits that have to be picked up by hospitals and then spread throughout the healthcare cost chain.

In any case, while Republicans don't give two ripe shits about the health or finances of tiresome poor and working class Americans, some of them do worry that the tax bill might add too much to the deficit, while others worry that it's still not generous enough to the rich, so any effort to get more senators on board by giving the rich even more might run into trouble from the two or three deficit hawks still in office, and vice versa. And through it all, the Rs are still trying to sell this mess as a "middle class" tax cut, even though the early cuts for middle class taxpayers expire early to keep the deficit from ballooning.

Obviously, the Senate wants to vote on the thing this week, because they promised to pass this for America/their donors. Enjoy losing your healthcare to help Donald Trump's kids avoid the estate tax. YAY!

Yr Wonkette is supported by reader donations. Please click here to throw money at us, before the GOP grabs it.