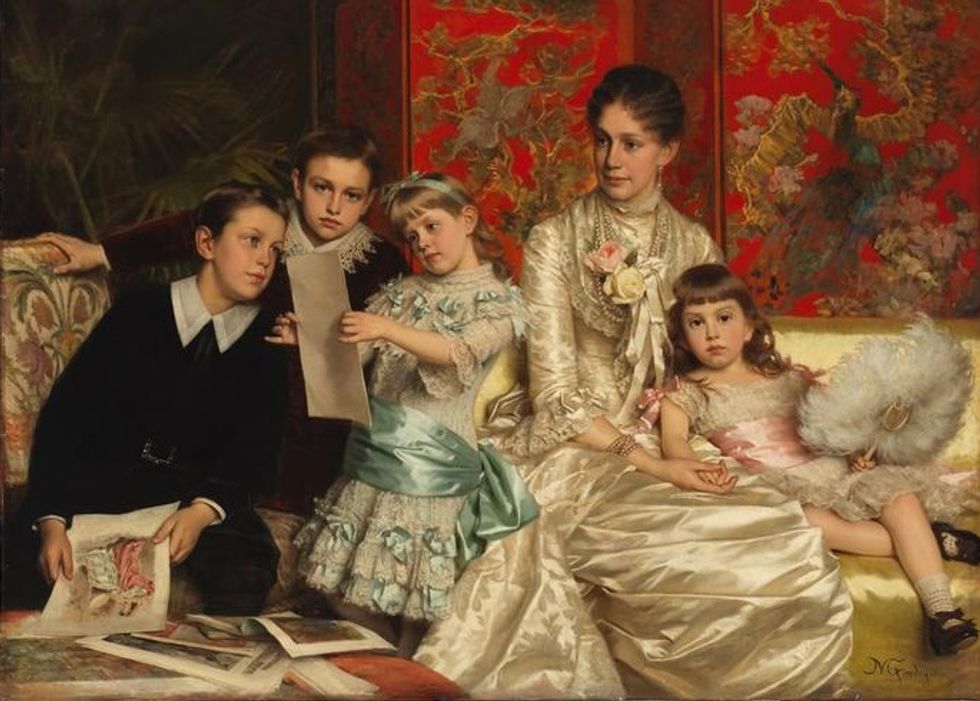 Shall we create some jobs today, children, or go to Belize?

One of the selling points of the Republican tax plan is that it's going to be great for families across the income spectrum, because the Child Tax Credit (CTC) will be expanded from the present $1,000 to a much more generous $1,600 per child. Isn't it nice of the Republicans to help average everyday families like that? Oh, but there's a bit of a catch, the Center on Budget and Policy Priorities (CBPP) noticed: The benefits of the expanded child tax credit would go mostly to higher-income families, while excluding millions of lower-income working families. Just imagine that!

The CTC was added to the tax code in 1997 by Bill Clinton to help working families, and has been modified a few times by bipartisan votes. Currently, the credit is $1000 per child and is only available to working parents whose income falls within a certain range:

Since it's a partially refundable credit, that means that even families who make so little that they don't have to pay tax at all benefit from the CTC, which (along with the Earned Income Tax Credit) can give poorer families enough of a boost in income that they end up either climbing above the poverty line, or at least are less poor. (And SHUT UP, Fox News, even families who pay no income tax have to pay sales and payroll taxes!) At the upper end of the income limits ($110,000 for couples), the amount of benefit for the CTC starts trailing off, and eligibility for the CTC is capped at $150,000 for a married family with two kids.

So here's the neat trick the GOP tax plan will play: It increased the maximum child tax credit to $1,600 but only for some families. Richer families than ever would qualify for the credit: The gradual reductions wouldn't kick in until a couple's income is $230,000, and the cap goes all the way up to $294,000 for a married couple with two children. But here's the catch, according to CBPP:

At the lower end of the income scale, the bill would deny most or all of the CTC expansion to millions of children whose parents work for low wages. More than 10 million children in low-income working families would be excluded entirely. A family with two children that makes less than $16,333 would get no help from the House GOP CTC proposal.

Mind you, the poorer families would still qualify for the lower benefits of the existing CTC -- they just wouldn't see any increased benefit from the GOP's "expansion" of the CTC, thus converting the tax credit from an anti-poverty tool into a bribe to middle- and upper-middle-class families so they'll complain less about the all the super rich folks getting huge income tax cuts.

The CBPP offers us a quick illustration of who'll be getting a tax credit boost from the new and improved CTC:

The minimum-wage worker with two kids would still get the existing CTC, but wouldn't see a penny of the "expanded" credit, while the couple making $200K, which is currently not eligible at all for the CTC, would get a sweet tax credit of $3,200 for their two kids. Maybe they'll hire the minimum-wage lady to come clean up after them!

Oh, and while an early draft of the reformed CTC would have changed the eligibility formula to give poorer families a bigger boost, the Rs instead aimed a kick at the heads of America's least-wanted children, eliminating the CTC for American-born children whose parents are undocumented immigrants. Take that, anchor babies! Or rather, take nothing!

The CBPP, attempting to make the case that giving even half a shit about poor kids would somehow benefit the nation, notes:

The parents left out of the House bill’s CTC increase generally work at low-paying jobs, and the children in these families are the children who would benefit most from a CTC increase. Research finds that for many poor children, receiving income from refundable tax credits during childhood produces benefits at virtually every stage of life, including improved school performance, higher college enrollment, and increased work effort and earnings in adulthood.

Yeah, sure. But if they really want to have better lives, those kids should be born rich. Why should everyone else have to subsidize their bad choice of parents?

Yr Wonkette is supported by reader donations. Please click here to help us create jobs. OK, keep them, whatever.