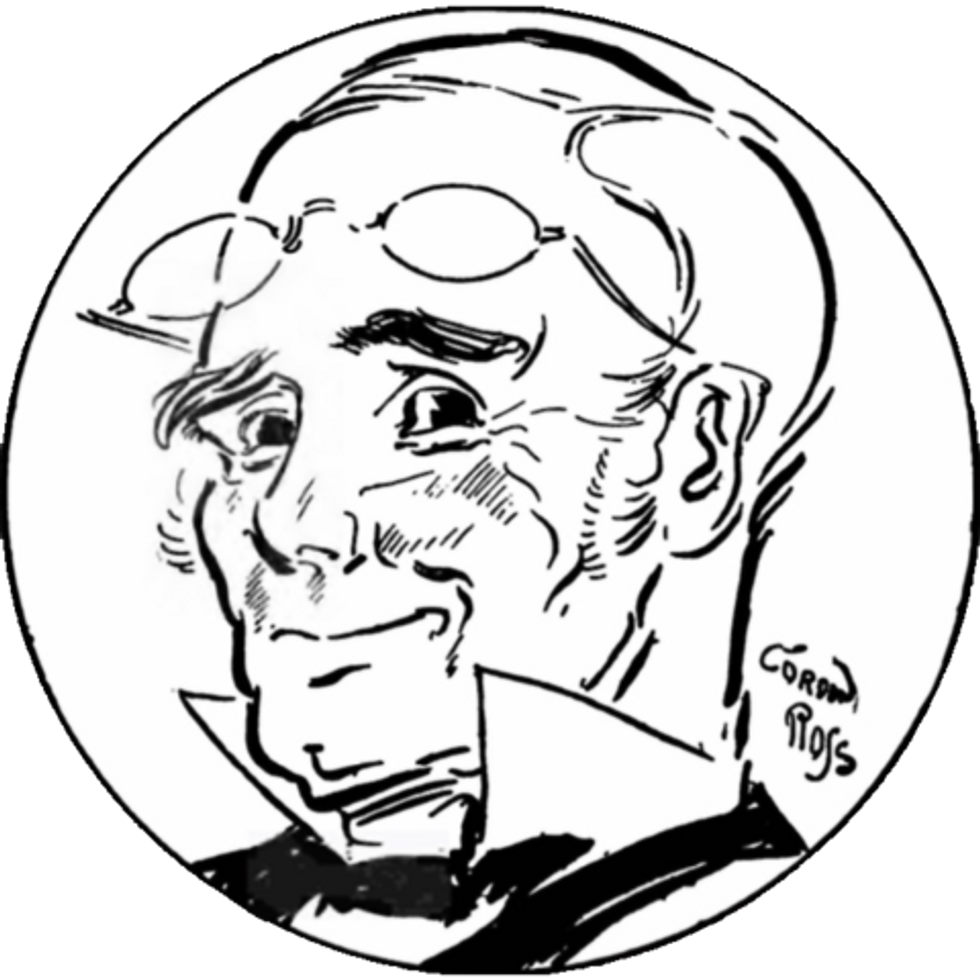 Poor irrelevant "undercover journalist" James O'Keefe turned into a parody of himself almost as soon as everyone realized his great big video exposé of ACORN was a badly cobbled-together bunch of lies, partial quotes, and deceptive editing, but bless his heart, he keeps trying. For instance, he's just released the first fruits of his exciting new project to reveal to the world how the lamestream media manufactures "fake news" with all their bias and fakiness. As proof, today he unveiled a whole bunch of supposedly shocking tapes of low-level CNN employees recorded talking about putting news shows together in 2009, a trove of decidedly nonshocking conversations about relatively minor matters, like whether to include results of a Rasmussen poll in a story and deciding not to, since Rasmussen is crap, an opinion held by many (by which we mean all) polling experts. After days of O'Keefe hyping the find all over rightwing media, the actual release of the recordings appears to have landed in the media world with the impact of a damp wash rag dropped from a second-floor window. Onto wood shavings.

Lord help the boy, he's just not very smart, but he tries his best to act outraged that CNN staffers in 2009 were caught arguing over whether it was appropriate to call two-week-old data "a newly released poll" (and what's more deciding not to!), or saying, "Fox News, I think Fox News is unbearable. It's horrible." O'Keefe is especially pained over that one, whining that "CNN's liberal, anti-Republican, and anti-Fox News bias is clear." Someone fetch the smelling salts!

Even worse, O'Keefe decries the news desk editor for CNN's online outlet "The Wire" for "speaking profound liberal bias." Boy, we bet this is going to be simply astonishing!!!

That issue, climate change, I mean science is pretty much on board and there are a few dissenters. There's no debate. It's like you know, born-agains saying there's a debate over, you know creationism, and all that stuff. There is no debate.

Egad! Those monsters at CNN think science is real! Where's the outrage, America?

But the most horrifying find O'Keefe could come up with was this clear proof that CNN is out to promote class warfare:

Richard Griffiths, who is now CNN's Vice President and Senior Editorial Director, was caught explaining that the role of a journalist is to "aid the afflicted and afflict the comfortable."

"If we are journalists, what is our role as a journalist? What is the fundamental role as a journalist, for us to do? "Tell a story. Tell what's going on. There's a secondary corollary to that, right? Aid the afflicted and afflict the comfortable. To a degree, right? Is that not part of the traditional role of a journalist. It's actually one of the things I can be most proud of as a journalist. You know we try to show the ugly side of humanity so we can do something about it. It's hard, very hard."

Are you not shocked? We know we are, because Griffiths didn't even get the line right. The actual cliché, attributed to Finley Peter Dunne's sage Irish immigrant character "Mr. Dooley," was "The job of the newspaper is to comfort the afflicted and afflict the comfortable.” Or as Dunne actually wrote in the 1902 book Observations by Mr. Dooley,

And oh my god, a CNN guy quoted it! Partly. The entire network is full of commies, obviously, and probably hairy-legged feminazi social justice warriors, too! WHY DOES CNN HAVE A DEEP-SEATED BIAS AGAINST THE COMFORTABLE, HUH?

Oh, but Mr. O'Keefe has at least unintentionally brightened our day. In what has to be the most scathing line of Politico's report on the nontroversy, we read this:

When reached for response, a CNN spokesperson said "I don't think there's anything to comment on."

Also, since we're quoting Mr. Dooley, let's have another round, which seems to fit James O'Keefe just fine: "A fanatic is a man that does what he thinks the Lord would do if He knew the facts of the case."

O'Keefe has posted, with no content descriptions, over 100 hours of random CNN office conversation for his dedicated fans to listen to on his dumb website Project Veritas (Latin for "a small coffee cup"). Who knows, maybe there's something outrageous in there somewhere. And because he's apparently had little luck finding new hidden recording scams to pull, or is simply getting really fucking lazy, he's also offering this brave challenge, probably with the understanding he'll never have to pay up:

we're announcing a $10,000 award for anyone that comes forward with legally obtained materials exposing media malfeasance. If you have hidden audio recordings, video tapes or documents inside of a news room or media institution, and the material is good enough, I will pay you $10,000.

Well then. If James O'Keefe himself has been producing increasingly lame "investigations" for the past few years, we can only imagine what wonders his wannabees will come up with. Tapes of local newscasters mispronouncing "Mnuchin"?

Yr Wonkette is ad-free, and also dedicated to afflicting the comfortable. Or at least poking at them with a snark stick. Won't you help us in this worthy endeavour?