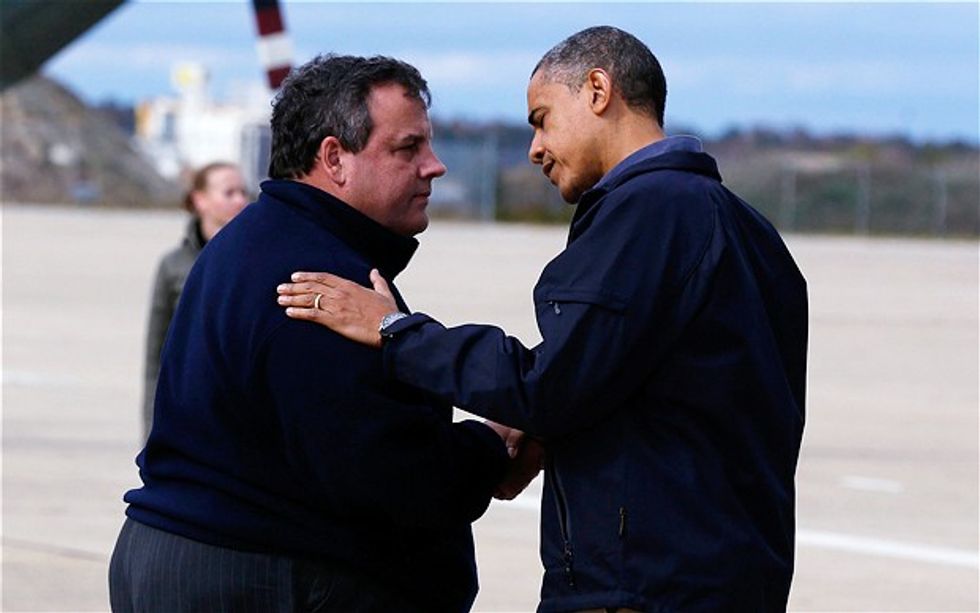 The House finally voted Tuesday to graciously give out approximately $50.5 billion to the states hit hardest by the freakishly strong Frankenstorm of the Century, Hurricane Sandy. The measure passed with a vote of 241-180, with 179 Republicans voting against giving any money to anyone ever again at all.

It has been 80 days since one of the worst storms ever recorded by the obviously Socialist National Weather Monitoring Systems swept across the Northeast in yet another attempt by an angry God to punish all the gayness and abortioning in America. In that time, we re-elected a President, hundreds of Americans died in violent gun deaths, Republicans spent all their time trying to ban abortion harder, and Chris Christie became a confusingly rational hero for people who believe when we have a devastating natural disaster in this country we should try to fix it and that John Boehner is a callous, disgusting failure.

However, Republicans, who are still exhausted from spending way more than a trillion unfunded dollars on wars for oil, saw the Hurricane Sandy Relief package as “an Early Opportunity for Budgeting” for the 113th Congress. Oh wait, that was the Heritage Foundation? Right. Same thing. At any rate, in spite of the obviously foolish pork like “funding for future [emphasis theirs] weather disasters, weather forecasting, repairs to the Smithsonian Institution, and upgrades to National Oceanic and Atmospheric Administration airplanes, among myriad other extraneous items,” the Congress did agree to finally come off with some of that sweet federal assistance, but not without being huge dicks about it first and letting everyone know they were once again absolutely going to do the only thing they are good at anymore – desperately making the point that they are always stupid and terrible. And they made the House vote for it in two parts, so that some of them could look nice about the first preliminary $17 billion vote, but then be hardasses about another $33.5 billion, because they have a rep to protect.

South Carolina Representative Mick Mulvaney, (R-Fuck Y’all) introduced an amendment to the preliminary vote of $17 billion emergency funds bill to cut an equal amount of some other federal discretionary spending (including money for the defense department, weird!) to “pay for it now” instead of having to literally go to the Chinese and beg for the money instead. Can you even make National Flood Insurance payments in Yuen? This is funny and typical because of course he’s a guy who has personally taken money through a federal SBA loan, when, of course, his office was flooded in a hurricane - but he actually needed the money! His office furniture was “on the front lawn!” This amendment failed, but it did enjoy the support of 157 dependably bad Republicans and five awful Democrats.

Who were these brave fighters against relief? Predictably, the Congressional members who voted against the relief package were mostly from states that receive more money than they will ever put into the tax base - unlike, say, New Jersey, Connecticut and New York, which are among the top ten states in the nation that pay way more in taxes than they receive back from the Federal Government (suckers!) – and some were from states that had specifically gotten money for stuff like “hurricane relief” with no spending cut provisions at all! It’s like they are doing this on purpose to be funny! Or willfully dickish! Or because they were told by the Club for Growth and Heritage Foundation that they would be held accountable for their votes! And it is one thing to worry about where states are going to get the money to help more than 41,000 now homeless people, but it is another to have to worry about how you will fund your re-election.