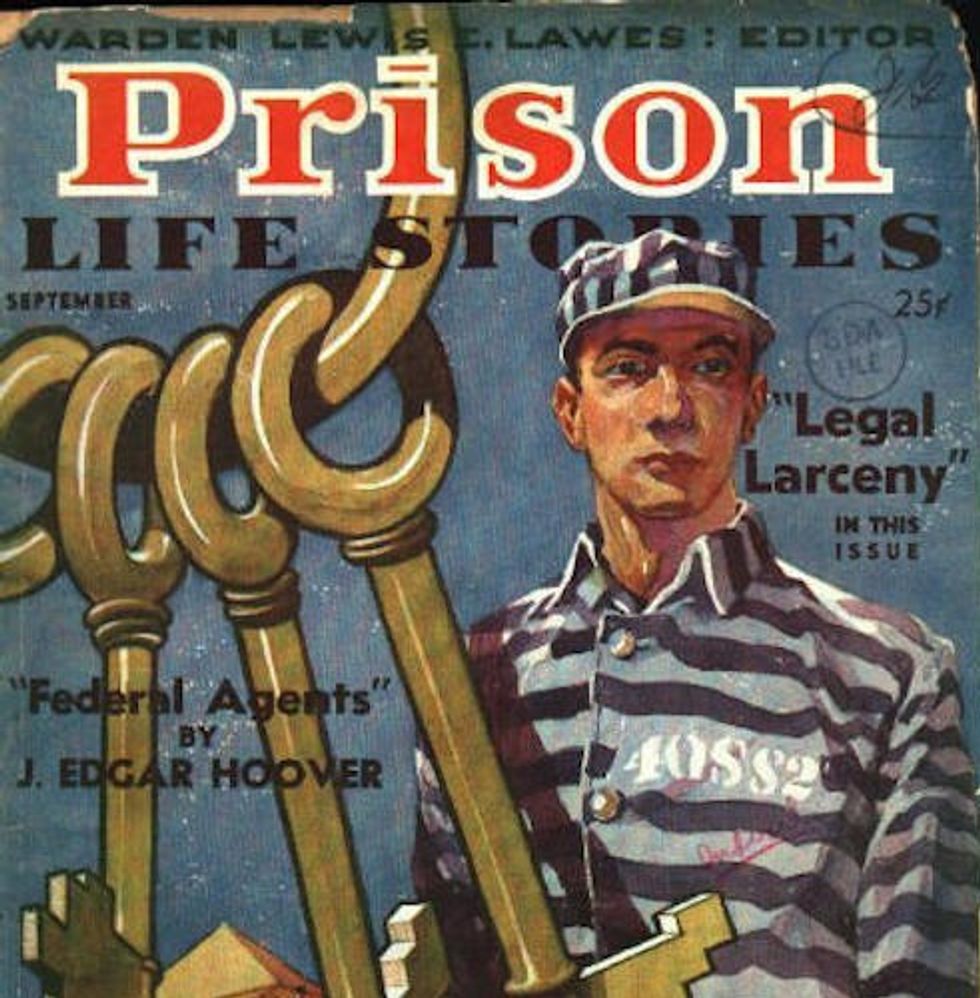 The Trump administration has been very, very good for the private prison industry, what with one Attorney General Jeff Sessions (vomit) having rewarded all the industry's campaign contributions by reversing an Obama administration decision to stop housing federal prisoners in private facilities. Of course, all the money the prison businesses gave Donald Trump and Republicans may have just been gravy, since the administration's guiding principle is that it must reverse every last thing Barack Obama ever did. In any case, one of the biggest private prisons, GEO Group, which is based in Boca Raton, Florida, broke with its previous practice of scheduling its annual "leadership conference" at a nice venue near its HQ in Boca, and instead held the event 50 miles down the road near Miami, at the Trump National Doral golf resort, not that there's anything wrong with that, is there?

GEO Group is really happy to be back in the federal prison business, having scored a great big contract to run an immigration detention center, and since the Obama policy was reversed by Sessions, the company's stock price has tripled. It's Happy Days in the misery business, that's for sure. As this nifty little graph from the Washington Post shows, GEO Group really stepped up its political game in the last election, busily handing out all the free speech it could buy:

With all its new government business, GEO Group is making out like bandits, or at least like people who make a lot of money for warehousing them:

In April, it won the Trump administration’s first immigration detention contract, a 10-year deal first proposed during President Barack Obama’s term to build and run a 1,000-bed facility in Conroe, Tex. GEO has said the project is expected to generate $44 million a year.

The company also has renewed contracts for Bureau of Prisons facilities such as the Big Spring complex in Texas, where GEO has said it expects about $664 million in combined revenue over a 10-year term.

So it only makes sense that GEO Group would hold its conference at a business owned by the president who's been so helpful to its industry. It was the first time the company had held an event at Doral since 2007, at which time Trump hadn't even bought the place yet. But it was careful to release a statement insisting this year's conference was nothing out of the ordinary, heavens, how could anyone think such a thing?

Over the years, we have held company and employee meetings at a variety of venues around the country, and as a Florida-based company, we have held meetings throughout the state, including at Doral.

Also, too, the company said it wouldn't dream of trying to use its money to influence policy:

“We do not take a position on, or advocate for or against, criminal justice, sentencing, immigration enforcement or detention policies,” the statement said. “Our political and lobbying activities focus on promoting the benefits of public-private partnerships.”

There's been a bit of complaining from "good government" killjoys about GEO Group's politicking, since if you want to get all nitpicky, federal contractors aren't supposed to make campaign contributions like the $225,000 given by one of GEO Group's subsidiaries to a pro-Trump super PAC. The Campaign Legal Center, a clean-government nonprofit, filed a complaint with the Federal Election Commission over that, but GEO Group says it's all cool, since it didn't give the PAC any money. A subsidiary, GEO Corrections Holdings, made the donation, and that makes everything legal, OK? Also, please don't suggest there's anything untoward about the two former aides to Jeff Sessions that GEO Group hired as lobbyists, or the one other guy who was Trump's campaign rep for Florida. That's all just good business practice, OK?

Besides, GEO Group's CEO, George Zoley, is just a patriotic American and longtime Republican donor who wants what's best for his country, and why shouldn't he be free to do free speech with his company's money if he wants to? You want credibility? How about this comment from notorious lobbyist for dictators Lanny Davis, who naturally enough also used to rep GEO Group. He explained to WaPo that

the company’s donations and lobbying were not aimed at bolstering its influence over policymakers. Rather, Davis said, Zoley is simply “a Republican and he liked Trump.”

Then he nailed the reporter's head to the floor (COMIC EMBELLISHMENT NOT LIBEL).

Times are good for folks in the cruelty business, and now they need a big tax break so the good times can continue. Of course, with reporters trying to expose the shoddy practices in private prisons, GEO Group is probably careful to make sure it doesn't hire anyone especially literate. If Donald Trump doesn't end up on the inside of one of their facilities, maybe he can work for them.

Yr Wonkette is supported by reader donations. Please click here to help us buy a Get out Of Jail Free card.