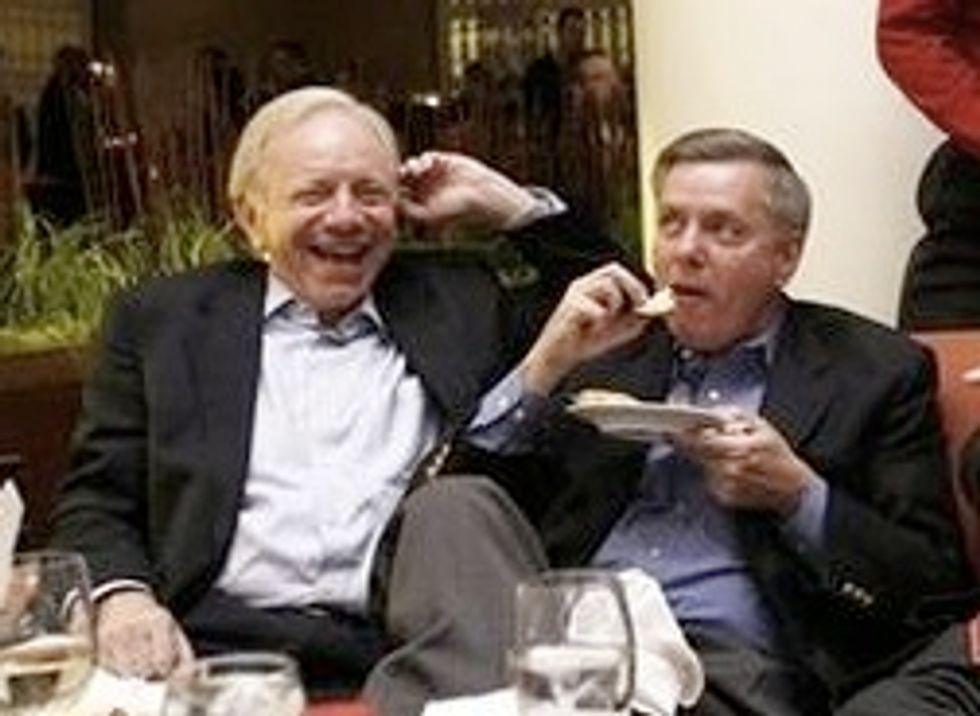 Sources in Connecticut (people who "read the entrails" by smashing a jelly Dunkin' Donut in the rocky soil?) are saying that Joe Lieberman isgoing to announce his retirement tomorrow, seeing as nobody wants to elect that moaning sack of hollow secondhand gypsy mettle anymore. Wow, what a brilliant career! There was that time he hacked up phlegm all over the accomplishments of the Clinton administration in the 2000 presidential election. And then there was the time his hair foamed as he struggled to eke out re-election in 2006. And then there was the time he triple-kissed John McCain and Lindsey Graham daily in the 2008 presidential contest, swapping gross, dusty, fishy saliva with those two other annoying awful senators. That is a whole lot of disgusting old-man face fluid.

UPDATE: A well-sourced Connecticut blogger is reporting that Lieberman will announce his departure.

And Politico has some "sources" too. Good enough for us! Those two are never wrong. But even if this is true, it will take years to pry Lieberman from his desk on the Senate floor, because he excretes a glue-like mucus resistant to even the strongest of acids. [HuffPo]