Gross Old Virginia Dem: I Wasn't Boning That Teenage Secretary, It Was Haxxors! 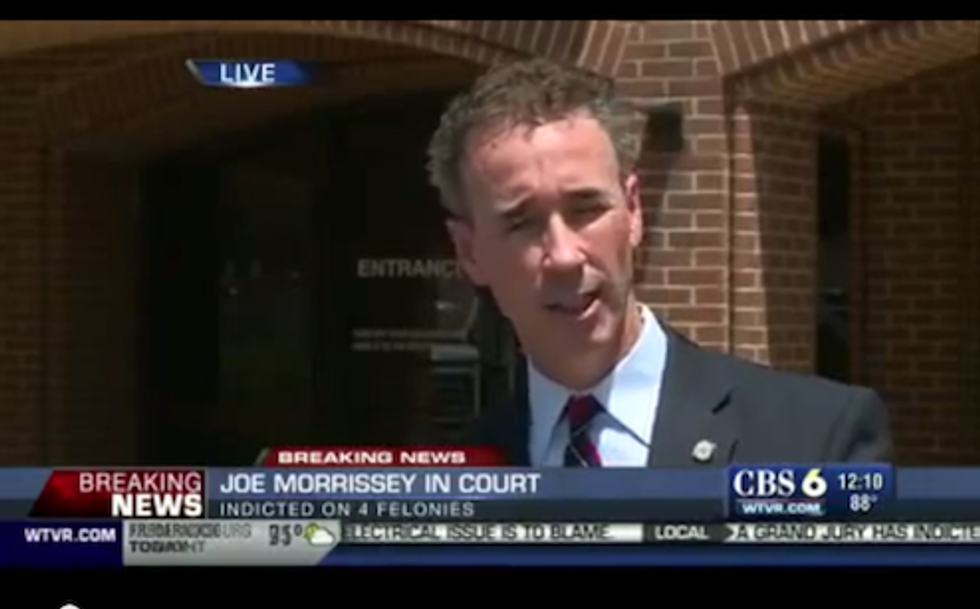 Hey, gross old Virginia Dem Joe Morrissey, were youboning your teenage secretary, and asking her to send you pictures of her muff, and otherwise being gross and disgusting? You were not? It was LESBIAN HAXXORS who planted those sexts in both your teenage inamorata's phone and yours, including the instant classic "OMG I just fucked my boss"? GOOD TO KNOW, we guess you will not go to jail now for being gross and disgusting, unless you do! But please do tell us allllll about it, including, please, your preferred names for her nanny and your thingie, and how much you cried before, during, and after? Also, you guys, did we mention he totally accuses the HAXXOR of being another girl with a lesbionic crush on his teenage amour. Now you will read on, no?

“________________McKinney is key to this investigation. In December of 2013 Myrna and her friend Kayla were at the gym, planet fitness on Midlothian,” he continued. “_______________ came in and there was a loud heated argument that was captured with recording equipment. You could hear Myrna raising her voice, ‘How could you dare do that? Go into my phone?’ The other girl says in her own words that she hacked into the phone.”

Do the teen and Morrissey both insist they were not in fact doing the pork? Sure! Is the prosecutor maybe a cool vendetta kind of guy? Possibly! Is it the firm editorial stance of yr Wonket that 17-year-old girls should be allowed to fuck older gross disgusting skeeves, and that statutory rape is not actually rape-rape (RIP Whoopie Goldberg, and also you were wrong about Roman Polanski, but if he hadn't you know ACTUALLY DRUGGED THE GIRL WHO WAS BARELY IN HER TEENS, you would have been right! If she weren't also a child!), and considering it as such denies young women their own sexual agency? YUP. (Unless you are a teacher having sexual agency with a student, in which case GO TO JAIL. Or if the child is an actual child. Or, you know, if she says no, EVEN IF IT IS ONLY TWICE.)

Right, where were we?

Morrissey, 56, of Henrico County faces felony charges of indecent liberties with a minor, possession and distribution of child pornography, and electronic solicitation of a minor. He also is charged with a misdemeanor count of contributing to the delinquency of a minor.

Don't sext at your teenage girlfriend please, Morrissey, and definitely don't show her muffin to your buddy, you fucking pig. Jesus, go to jail just for that.