Guess Which Fraternity Is Suspended For Being A-Holes This Time! 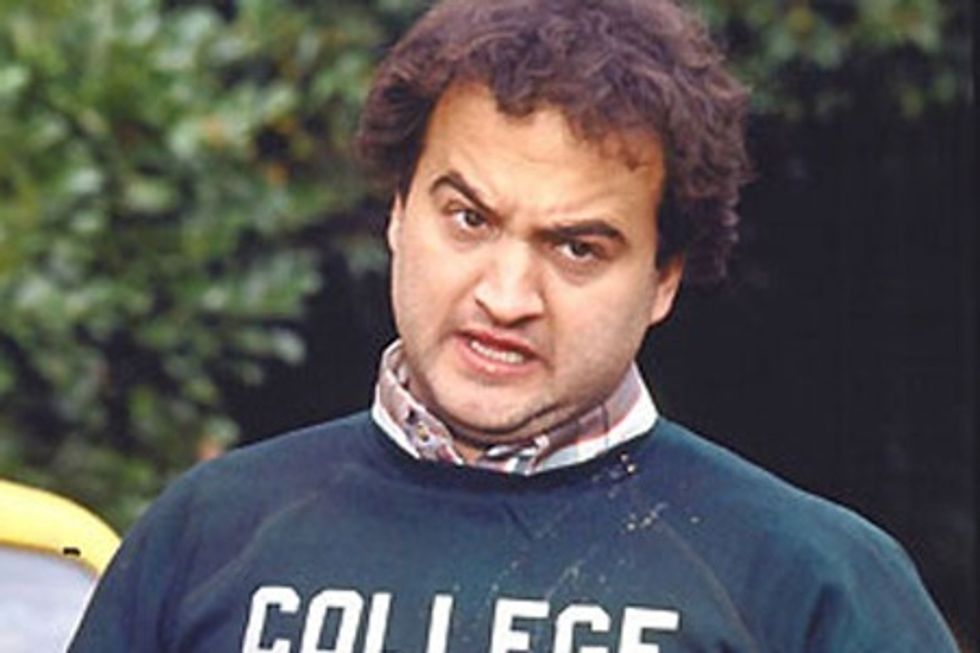 Aw heck, would you look what we have here? It's another news story about another fraternity doing dickish things because that's what fraternities do, even though yeah yeah, we know, that is not what the Greek life is really about. (Yes it is, and you are never going to be able to persuade us that we're wrong. Especially when we have to keep reading stories proving we are right.)

This time it's Kappa Delta Rho. Who are they? According to their website, "For over one hundred years Kappa Delta Rho has developed educated gentlemen who promote human dignity, positive relationships among men, and moral excellence of the highest ideals." And their motto is Honor Super Omnia, or "Honor Above All Things." That's nice. Honorable too.

So what did the fine gentlemen of Kappa Delta Rho do to promote human dignity this time? Well, at the Penn State chapter (and come on, probably all the other ones too), they've built positive relationships among men by creating some private Facebook groups to share pictures of naked unconscious chicks, as gentlemen do. The fraternity has been suspended, for now, by the Office of Student Conduct and Interfraternity Council (IFC), who seems to exist to order suspensions and investigations of Fraternities Behaving Badly, even though of course the fraternity is cooperating fully with the local police, who have issued a search warrant:

State College police said nearly 150 current students and alumni had access to the private pages, which also included photos of hazing and drug sales. Most of the other photos were primarily of women, partially clothed.

“It appears they were passed out or sleeping,” Lieutenant Keith Robb of the State College police told WJAC TV.

Oh REALLY? Drugs and hazing and photographing unconscious women without their consent? At a fraternity?! Why, we never! Next you'll tell us there was gambling going on!

The national fraternity's executive director, Joseph Rosenberg, said in a statement that the chapter has been suspended for the remainder of the semester and will be investigated, after which "we will evaluate these further findings and make a decision regarding the Penn State chapter that is appropriate for all parties." As you'd expect, the fraternity's leadership "is committed to hold our brothers accountable for their actions."

Based upon past experience of watching this Frat Bros Busted For Behaving Badly sort of thing play out -- as recently as a week ago; good lord, bros, take a break and try being Not Dicks for a while -- the fraternity will possibly expel the ringleaders, apologize, promise to Do Better, and then continue existing because it's not as if the entire Greek system is inherently bad. Just a few bad apples. Or 150. Whatever.

Anyway, the fraternity will most assuredly put a stop to this most ungentlemanly conduct:

Clever nickname, Kappa Delta Rho brothers! Not that this would EVER happen, but we look forward to finding out what you fellas decide to name version three point oh, once all this unpleasantness has settled and the IFC can move on to suspending and investigating whichever fraternity is next discovered for being a bunch of dicks.

[The Guardian via Think Progress]