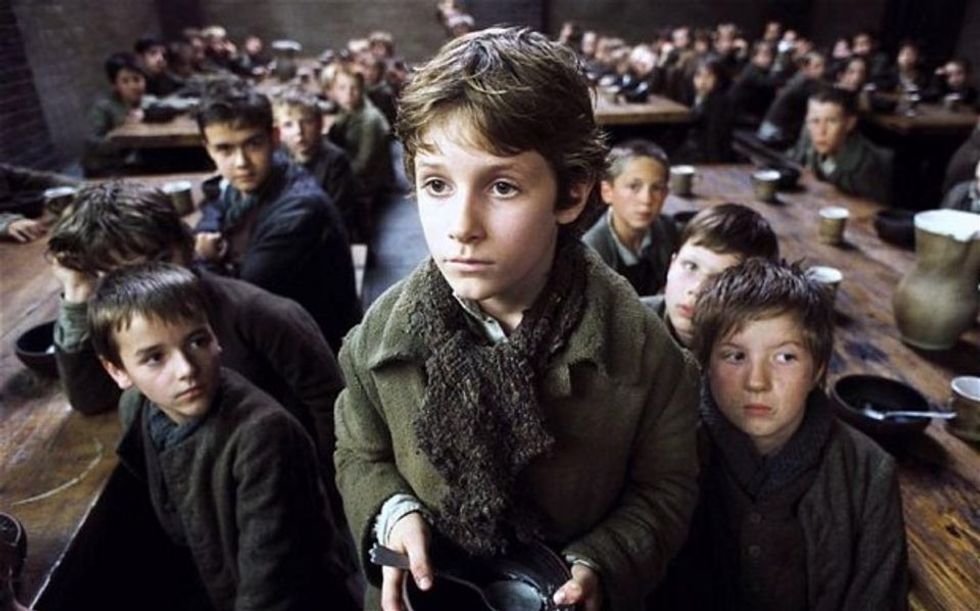 Just to prove that Republicans do not have a monopoly on dick moves, Florida Rep. Alcee Hastings, who is ostensibly a Democrat -- the kind who won't campaign against Republicans -- is the latest member of Congress to whine about how underpaid he is, it's so unfair, members of Congress can barely survive on their six-figure salaries, waaaaaaaah:

“Members deserve to be paid, staff deserves to be paid and the cost of living here is causing serious problems for people who are not wealthy to serve in this institution,” the Florida Democrat said at a Rules Committee meeting, referring to the average member’s $174,000 annual salary. “We aren’t being paid properly,” he later added. [...]

He said that members with children come to realize “that on the salary that they make, they’re going to be unable to send their children to college.”

Hastings is hardly the first member of Congress to complain about how underpaid he is, even though his salary (plus all the fabulous perks and benefits that come with the gig) far exceeds the median income for Americans -- about $51,000, which is, you know, LESS. And yet many of those five-figure-earning Americans figure out how to send their kids to college, even if it means they do not get to live in "a luxury complex in Northeast D.C.," which Hastings can no longer afford, poor guy. Former Georgia Rep. Phil Gingrey, worth a mere $3 million, complained in 2013 that he was "stuck" in DC making his paltry congressional salary, while Capitol Hill aides got to put in a few years and then go become rich lobbyists. Gingrey has since been appointed to the Georgia World Congress Center, which sounds like an awesome gig where you get to sit in the luxury box at all the sportsball events and get thousands of dollars' worth of fabulous gifts and prizes.

Then there was Wisconsin Rep. Sean Duffy (R-Real World), who complained about how he's so poor and underpaid, he has to drive a used minivan. Shudder, gasp, sob.

And let us not forget former Virginia Rep. Jim Moran (D-Because Both Sides Do It), who moaned last year that "the American people should know that the members of Congress are underpaid." Guess that's why he retired so he could take a gig as a lobbyist with the firm McDermott Will & Emery, to beg his old colleagues in the House for defense contracts because, QUOTE, "many of my closest friends are on the defense appropriations subcommittee."

Hastings, meanwhile, claims the reason he wants even more money is to prevent Congress from becoming an "elite" institution that only rich people can afford to join, HAHAHAHAHAHA TOO LATE! The median net worth of members of Congress is $456,522, and about a third of them are millionaires, just like average Americans. Rep. Darrell Issa (R-All The Investigations!!!) is the richest, worth at least $357 million.

Hastings also thinks staffers need to be paid more too, which is kind of him to say, and yeah, here's the part where we remind you that in 2012, Hastings made the distinguished list of top representatives paying sweet "fees" and "salaries" to family members, giving $622,574 to his girlfriend. We have no idea how she's managed to survive. At least Hastings isn't one of those jerks who wants to abolish the minimum wage. Earlier this year, he called for a ballot measure in Florida to increase the state's minimum wage -- to a whopping $12.50 an hour. That's better than the current $8.05, and Hastings has said he'd prefer $15, but no one would ever go for that. He did not say how Floridians making even $15 an hour would be able to send their kids to college or live in luxury apartments in the toniest neighborhoods, but maybe if we give Hastings a raise, or at least a tax credit, he'll get around to that one eventually.