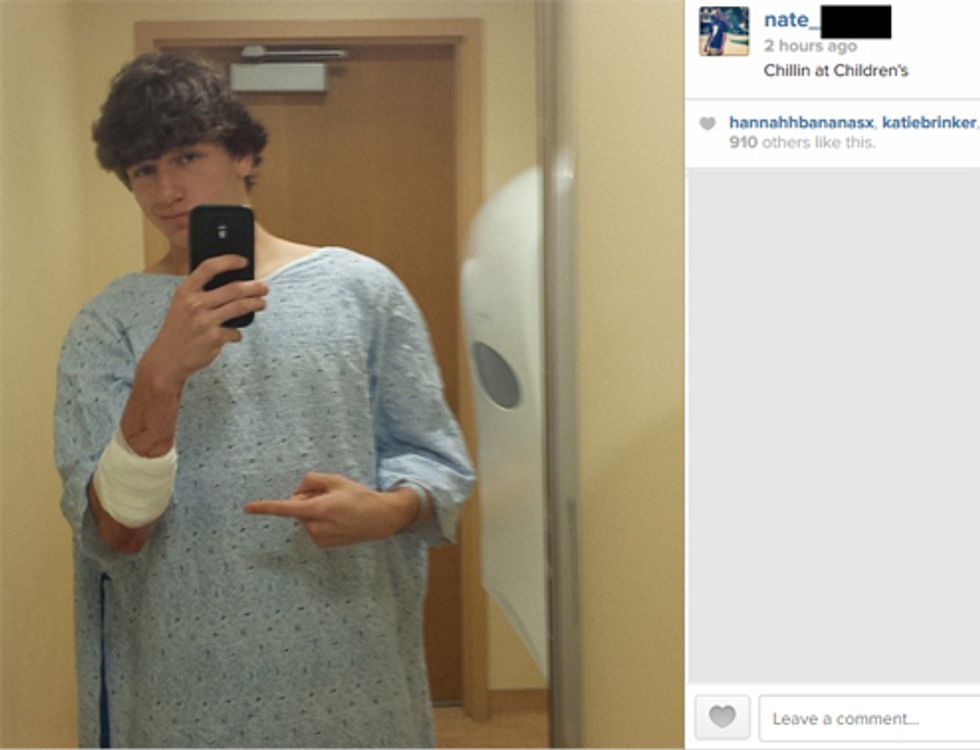 You've probably already heard about the awful attack at Franklin High School in Murrysville, Pennsylvania; 20 people injured, four of them critically, and a suspect, a 16-year-old male sophomore, is in custody. It's not clear how many of the injuries directly resulted from the knife; some may have also occurred while kids were trying to get away. Although some of the worst injuries were life-threatening, everyone is expected to recover. No word on possible motive yet, although it's pretty obvious it never would have happened if children still prayed in school.

You will be astonished to learn that the attack in the Pittsburgh suburb is already being cited as evidence that gun control is worthless.

Our pals at The Truth About Guns describe the event as a "Chinese-Style Knife Attack," since there have indeed been a number of attacks on schools in China by people wielding knives, although in most of those cases, it was an adult outsider, not a student, who initiated the attack. The blog post smugly sums up:

As someone once said, the only way to stop a bad guy with a gun (or a knife) is a good guy with a gun. Of course, as we all know, our schools are sterile, gun free zones where, with the occasional exception of a resource officer, guns are prohibited. Kinda like our military bases. How’s that working out?

Yr Dok Zoom also recalls that while he lived in Japan, someone would occasionally go berserk with a kitchen knife, stabbing or slashing people in a shopping mall or other crowded area, often with multiple injuries. One big difference from the American way of crazed people creating mayhem: a far lower number of deaths/injuries. Also, we don't recall anyone in Japan ever saying, "Well gosh, if only a whole lot of us were carrying guns all the time, this never would have happened." That, of course, is because Japanese people have no appreciation of freedom or individuality.

And let's just repeat this point about today's attack: No one died, and even the most severely wounded victims are expected to recover. This, despite an emergency surgeon's assessment of the worst injuries:

Rubino said the worst injuries almost had a pattern. The knifeman aimed for the lower abdomen and significantly damaged internal organs.

Somehow, we have a feeling that the headlines would be far different if the suspect had had a gun. Are we politicizing this tragic event? You bet your ass we are.

But also, let's close with a little celebration of how normal kids react to something awful. One of the kids who suffered minor injuries in the attack has already posted a selfie:

And good on Nate Scimio for his attitude, and for being a genuine hero kid: According to a tweet reproduced in the NY Daily News story, Nate pulled a fire alarm and yelled to get kids out of the way of the attacker. There's a good guy who didn't need a gun.