Gun Nuts Refuse To Fondle Any Gun Smarter Than Them 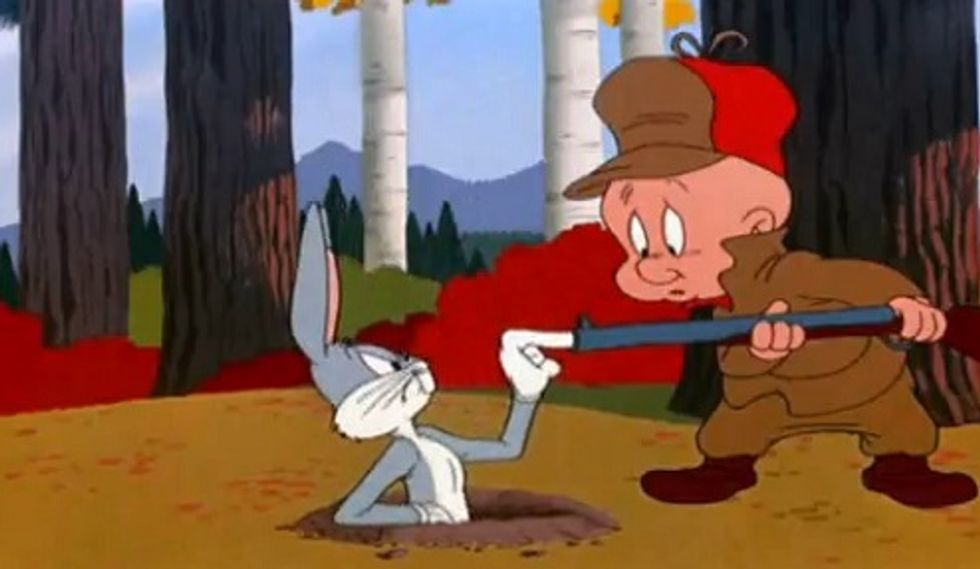 Welcome friends, to the show that never ends: the insane rage of gun fondlers and their eternal hard-ons for the weaponry they must own and the anger bubble they live in as the eternal price of making sure no one ever, ever, ever, not ever even winks at a whisper of a hint that someone, somewhere might impose any kind of gun control restriction. Because that is the first step on the road to a world without guns, and then what will these ferret-blowing rage machines be upset about?

Last week we told you about Belinda Padilla, a nice young executive for gun manufacturer Armatix. Padilla has been working hard to sell the company’s iP1, a so-called “smart gun” that can only be fired when the person firing it is wearing a microchip-embedded wristwatch that identifies him or her as the authorized user. The iP1 is the first of its kind to go on sale in the U.S. market and at $1,800 a pop, seems like more of an expensive novelty item than anything else. Still, the gun fondlers have reacted to its appearance as if Armatrix was a gypsy circus trying to steal children.

Padilla had an agreement with Oak Tree Gun Club in Los Angeles to sell the iP1 and assorted other merchandise, only to see the deal disappear when Second Amendment lovers inundated Oak Tree with threats of boycotts and “vigilante-style” investigations. Last week an agreement with another gun store, Engage Armament of Rockville, MD., to sell the iP1 also went down the tubes after the sane, rational gun nuts -- who love freedom, after all -- threatened to burn down the store and kill owner Andy Raymond, his girlfriend and even his bulldog, Brutus. Raymond was so shaken by the whole experience that he made a video in which he alternately raged at the gun nuts for being such jerks and apologized for making a decision as a small business owner to try and sell a piece of merchandise.

Seriously, look at the pictures of Andy Raymond surrounded by his store’s inventory. Does he look like a guy you want to mess with?

One final note: in his story about Belinda Padilla, our own DDM wrote of the iP1 “Sure, they say it is a watch, but are we sure it isn’t A YELLOW STAR TO HOLOCAUST GUN OWNERS, HENNGH?” Now go here and read the comment posted by one tonyr4096 at 7:17 Sunday night. Eerie, isn’t it?

In other gun news, open-carry advocates continue to be fucking jackasses. We’ve said it before and we will say it again: just because you CAN carry a rifle openly in public in Texas does not mean that you SHOULD, or that it is a reasonable and smart idea.

And in Montana we might have a test case for the legal doctrine that says it is perfectly okay to leave your garage door open in a purposeful effort to bait potential burglars to come in just so you can shoot them. Or you could, you know, not be a paranoid, calculating, gun-toting sociopath and instead try being a decent fucking human being. But that’s just us.