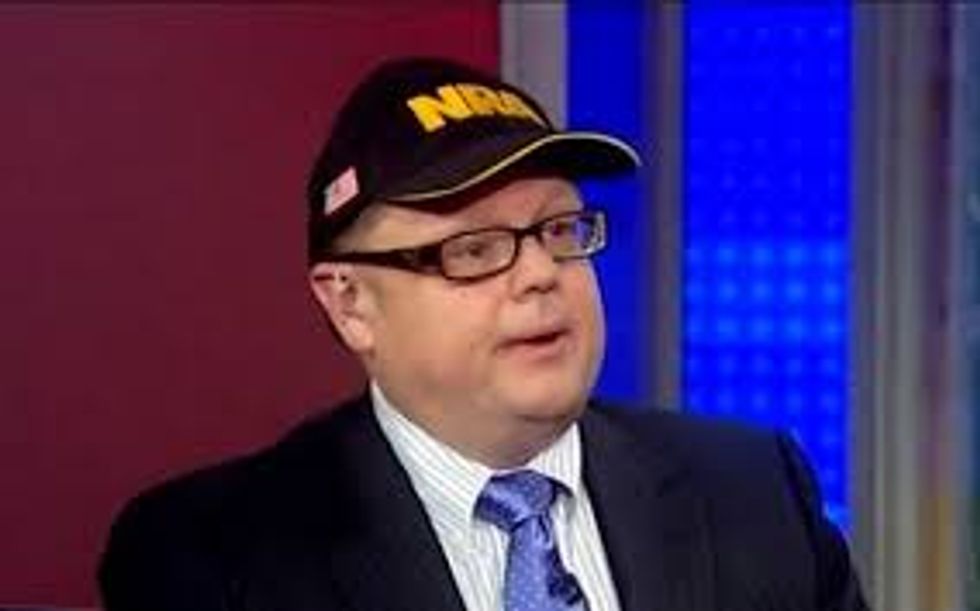 Mommy's Good Boy Todd Starnes would like to have a wordwith the LGBT community about how totally intolerant they are! Cause like, they SAY they are tolerant, but then when someone wants to come around and promote intolerance or discriminate against them, they're all like "We won't tolerate you! You can't discriminate against us!" and how is that even fair?

In an op-ed or... something, for FoxNews this week, Starnes decried the organizers of Charlotte, North Carolina's Pride Parade for refusing to allow a group calling themselves "Deplorable Pride" (referred to by Starnes as "Gays For Trump") to have a float in this year's pride parade celebrating Donald Trump and how super great they think he is.

Charlotte Pride explained in a statement that they are, duh, allowed to tell people they can't have a float if those groups do not reflect the mission of the organization.

Charlotte Pride envisions a world in which LGBTQ people are affirmed, respected and included in the full social and civic life of their local communities, free from fear of any discrimination, rejection, and prejudice.

"It’s just unfortunate that Charlotte Pride does not practice what it preaches," wrote Starnes, referring to the statement. Zing?

["Deplorable Pride" Spokesperson Derek] Van Cleve told me there’s not all that much diversity in the local LGBT organization.

“I’ve been to many pride festivals in the past and it’s pretty much a big DNC convention,” he said. “It’s extremely liberal.”

Charlotte Pride has a right to pick and choose who they wish to parade with – that issue is not in dispute.

But their decision to ban “Gays for Trump” smells of narrow-minded political bigotry.

Charlotte Pride should be celebrating diversity. Instead, it appears they are shoving gay Republicans back into the closet.

Oh? You mean like where Todd Starnes thinks they ought to remain? Huh!

Here, by the way, is a thing Todd Starnes once said about gay marriage:

"You know it's interesting because the passage of the Bible that people -- that people talk about in regards to, you know, the act of homosexuality, it goes further to talk about that. That men should not lie with beasts. And the women should not do that either. All this kind of stuff. I think the point I was trying to make there is that once you decide, you know what, marriage is not just between a man and a woman anymore, well, why are -- you know, if you open it up, where do you draw the lines? Where do you draw the lines?"

He's said a lot of other stuff stuff too, about gay people, about trans people, about how unfair it is that kids aren't being taught to hate them these days... Here is a helpful list of those things!

You know, if Todd Starnes is confused as to why Charlotte Pride might feel that a float supporting Donald Trump conflicts with their message, he should consider asking Todd Starnes about that!

Because there Todd Starnes is, in front of God and everyone, including Todd Starnes, promising America that Donald Trump will make it so people can be free to discriminate against LGBT people.

"Deplorable Pride" has since announced that they will be filing a lawsuit against the parade, and has launched a GoFundMe hoping to raise $100,000 for "legal fees." So far, they have raised $6,918 dollars. Given that you can't actually sue a group for not including you in a parade, what that money will actually go to is anyone's guess.

You know what is a better use for your money than a GoFundMe for Trump idiots? GIVING IT TO WONKETTE! Click below to donate!