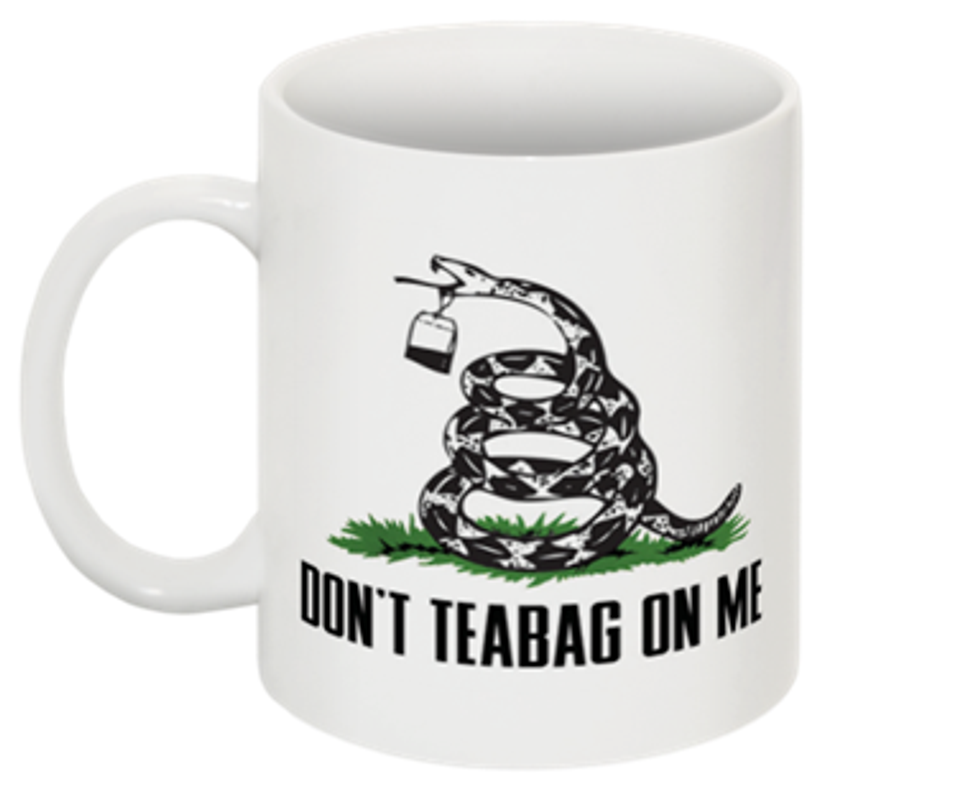 Happy sixth birthday to the Tea Party! Okay we’re a little late here, as the big day was in the middle of last week. We have just been so busy writing about all the insane horseshit you teabaggers have unleashed on our politics that we forgot to stop for a minute and appreciate the six years of joy you have brought us, with your whining and hollering and dressing up in leftover costumes from our first-grade play about the Founding Fathers.

Really, do you still think knee britches are a good look for you? They don’t look a little…European?

Anyway, happy belated birthday, sweeties! Hard to believe it has been six years since that wild-eyed asshole Rick Santelli used his televised perch from the floor of the Chicago Mercantile Exchange to excoriate the Obama administration for trying to help underwater homeowners, and to suggest that all the traders in his vicinity gather up a whole bunch of the “derivative securities” that had helped fuel the economic crisis and hold a tea party to dump all the derivatives in the Chicago River. It was just a throwaway daytime TV rant on a third-rate network. And yet, within days there were Tea Party groups all over the country screaming about tyranny and moochers and respecting the Constitution (though not necessarily the president whose recent election that august document had paved the way for).

Then Santelli, having midwifed this abomination into the mainstream, disappeared forever. But it was too late. Who knew that there was a whole nation of colonial cosplayers out there who just needed someone like him to shove a rag into a gas tank and touch a lighter to it?

And just in time, too. Because the Kenyan Usurper wanted to shove a whole bunch of health insurance down your throats by ramming legislation through Congress, using only the democratically elected majority available to him. But you guys threw a year-long tantrum, you held rallies, you wore your adorable costumes and zoomed around on your Rascals and elected a bohunk former model to Teddy Kennedy’s old Senate seat, all so that you could…well, not really do anything, since Obamacare still passed and was signed into law. But you sure gummed up the works and made the entire country depressed and exhausted with your yearlong tantrum, so yay you.

Then there were the grifters your movement attracted, because you people are stupid. A partial list: Sarah Palin,Glenn Beck,Andrew "Still Dead" Breitbart,The Stupidest Man on the Internet,Michele Bachmann,Herman Cain,Joe Walsh,Christine O’Donnell (who was Not A Witch), Ben Carson, plus all their assorted acolytes and imitators. Truly, a Murderers’ Row of intellectual firepower, quite a few of whom managed to suck your hard-earned money out of your pockets to invest in survival seeds you could hoard before President Obama initiated race war and sent his New Black Panther Army sweeping across the plains to take your guns and institute sharia law.

No seriously, this is the subject line of a Tea Party email that hit our inbox just today: Roll Over Your IRA or 401k Into Gold Using This IRS Loophole - No Cost Guide Reveals How.

On the other hand, you people have been utter gold for Wonkette, and for that we thank you. Heck, this particular Wonker might not be writing for this mommyblog at all if it wasn't for you and your hilarious understanding of history.

The Republican Party knew just what to do with you. It harnessed your energy for the midterms in 2010 and 2014, then turned around and nominated a liberal squish for the presidency in 2012 and may very well nominate another one in 2016. Now even some of them are sick of you and would be happy to push you aside. Don’t let it happen! Nominate Scott Walker. We’re going to need the laughs.

Childbirth is never pleasant, with the pooping and the bodily fluids and the squalling, red-faced noise machine that is the end product of the entire mishegas. But no birth in history has been quite as ugly as that of the Tea Party, launched as it was in a frothing miasma of spittle, tri-corn hats, and unchecked, inchoate rage. And unfortunately there were no British nannies around in the early years to give the teabaggers a good shake. Our hope now is that, like other kids your age sometimes do, you’ll wander out into a field and fall down a well.

Happy Belated Birthday, Tea Party, and may god have mercy on the rest of us.

Celebrate the Teabaggers' birthday with a Don't Teabag on Me cup! Or just send us money, fuck it.