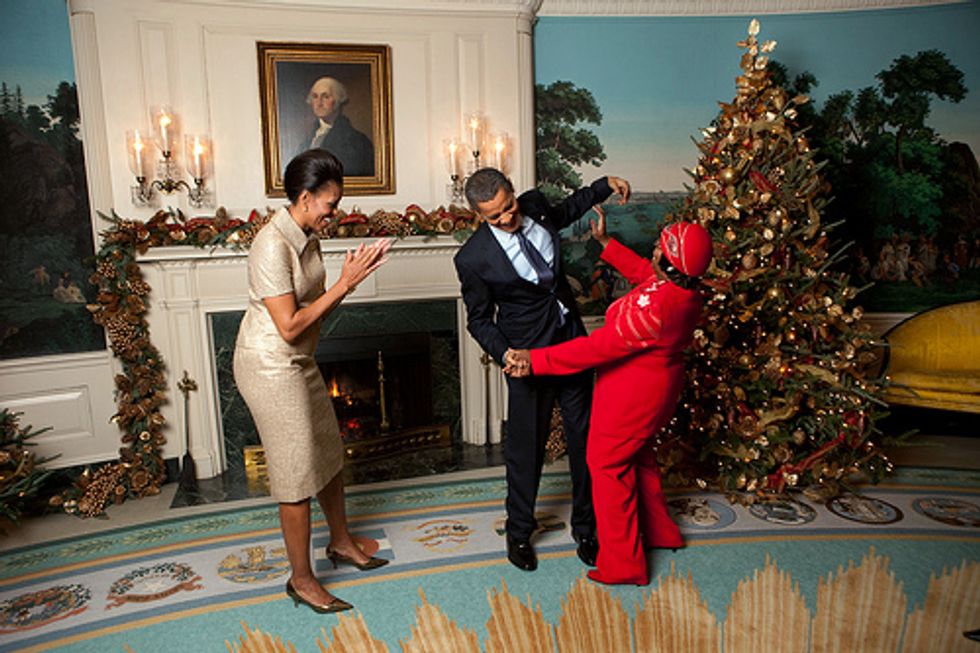 Carl Paladino, the New York businessman who may or may not end up with a job in the Trump administration, had his usual gentle murmurs regarding our first lady, Michelle Obama.

They were not nice murmurs. They were very bad murmurs. And Michelle Obama has borne almost as many of them in just eight years as Hillary Clinton has borne in 30.

Here's what this fucking pig said, but you're not going to like it, and it's going to make you angry, and you'll probably turn off Wonkette for the rest of the day and we don't blame you, we're going to too:

Carl Paladino: Michelle Obama. I’d like her to return to being a male and let loose in the outback of Zimbabwe where she lives comfortably in a cave with Maxie, the gorilla.

Paladino verified to The Buffalo News that he did make the comments, while at the same time slamming News editors for inquiring.

"Of course I did," he said Friday morning. "Tell them all to go f--- themselves."

First of all, Michelle Obama is a man jokes are VERY hilarious, the sign of a truly marvelous wit and not at all a pathetic shriveled squid fist where a human brain should be.

Second: Michelle Obama is a gorilla jokes are not only equally as hilarious as Michelle Obama is a man jokes, they have that added frisson of danger and taboo because racism is still, for now, considered a bit more outre than transphobia. I bet Carl Paladino got a hate boner saying this joke.

Third: Carl Paladino has been making with the Obama gorilla jokes for YEARS. But he's not racist because he said so.

Fourth: Even John McCain has stopped telling gorilla rape jokes. THAT WE KNOW OF.

I will never, ever, ever give any one of the Trump crew and cronies the benefit of any doubt, or fairness, or magnanimity ever ever ever again.