Harry Reid Is Your New Grandmaster Of Senate Chess 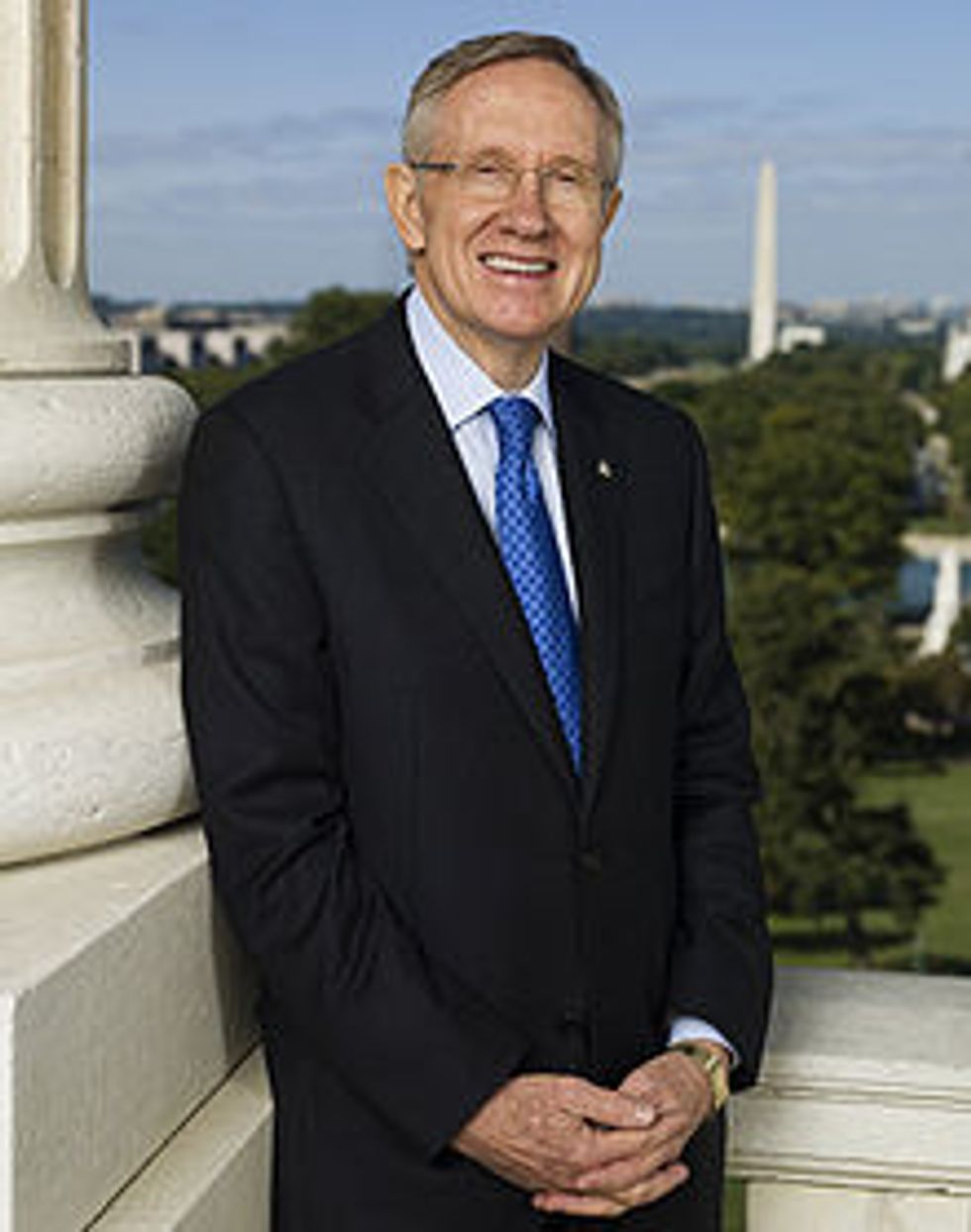 Harry Reid is not perfect, as he'll be thefirst to tell you. Second to tell you will be your Wonket, your Wonkette, and all of les enfants terrible who would leave comments here, if we allowed those. It's a three-way tie of telling you second.

That said, we can't think of anyone who's more responsible for last night's favorable resolution to the government shutdown/debt limit fiasco than Harry Reid. The Senate's bill, passed last night by the House and signed by our benevolent dictator B. Barry Bamz, reflected Democratic preferences on the timing of the next debt limit and continuing resolution fights. Republicans also agreed to return to regular budget order, so the next time Congress guts social insurance it will be regular and orderly, thank goodness. Let's explore how Harry Reid got us here, and why he is your latest nominee for Wonkette's coveted Legislative Badass of the Year award, which will likely never be awarded, because we forgot.

The Stormin' Mormon made the right move at every juncture. Wielding Senate procedure like a Ninja of Law, he made the House's first, absurd "Defund Obamacare or we will yell at Park Rangers!" continuing resolution "fully debatable on both ends," which is a sexy way of saying that if Ted Cruz wanted to make good on his promise to do "everything in his power" to defund Obamacare, he would have to "filibuster" a bill that defunded Obamacare, then vote to end debate on the bill he "filibustered," then watch as Harry Reid gave himself sole power to amend the bill (via a total power move called "filling the tree"), strip out the defunding provision, and put the bill up for a simple majority vote, sending it back to the House with a figurative note reading "Better luck next time, bozos."

This is no surprise; Harry Reid has been doing Jedi shit with the Senate rules since forever. What was surprising was the adroit way Harry handled the message side, aside from when he kinda-but-did-not-actually say he didn't want to help kids with cancer. He was exactly right not to let Republicans pretend like the shutdown/default threat wasn't over Obamacare, which became their strategy when many of them realized they sounded like idiots and everybody was sick of hearing about Obamacare.

But most importantly, Harry Reid took enormous pressure off of Obama by never forcing him to veto a bill he didn't like, allowing him to say throughout that "Congress" needs to pass a bill to end the shutdown and raise the debt limit. Yeah, Congress includes Harry Reid. Harry Reid doesn't give a shit. Harry Reid can take the heat. It was clear this strategy was working when we first saw the Ted Cruz-approved hashtag #HarryReidsShutdown on Twitter. "Perfect," we said. The GOP and their supporters had taken the bait -- they were attempting to pin the blame for the shutdown on a guy few people even knew that much about. They may as well have made it #AdlaiStevensonsShutdown. Twitter didn't care about Harry Reid, and they still don't. But they should, because -- for now, at least -- he's the man.